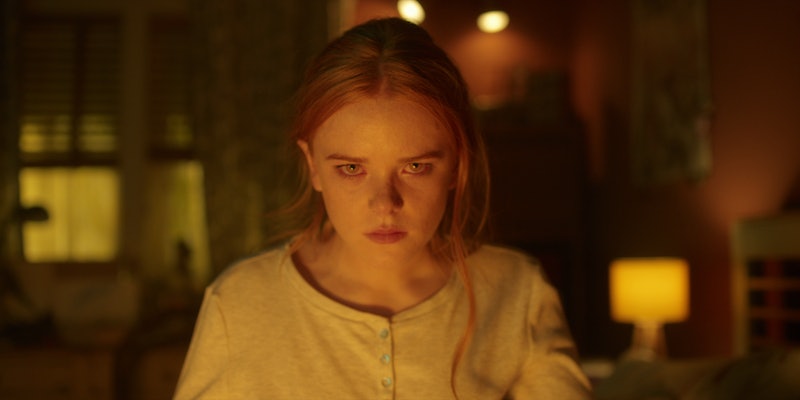 Spoilers ahead for season one of Fate: The Winx Saga. Fate: The Winx Saga is the latest YA series to top the Netflix charts. The Harry Potter-come-Riverdale series is a coming-of-age story centring on Bloom, a fairy who discovers that everything she thought she knew about her family history isn’t the truth (sound familiar?), leading her on a search for answers about who she really is and where she came from. While we don’t know for certain who Bloom’s real parents are, there are some good theories out there.

Early on in season one, Bloom (Abigail Cowen) finds out that she is in fact a “changeling”, a fairy who was swapped with a human baby at birth. Which means that the parents that she has known all her life are in fact not her birth parents. Suddenly, things start to make sense for Bloom, including the fact that her magical abilities are (as Aisha notes) are far too strong to be from a “dormant fairy bloodline”.

So Bloom was born to fairies, something her human parents weren't aware of until she tells them in the finale episode of season one. (This is where Fate differs from its Winx Club source material: in Winx, Bloom's parents always knew she was not their biological child.)

For much of season one, we follow Bloom on her quest to find out who her real parents might be and how she ended up in California in the first place. Pushed on by fellow Alfea student Beatrix, Bloom finds out more and more about the elusive Rosalind, Alfea's ex-headmistress whom some fans think could be Bloom’s birth mother.

This theory mainly stems from the fact that Rosalind is revealed to have imprinted a memory onto Bloom as a child – something the young fairy keeps having visions of throughout season one. Through pursuing this memory, Bloom finds out that she was originally found in Aster Dell, having been kidnapped by Blood Witches as a baby due to her extraordinary powers. Rosalind rescued Bloom and took her from the Otherworld to the First World (Earth), ending up in California. Was she trying to keep her safe? A mothering instinct forcing her to make a difficult choice?

Rosalind certainly knows a lot about Bloom’s history – she seems to understand Bloom’s powers, and is able to answer Bloom’s questions regarding her family – but she also seems to be very interested in using her powers – perhaps too interested. And, as we learn at the end of season one, Rosalind is a dangerous fairy whether she's Bloom's mother or not.

Another theory floating around suggests that Farah, the current headmistress at Alfea (until the finale episode, at least), could be Bloom's mother and that she'll be back in season two despite having her neck snapped by Rosalind. There was certainly a special connection between Farah and Bloom in season one, and the headmistress seemed to have a warm (almost parental?) attitude towards the changeling.

Of course, one very string fan theory follows the original Nickelodeon Winx Club animation, where Bloom's biological parents are Oritel and Marion, the king and queen of the realm of Domino. There's been no hint of this yet in Winx, but I'm sure fans would enjoy learning that Bloom has royal ancestry.

Whether Rosalind, Farah, or someone else entirely is Bloom’s birth mother, we don't know for certain yet. Something we can look forward to Bloom exploring further in season two, perhaps?