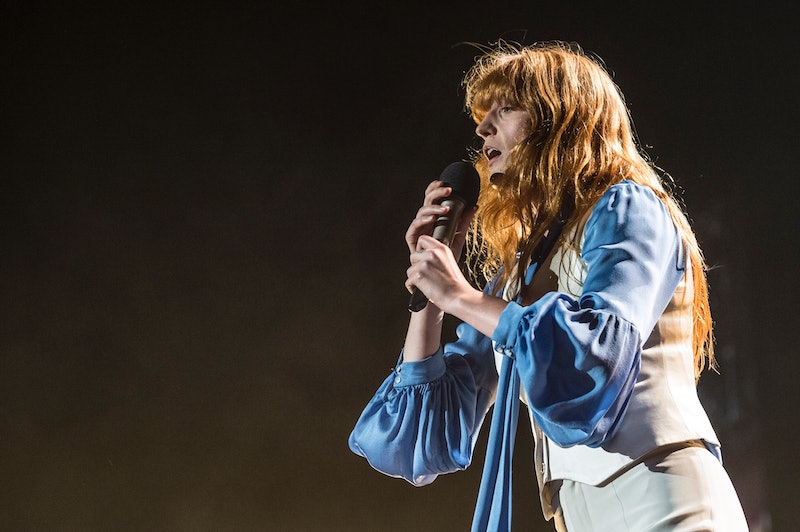 Welch will write the lyrics with her band, the BBC reports, and song producer Thomas Bartlett (who received an Oscar nod for his song with Sufjan Stevens “Mystery of Love” from the 2017 film Call Me by Your Name) will be in the writing room also. The script will be written by Pulitzer Prize winner Martyna Majok and Olivier Award nominee Rebecca Frecknall will direct, writes Deadline.

“This book has haunted me for a large part of my life. It contains some of my favourite lines in literature,” Welch – who previously performed “Over the Love” for Baz Luhrmann’s 2013 film adaptation of The Great Gatsby – said in a statement when the news was announced.

“Musicals were my first love, and I feel a deep connection to Fitzgerald's broken romanticism,” the “Cosmic Love” singer continued. “It is an honour to have been offered the chance to recreate this book in song.”

Majok, author of Ironbound and Cost Of Living, said: “I’m thrilled, honoured, and inspired to work with this company of extraordinary artists, and to get to live in F. Scott Fitzgerald’s transcendent, gorgeous words. I’m also overjoyed to be reunited with Rebecca Frecknall, with whom I had the most wonderful experience working on my play, Sanctuary City.”

The musical is expected to debut on Broadway in New York but no dates have been set yet.

More like this
Rita Ora Finally Opened Up About Marrying Taika Waititi & Their "Perfect" Wedding
By Sophie McEvoy and Catharina Cheung
Twitter Is Saying The Same Thing About Beyoncé's Renaissance World Tour
By Shahed Ezaydi
“I’m Not Here To Make Friends” Speaks To A New Sam Smith Era
By Maxine Harrison
How To Buy Tickets For Beyoncé’s UK Renaissance Tour Dates
By Shahed Ezaydi
Get The Very Best Of Bustle/UK
Sign up for Bustle UK's twice-weekly newsletter, featuring the latest must-watch TV, moving personal stories, and expert advice on the hottest viral buys.