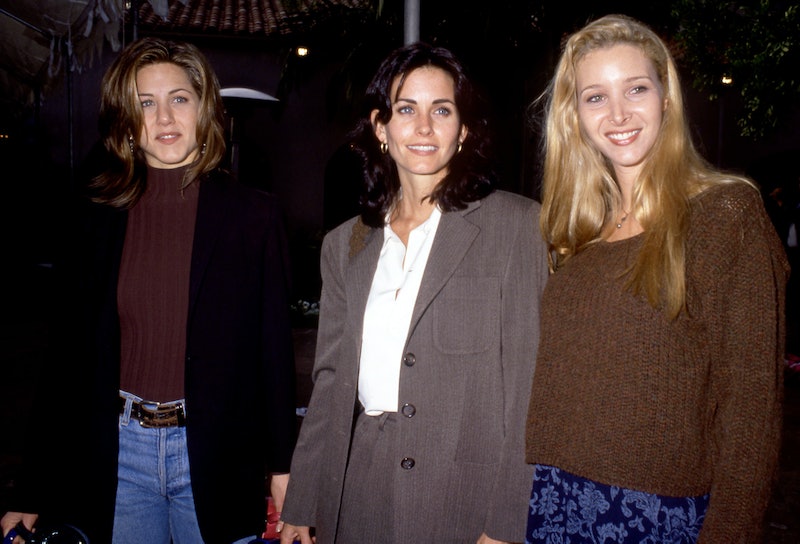 On Friends, everyone’s favorite musician-slash-masseuse Phoebe Buffay never seemed to have any shortage of confidence — whether she was busking, dating one of her many flings, or dishing out wise (if unconventional) advice to her titular besties. As Lisa Kudrow revealed in an Aug. 3 appearance on Podcrushed, she was similarly self-assured as a young adult. “I was confident,” she said. “And by the way, I half-think that if you are confident, but you have a weakness, that’s when the mob goes for you.”

When Kudrow was on the brink of becoming a household name via Phoebe, though, she felt that confidence falter for the first time. “It wasn’t until Friends that I realized, Oh, I don’t look like I thought I looked,” she said. “And that’s what was so jarring, and that’s when it was like, oh, I’ve got to actually lose weight? I have to diet? Shoot.”

Kudrow explained that she previously considered herself “a stick,” but her body image changed while working with Jennifer Aniston and Courteney Cox on the beloved sitcom — though, she clarified, the friends (IRL and on the show) were nothing but supportive.

When Kudrow asked Cox and Aniston to accompany her on a fitting, the women happily obliged — “because honestly, they were like sisters,” Kudrow said, fondly. “They were so, ah ... and that’s when I would see, Oh, OK, it’s not just about tailoring. You know? I’m not trying to say I was overweight, either. I just had no idea the shape of my actual body.”

It’s not the first time Kudrow has opened up about insecurities while filming Friends. In 2019, she told Marc Maron that she would try to lose weight during the show’s run. “I'm already bigger than Courteney and Jennifer. [I was] taller, bigger. My bones feel bigger, I just felt like this mountain of a woman next to them,” she said, per Vogue.

Fortunately, by her “late 30s or 40s — or later,” Kudrow said on Podcrushed, she began to embrace her body again. “I just realized, oh no — it’s OK. This is just what I look like. That’s OK. I mean, do what you need to do to be healthy. But this is your body, it’s OK.”