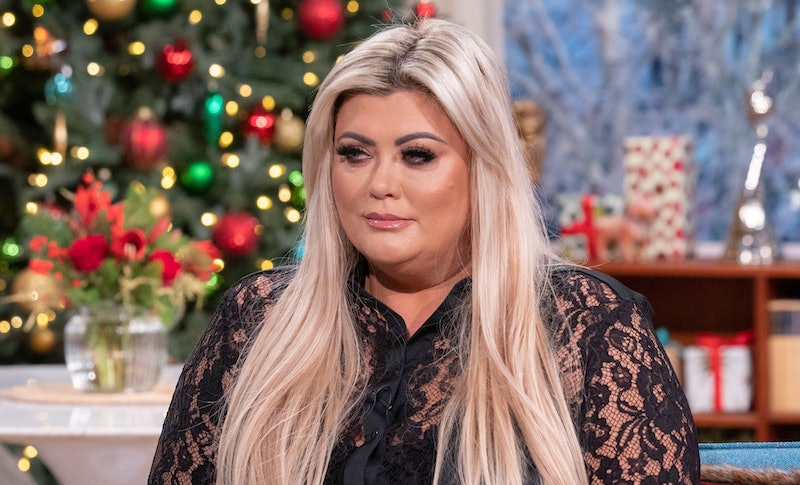 Inspired by Meghan Markle’s decision to reveal her own experiences about losing a child earlier this year, The Only Way Is Essex star and TV personality Gemma Collins has opened up about suffering a miscarriage for the third time in an emotional open letter published in The Sun.

The letter, which was addressed directly to Meghan, revealed the distress Gemma faced when she miscarried a child during lockdown, and explained that she was encouraged by the Duchess’ honest open letter. Meghan's "sadness and grief leapt out of the page," wrote Gemma, as did her "desire to comfort other women who have been through the same heartbreak."

"I am one of those women," Gemma shared, adding that those who have suffered a miscarriage are "members of a club no-one would ever want to join."

"I've not talked about this before, but it was my third," she wrote, revealing that she has been trying for a child for nearly a decade "only to have my hopes dashed time and again by first one miscarriage, then another."

"This last time my miscarriage started, just like yours, with sharp cramps which caught me by surprise one morning," Collins wrote, speaking to Meghan.

Not knowing she was pregnant at the time, Collins thought the cramps were symptoms of a heavy period, before a doctor sent her to hospital and the severe pains were revealed to be something more serious.

"In a single instant, I learned that I’d been carrying a baby and lost it, meaning that once again I found my long standing dreams of motherhood shattered into pieces."

Gemma also revealed that she has since broken up with the baby’s father, her ex-partner James Argent, and that she suffers from polycystic ovaries, which means it can be harder to get pregnant, writing that "on bad days, I worry that those lost pregnancies were my only chance of motherhood."

The former Dancing on Ice contestant declared that, at the same time, however, she's "trying to trust in Fate."

"I know I can give a baby a brilliant life – a life a world away from the world of ‘GC’, the larger-than-life character that most of the public know, and when my time to be a mother comes, I will do everything I can to protect the privacy of that cherished prize I have yearned for for so long,” she wrote.

"When that happens is in the hands of the universe now, just as it is for you Meghan," Gemma added. "In the meantime, thank you again for your brave honest words. It meant a lot to me to read them and I know it will mean a lot to all the other women who are members of a club no-one would ever want to join."

More like this
Here’s Everything You Need To Know About Operation London Bridge
By Bustle UK
Oprah Winfrey Revealed Her Hopes For Prince Harry & The Royal Family
By Maxine Harrison
10 Photos Of William, Harry, & Their Cousins Honoring The Queen Together
By Stephanie Topacio Long
William & Kate Shared How Their Kids Are Doing As They Mourn The Queen
By Stephanie Topacio Long
Get The Very Best Of Bustle/UK