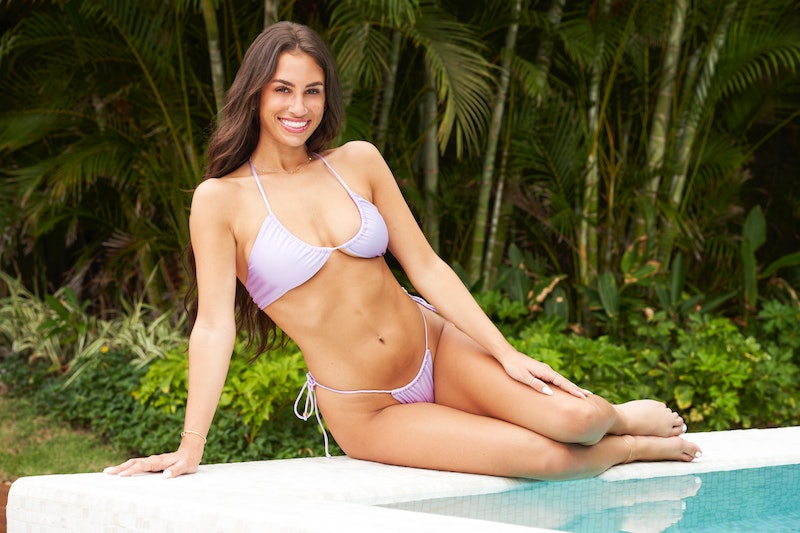 Despite forging an early connection with Justin Glaze, Genevieve Parisi’s Bachelor in Paradise journey has not been the smoothest so far. For starters, her potential BiP beau (whom she ranked an 11 out of 10) seemed equally into newcomer Victoria Fuller. To make matters worse, Salley Carson — a rumored former fling of Justin’s — also appeared to be Paradise-bound, further limiting Genevieve’s chances of finding love in Paradise. Or so she thought!

Episode 2 ended on a hopeful note, teasing several new upcoming arrivals at the beach — including Aaron Clancy. You’ll remember the California-based insurance agent from Katie Thurston’s season of The Bachelorette, as well as Bachelor in Paradise Season 7 — consecutive appearances that ended with Aaron still single.

During Episode 3, Aaron finally made his Season 8 debut — and Genevieve was thrilled when he asked her on a double-date with James Bonsall and Shanae Ankney. She alluded to knowing him in a “platonic” way — saying in a confessional if Aaron was into her, “he’s never made it known.” But you may be wondering, just what happened with Genevieve and Aaron before the beach?

Like several of the connections this season — including the love triangle between Romeo Alexander, Jill Chin, and Kira Mengistu — Genevieve and Aaron’s actually started before Bachelor in Paradise. During the Women Tell All special for Clayton Echard’s Bachelor season, Shanae claimed that Genevieve hooked up with Aaron after being sent home. Genevieve, however, denied the claim. “I met him at a bar,” she said. “I didn’t even kiss him.”

Aaron confirmed the story, telling Bachelor Nation’s Click Bait podcast they met “randomly” before Clayton’s season aired. Though their interaction was “super, super surface-level” at the time, Aaron acknowledged that Genevieve posted him “completely hammered” on her Instagram story, which might have led Shanae to believe something more was going on.

So even though Aaron and Genevieve didn’t hook up after their respective Bachelor/ette outings, Aaron did recently tell Us Weekly he was open to the idea of pursuing her. The “speculation” about his connection with Genevieve, Aaron said, led him to consider it as an actual possibility. “It made me really kind of look and see — is there potentially something [there] or why not give it a shot? We’re both on the beach, that’s what it’s for,” he said.

Genevieve did acknowledge that her situation with Justin (who *just* gave her his rose) might make things complicated, but she didn’t seem too worried about it. “I think it will put me in a pickle, but a delicious pickle,” she said.