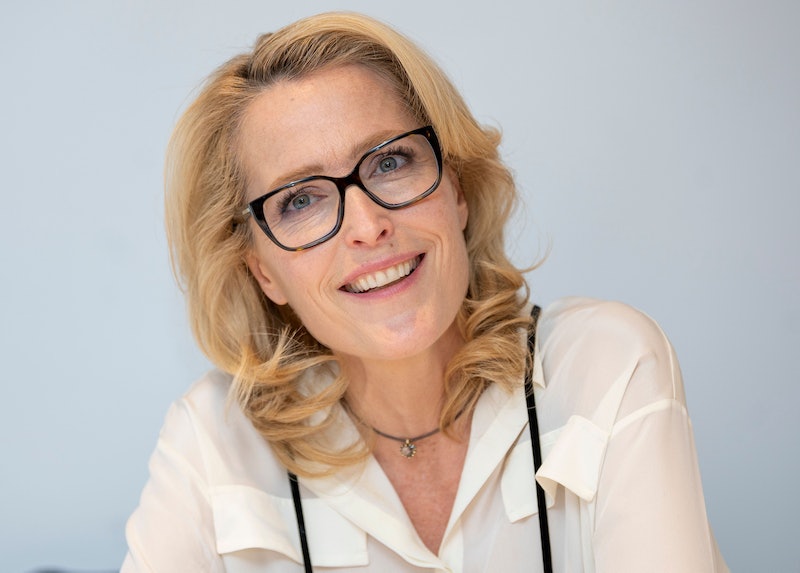 Between the depiction of Prince Charles and Princess Diana's fraught marriage and the scandalous love triangle with Camilla Parker Bowles, the latest season of The Crown certainly ruffled the feathers of some members of the royal family. However, after calls from the UK government to include a "fiction warning" in future episodes, writers of the hit royal series have made it clear that they won't be adding a disclaimer. Gillian Anderson, who plays Margaret Thatcher in season 4, has supported the decision. In a recent interview, Gillian Anderson says The Crown could have been "much worse" about those it depicted.

For her cover story with InStyle, Anderson explained: "It’s so obvious that we’re doing a TV show and that these are characters based on real-life people. To me, it just felt like drama for the sake of drama. But I get that there are a lot of people invested.”

In the interview, Anderson went on to suggest that there were far more challenging storylines that could have been included in Netflix drama.

She added: “There’s a lot of stuff that could have been written about — but was not — that is so much worse than what ended up in the show. There has been kindness extended in certain areas where it didn’t have to be.”

It's safe to say that there are plenty of widely reported scandals in the royal family's history that haven't (yet) made it to The Crown.

While Netflix and The Crown's creator Peter Morgan have always maintained that the show is inspired by real events but is largely fiction, the recent portrayal of the late Princess Diana, including her battle with bulimia, faced criticism. Charles Spencer, Princess Diana's brother, expressed concern on ITV in November, saying, "It is very hard, there is a lot of conjecture and a lot of invention, isn’t there? You can hang it on fact but the bits in between are not fact," per Deadline.

Despite some backlash, Anderson was praised for her convincing portrayal as the UK's first woman prime minister Margaret Thatcher, which included tense scenes between Thatcher and The Queen (played by Olivia Colman), during a turbulent period in British history.

Anderson explained to InStyle that she was really "f*cking nervous" to take on the Iron Lady's mannerisms, including that iconic curtsey.

"In order to do that, one needs good balance and a certain degree of musculature in one's thighs," the actress said. "I don't feel like I have particularly strong thighs. I'm not sure I even knew I could do that prior to the scene."