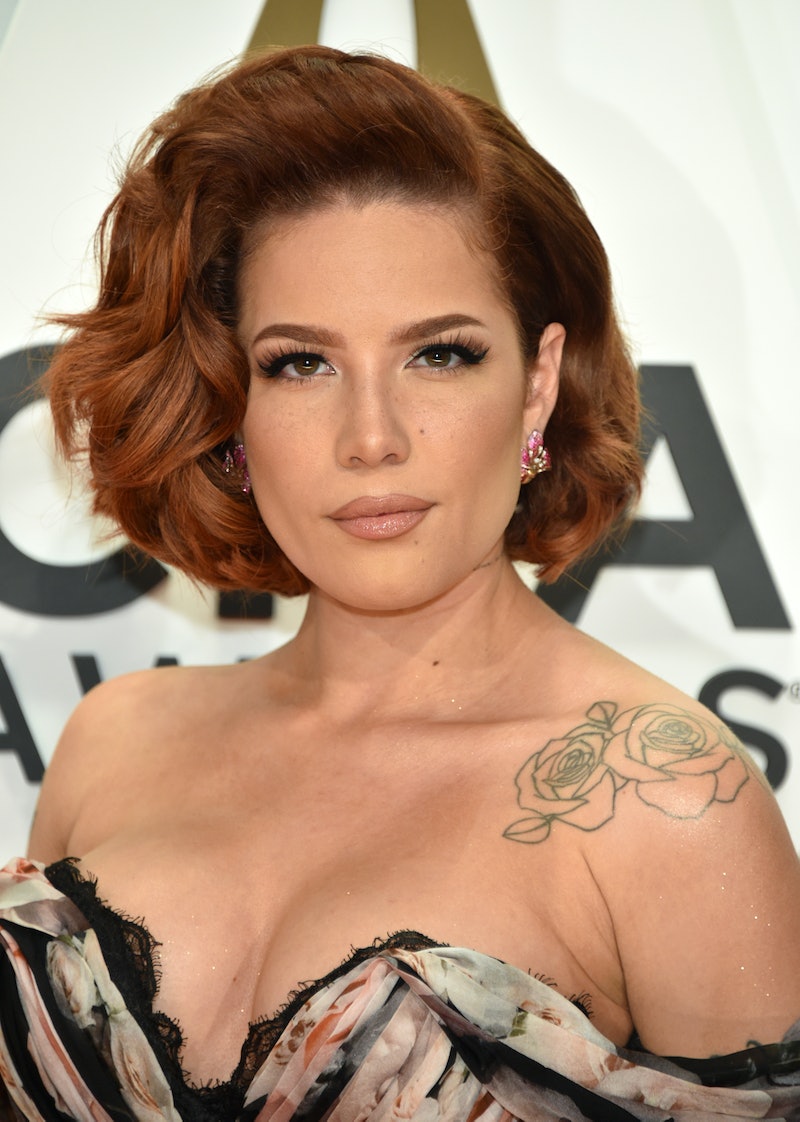 Halsey may not have given birth yet, but the pregnant singer has so much love to give. On Wednesday, March 17, the “Without Me” musician took to Instagram with a birthday message for their boyfriend Alev Aydin. Alongside a photo of Aydin kissing Halsey’s baby bump, the singer wrote in Turkish: “Happy birthday. Happiest birthday, my love.”

Halsey first announced that she and Aydin were expecting their first child together in a January photo shoot. "Surprise!" she wrote alongside three emojis: a baby, a milk bottle, and a rainbow. At the time, fans didn’t even know that the pop star was dating anybody, so the pregnancy news came as quite a surprise. However, when fans saw that Aydin was tagged in the photo, it became clear that he was the father.

“Heart so full, I love you, sweetness,” Aydin wrote in the comments, further confirming their relationship. "I love you!!!!! And I love this mini human already!" Halsey replied. But if their romantic Instagram exchange and the pregnancy announcement weren’t enough to convince fans that they were in love, their matching tattoos certainly did the trick.

Shortly after the pregnancy reveal, fans uncovered a June 2020 Instagram post from tattoo artist Amanda Owley, who revealed that Halsey and Aydin stopped by her studio to get the word “seeds” tattooed on their feet. Owley opened up about the meaning behind their matching tattoos in a Jan. 28 interview with People.

“She said that everything with how the planets were aligned and where the cosmos were at that moment indicated that it was the best time to plant seeds into the ground of life,” Owley revealed. “They wanted to get the words on their feet because it was closest to the earth.” She also said that they came into her studio on Father’s Day, “which is cute now that she’s pregnant.”

Halsey has been very vocal about her reproductive health and struggle with endometriosis. “It’s the most inadequate I've ever felt,” she told The Guardian in Feb. 2020. "Here I am achieving this out-of-control life, and I can't do the one thing I'm biologically put on this earth to do.” Two years prior, she made a speech at the Endometriosis Foundation of America's annual Blossom Ball. “If you think something is wrong, it probably is,” she said. “You need to go and demand that someone takes you seriously. Your health is all you have, and especially as a young woman who has reproductive pain, you need to take care of yourself.”

More like this
Who Is Nick Cannon Dating & How Many Kids Does He Have?
By Jordyn Tilchen and Radhika Menon
Hailey Bieber Just Responded To *That* Viral Met Gala Moment
By Radhika Menon and Sam Ramsden
Khloé Kardashian Is Reportedly Dating A Private Equity Investor She Met Through Kim
By Jordyn Tilchen and Jake Viswanath
Adam Devine Hilariously Let Everyone Know He’s *Not* Accused Cheater Adam Levine
By Brad Witter
Get Even More From Bustle — Sign Up For The Newsletter