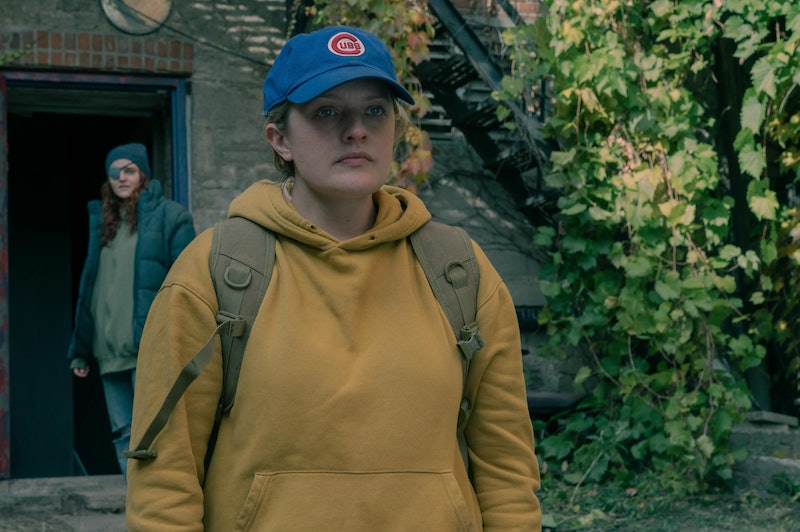 More than a year after that climactic season finale, The Handmaid’s Tale Season 5 finally arrives on Sept. 14 — and the Hulu series will look a little different this time around. For starters, Alexis Bledel will not be reprising her Emmy-winning role as Emily, a pivotal member of the fight against Gilead. “After much thought, I felt I had to step away from The Handmaid’s Tale at this time,” she said in a statement in May.

The Handmaid’s Tale Season 5 will also mark the beginning of the end, preceding the sixth and final season that was announced earlier this month — so the stakes feel even higher than usual. According to the official Hulu synopsis, Season 5 will see June deal with the fallout from killing Fred, “while struggling to redefine her identity and purpose.” Serena — now a widow thanks to said murder — “attempts to raise her profile in Toronto as Gilead’s influence creeps into Canada.”

The synopsis added that Nick, Joseph, and Aunt Lydia will be working together from within Gilead — and from the outside, June, Luke, and Moira will be fighting to rescue Hannah. Of course, it’s been a year! So if none of this is quite ringing a bell, you’re not alone. Here’s a recap of The Handmaid’s Tale Season 4 — and where all the characters stand as of the finale.

Season 4 was a series of perilous journeys for June and the women she worked with along the way. Only June and Janine survive Gilead’s forces on their way to Chicago — and once there, a bombing separates the women. Janine and Esther (the wife who helped June recover after her gunshot wound from last season) both ended up as handmaids back in Gilead.

June made it to Canada, but it wasn’t necessarily the life of freedom viewers hoped she’d get after four seasons. Yes, technically, she was free but also burdened with major guilt about Hannah and fueled by the desire to keep fighting Gilead. So ultimately, it wasn’t too surprising that June took revenge into her own hands (and those of her fellow former handmaids) and killed Fred in the woods, once it became clear that a government deal would effectively absolve him of his crimes.

Season 4 ended with June holding her daughter Nichole one last time, apologizing to Luke, who knew, from his wife’s bloody face, that she’d decided to take on a more active, hands-on role in fighting for the resistance.

Serena found out she was pregnant in Season 4, and despite being in custody for their crimes, things seemed to be working out for her and Fred once a deal was presented by the International Criminal Court. June couldn’t let that happen and even sent Serena Fred’s finger after killing him — just to make sure she knew exactly where things stood.

The Handmaid’s Tale Season 4 used Luke, Moira, and Emily to emphasize the difference between June’s life pre- and post-Gilead. All three of the people closest to June assisted in last season’s plane rescue, but upon her return to Canada, they had varying views of her need for revenge. Moira, for example, was heartbroken to find her friend caught up in the Chicago bombing and encouraged her to stay in Canada. Luke was similarly disappointed when he saw that June had killed Fred, and by the Season 4 finale, it seemed that their brief time as a family unit had come to an end.

Emily, for her part, was also resistant to June’s musings on revenge. “We’re not all like you,” she told her friend during Episode 8. After coming face to face with her former Gilead “aunt,” Emily seemed to change her mind and assisted June in killing Fred during the season finale. Given Bledel’s exit from the show, it’s not clear what will happen to Emily’s character in Season 5.