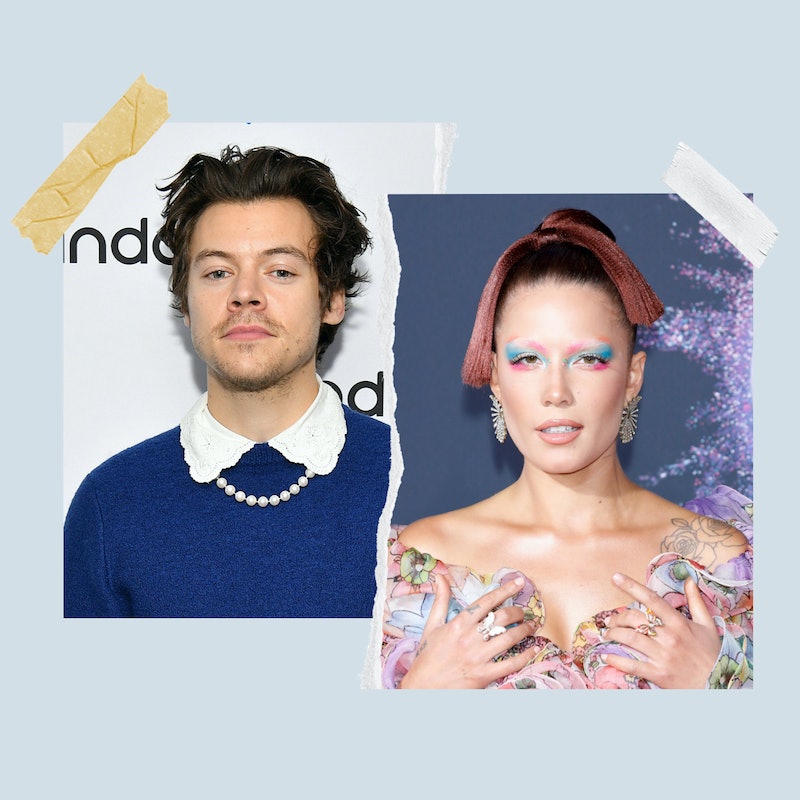 One lucky Harry Styles fan got a shoutout at his New York City concert this week and their name is Halsey. On Monday, Oct. 4, the new mom hit up the “Watermelon Sugar” crooner’s show at Madison Square Garden, where he surprised her by switching up the words to one of his most popular hits. While singing “Kiwi,” Styles looked at Halsey in the audience and changed the lyrics from “I’m having your baby” to “You just had a baby” as his way of congratulating them on their new addition.

Halsey and her boyfriend Alev Aydin welcomed their son, Ender Ridley, in July. “Gratitude. For the most ‘rare’ and euphoric birth,” the “Without Me” singer wrote at the time alongside a photo of the new parents and their newborn. “Powered by love.” The singer first announced that she was pregnant in January when she posted an ethereal photoshoot on Instagram. “Surprise,” they wrote alongside the baby, milk bottle, and rainbow emojis. The news was certainly a surprise to many, especially fans who didn’t realize that she was dating anyone.

It’s only been a few months and it seems like Halsey is settling into motherhood nicely. “I feel super in the moment, super Zen, super scared about all of it,” she said in an August interview with Apple Music’s Zane Lowe. “About labor, about being a good mom, about protecting my child and doing the right things, and balancing everything.” They also said that they were “full of gratitude” and that their relationship is “full of love and passion and “communication.” “I love my partner,” she added.

Halsey may be in mom mode, but that doesn’t mean she can’t enjoy a Harry Styles concert every now and then. During Monday night’s show, the 27-year-old pop star took to their Instagram Stories to share a photo of the view as well as a picture of her eating a watermelon lollipop. Their attendance at the concert wasn’t surprising, either, especially since they’ve been a fan of Styles’ work for quite some time.

In a November 2020 interview with Vogue, Halsey named Styles as one of her “dream collaborators.” “I want to work with Harry Styles, I loved his last record,” Halsey told the magazine, referring to his sophomore solo album Fine Line. “I’m so proud of him as a fan and as a peer. He’s a real one. I think we could make something really cool together.”

More like this
Olivia Wilde & Harry Styles' Relationship Timeline Started With 'Don’t Worry Darling'
By Jake Viswanath
10 Photos Of William, Harry, & Their Cousins Honoring The Queen Together
By Stephanie Topacio Long
How To Apply For 'Survivor' & Tips On How To Get Cast
By Meg Walters
Here’s Everything You Need To Know About Operation London Bridge
By Bustle UK
Get Even More From Bustle — Sign Up For The Newsletter