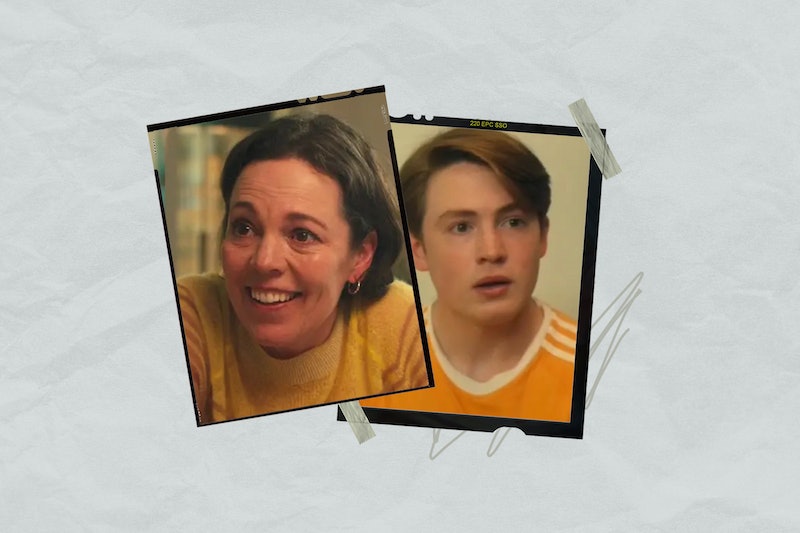 Fans and cast members rallyed around Heartstopper’s Kit Connor when he felt as though he was “forced” to come out as bisexual online. And now, Olivia Colman, who stars as Connor’s mum Sarah in the hit Netflix series has spoken out in defence of her on-screen son.“I am so proud of him, but I am not proud of how people bullied him,” she told Variety. “I think people should be allowed to have their own journey.”

Heaping praise on the 18-year-old actor, she continued: “But I’m incredibly proud of him as a young man to deal with all of that and be in the spotlight. It’s unfair. But he’s amazing. He’s a very beautiful human being.”

Having faced months of scrutiny, being accused of “queerbaiting” by social media users, Heartstopper’s Kit Connor felt “forced” to come out as bisexual. The young actor won over viewers of Netflix’s hit queer drama with his portrayal of bisexual teenager Nick Nelson. Heartstopper was praised for how it presented the friendship-turned-romance between Nick and his classmate Charlie (played by Joe Locke).

Following a month-long hiatus from Twitter, Connor returned on the night of Oct. 31 to say: “Back for a minute. I'm bi. Congrats for forcing an 18-year-old to out himself. I think some of you missed the point of the show. Bye.”

The intense speculation into Connor’s sexuality heightened after a video was released where the actor could be seen holding hands with Maia Reficco, his co-star in the upcoming film adaptation of A Cuban Girl's Guide To Tea And Tomorrow. The fandom swiftly concluded the pair were dating, and again accused Connor of “queerbaiting.”

Following Connor’s announcement, Heartstopper’s cast and crew, along with many fans of the show, have come together to support the young actor. Alice Oseman, the writer and showrunner tweeted: “I truly don’t understand how people can watch Heartstopper and then gleefully spend their time speculating about sexualities and judging based on stereotypes. I hope all those people are embarrassed as f*ck. Kit, you are amazing.”

Kizzy Edgell, who plays Darcy in the Netflix series, commented: “I love you, Kit. I’m sorry this has been so disgustingly rough on you.” Several fans expressed their disappointment, also, emphasising that pressuring someone into revealing their sexuality defeats the purpose of all that Heartstopper represents.

“Heartstopper was the first thing to make me feel safe and accepted as a bisexual person, and seeing that [Twitter] bullied Kit Connor into coming out is absolutely gut-wrenching,” one fan commented.

More like this
Joey Essex Is Rumoured To Be Dating A 'Love Island' Favourite
By Sam Ramsden
Molly-Mae & Tommy Fury Revealed Their Baby Girl's "Really Unusual" Name
By Sophie McEvoy and Sam Ramsden
'Stranger Things' Finn Wolfhard Is “Proud” Of Noah Schnapp For Coming Out
By Sophie McEvoy
Turns Out George Clooney Is A Huge Fan Of This Classic British Game Show
By El Hunt
Get The Very Best Of Bustle/UK
Sign up for Bustle UK's twice-weekly newsletter, featuring the latest must-watch TV, moving personal stories, and expert advice on the hottest viral buys.

This article was originally published on November 1, 2022