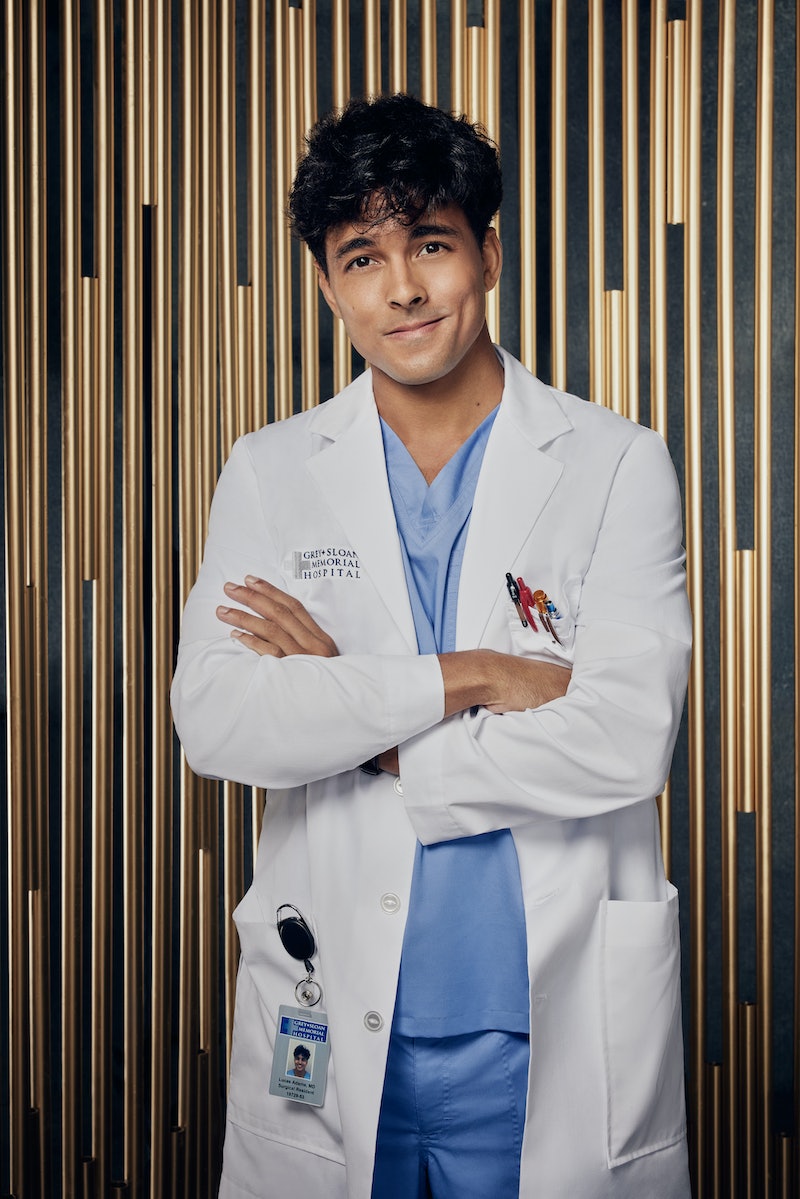 Spoilers ahead for the Grey’s Anatomy Season 19 premiere. During the Grey’s Anatomy Season 19 premiere, we meet the five new interns who will be part of Grey Sloan’s new and (hopefully) improved residency program: Benson “Blue” Kwan, Jules Millin, Simone Griffith, Lucas Adams, and Mika Yasuda. There are, of course, plenty of callbacks to the original Grey’s Anatomy interns sprinkled throughout — like when Mika gleefully refers to a bunch of brain-dead patients as an “organpalooza” (Season 6 Cristina said it first!) or when Jules sleeps with Link before knowing he’s an attending, à la early MerDer.

But the most shocking nod to Grey’s Anatomy past? The reveal that Lucas Adams is Derek’s nephew! (Perhaps his great hair should have given it away?) After Lucas says, “It’s a beautiful day to save lives,” during surgery, Amelia and Meredith discuss the connection from the gallery overhead. “Derek was a god to him,” Amelia says. “And Lucas was Derek’s favorite nephew — and I do love him, so I hate to keep saying this, but I don’t think he has what it takes. I mean, he’s a mess. He doesn’t follow instructions. He has to do everything his own way.”

Amelia even suggests Meredith hired him because he reminds her of Derek. “No, not Derek,” Meredith says. “He is a mess. He does need to do things his own way. But he also has a stroke of the family genius. And he’s a bit of a black sheep. You don’t see it, do you?”

Yes, Meredith points out, Lucas has shades of Aunt Amelia more than anyone else in the enormous Shepherd family. But where did Lucas come from? And how is it possible that Derek has a nephew old enough to practice surgery, who’s at least in his mid-20s?

It’s actually super possible! In fact, Grey’s has been quietly planting the seeds for this twist for nearly two decades. Back in Season 1 Episode 2, Derek tells Meredith that he has four sisters who are “very girly” and have “tons of kids.” Later that season, he opens up to her again, telling her that he specifically has nine nieces and five nephews. So even though Derek didn’t have children until near the end of his life (RIP), his sisters have been raising kids way longer — and clearly, one of the little guys developed an admiration for Uncle McDreamy.

Though viewers know Amelia best, Derek’s other sisters — Nancy, Kathleen, and Lizzie — have made a handful of appearances over the years. They’re all doctors, too — so even though it’s not clear exactly which woman is Lucas’ mom, there was definitely plenty of medical inspiration in the family.

In hindsight, Grey’s Anatomy has been hinting at Lucas’ character reveal since he was first described by Deadline as the “black sheep of his family ... determined to prove himself as a surgeon, just like many in his family that have come before him.”

On the show’s Instagram, Lucas is further described as “ready to prove himself as worthy,” which also serves as a subtle hint that he has big shoes (or scrubs?) to fill.