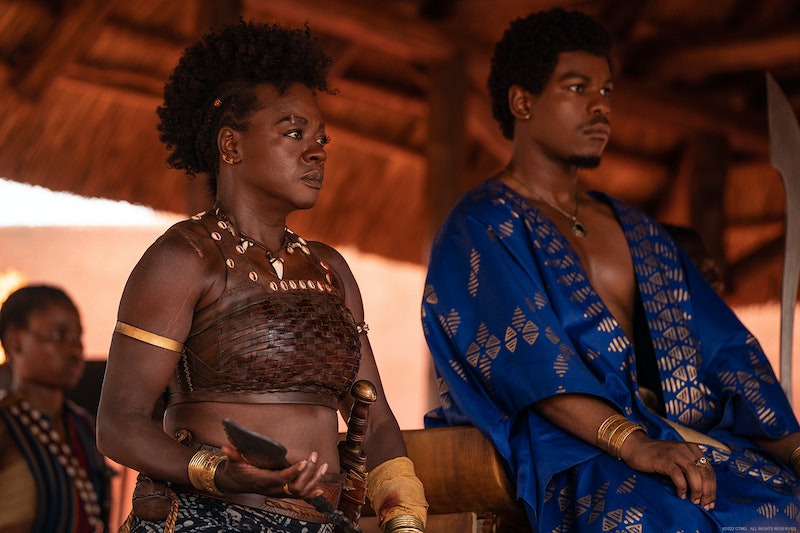 The Woman King, the new historical epic starring Viola Davis and directed by Gina Prince-Bythewood, lit up cinema screens and audiences as soon as it was released on September 16. The film, which stars Davis as the leader of the Agojie — a legendary group of women warriors from the African kingdom of Dahomey — premiered to a robust opening weekend box office gross of $19 million and has received overwhelmingly positive reviews from critics (it boasts a 95% on Rotten Tomatoes).

Prince-Bythewood, who is best known for her early breakthrough Love & Basketball and, more recently, the Netflix action hit The Old Guard, is relishing the opportunity to make big, bold action spectaculars starring Black women. Though that’s always been her goal, for a long time, Hollywood wasn’t interested. “[This] was where I wanted to go early in my career,” she told Polygon. “The industry hadn’t caught up to me yet. The doors had been closed for a long time, certainly in the action space for women.” Now, with Prince-Bythewood’s help, they’re opening.

Given the buzz around the movie, many viewers are probably wondering how soon they can stream The Woman King at home. For more info on how to watch the movie, read below.

How To Stream The Woman King

As of now, The Woman King is only available to watch in theaters — a distribution decision that seems to have paid off, given how much money the movie has made in only one week of release.

The film is distributed by Sony, which remains the only major Hollywood studio without its own streaming platform. (Warner Bros. Discovery, for instance, has HBO Max, while Paramount has Paramount+.) Instead, as The Wrap points out, Sony has a deal with Netflix, which regularly hosts their movies after they’ve appeared in theaters. There’s no way to know exactly when The Woman King will appear on Netflix — it may be as long as six months — but it’s safe to assume that it will eventually stream there.

The film will also be available to rent via VoD platforms like Apple TV, Amazon Prime Video, and Vudu before it appears on Netflix — probably between 45 and 60 days after its initial release. For now, though, viewers who want to experience The Woman King for themselves have one option: the big screen.

More like this
How To Stream 'She Said' In The UK
By Maxine Harrison
How To Stream Knives Out 2: When Will Glass Onion Be On Netflix?
By Radhika Menon
Sadly, You Can’t Stream 'Top Gun: Maverick' — Yet
By Arya Roshanian and Radhika Menon
Here’s Everything Coming To & Leaving Netflix In December
By Jake Viswanath
Get Even More From Bustle — Sign Up For The Newsletter