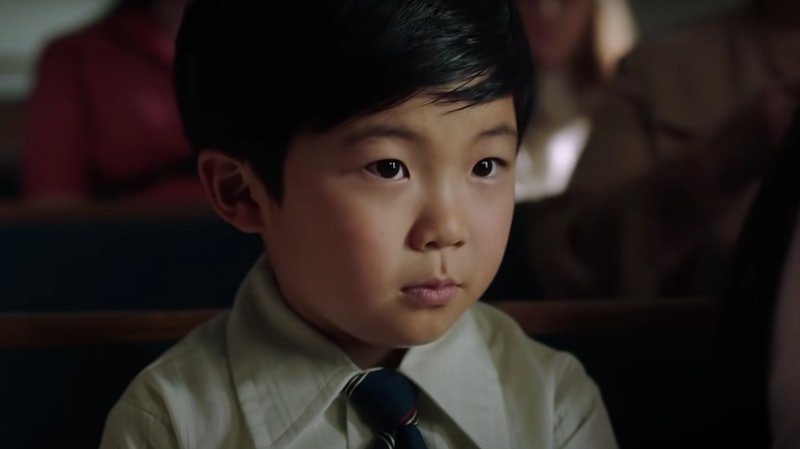 When 8-year-old Alan Kim won a Golden Globe for his role in the critically acclaimed film Minari, the young actor’s happy tears touched many people’s hearts. He stars alongside Walking Dead actor Steven Yeun in the powerful, heartwarming drama by award-winning writer-director Lee Isaac Chung. Minari tells the story of a Korean family who move to a rural Arkansas during the 1980s. The film, which aired at Sundance Film Festival, has been met with critical acclaim, so how can viewers in the UK watch Minari?

Sadly, we have some time to wait before Minari reaches UK shores. It’s currently available in the U.S. via virtual cinema platform A24, Amazon Prime, and iTunes, but it’s not yet ready to stream over here.

However, Minari has been given a release date of April 2, 2021, which is when it will be available to see in the UK and Irish cinemas (all dependent on restrictions, of course).

Given all the industry buzz, Minari seems to be worth the wait.

The film also stars Ayeri Han, Will Patton, and celebrated Korean actor Yuh-Jung Youn. It sees the Korean American family move to an Arkansas farm in search of its own American dream and, naturally, they experience some challenges “in the strange and rugged Ozarks.”

The story is based on director Chung’s personal experience of moving to Arkansas from Korea as a child. For the director, Minari is a means of “reclaiming the American Dream.”

However, Chung’s film was deemed ineligible for Best Picture at the Golden Globes, and was instead nominated in the Foreign Language Film category despite the film having an American production company (A24 and Plan B Entertainment), American director (Chung), and American lead (Steven Yeun, who has also been passed over for any solo nominations). The controversial snub has seen widespread criticism.

Meanwhile, the film’s actors have praised Chung for his vision.

“He captured the feeling of what a family is like, of what marriage feels like, what growing up in a religious household feels like… there are so many things that I could relate to with Isaac,” praised actor Steven Yeun, via Deadline. “I hadn't seen many tellings of stories of the other done in a way that wasn't idealising them or romanticising them or needing them to be afflicted by some external force that validates their existence.”