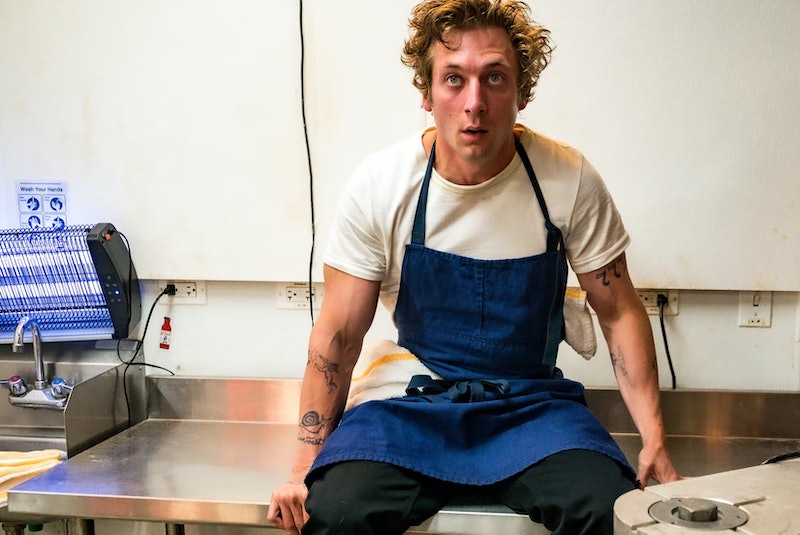 High-stakes kitchen-based drama The Bear has been a hot topic in the U.S. over the summer months. Streaming internationally on Hulu, the hit series follows young chef Carmen "Carmy" Berzatto (Jeremy Allen White), who leaves his snazzy cooking gig in New York to run his late brother’s failing sandwich shop in Chicago. Quite the career shift, and one that makes an impact on Carmy and those around him.

The series has been causing a stir on Twitter, with fans sharing their thoughts on everything from the food displayed to the lead actor’s rather snug T-Shirts. Far from shying away from the attention, White is also a fan of his own character. “If you're truly good at something, that's incredibly attractive... I understand people having a crush on Carmy. I think I have a bit of a crush on Carmy,” he told GQ.

Up to now, UK viewers have been largely left out of the conversation, but that’s set to change as The Bear is due to premiere on Disney+ in the UK and Ireland on Oct. 5. You’ll be able to watch White dominate the screen along with his co-stars, Ebon Moss-Bachrach, Ayo Edebiri, and real-life chef Matty Matheson, who plays handyman Neil Fak in the series.

Speaking to Jimmy Fallon on The Tonight Show, White explained how they recreated a nuanced kitchen atmosphere with guidance from Matheson and fellow chef Courtney Storer, who is the sister of showrunner Christopher Storer. “We did our homework. we had these wonderful chefs. The authenticity, that came from these guys,” White said. The actor also spent time observing real chefs in kitchens to prepare for the role. Per InStyle, the production team sent him to culinary school in advance of the show.

This article was originally published on Sep. 16, 2022