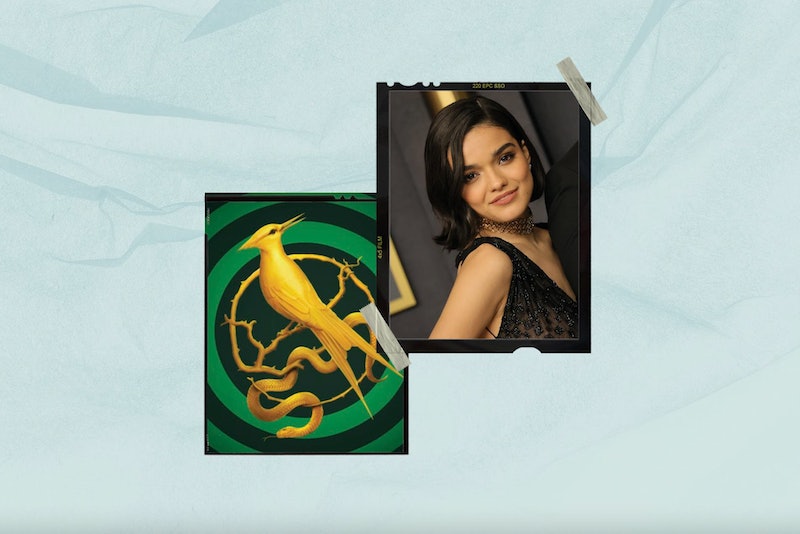 Ten years ago, the first Hunger Games movie arrived in theaters in 2012 and launched a cultural phenomenon. From influencing a decade of dystopian YA to inspiring countless young readers to replicate Katniss’ braid, it’s hard to overstate the franchise’s impact. And it’s not over yet, even though The Hunger Games: Mockingjay Part 2 — the final film about the original book trilogy — came out in 2015. While the original book series ended pretty conclusively, Suzanne Collins released a prequel in 2020 called The Ballad of Songbirds and Snakes, and before it even hit bookstores, fans learned that the novel was getting the film treatment.

Here’s everything you should know about the Hunger Games prequel movie, The Ballad of Songbirds and Snakes, including the book it’s based on and the star-studded cast.

The release date for The Ballad of Songbirds and Snakes is Nov. 17, 2023. It will be a while before audiences get to see the first Hunger Games prequel trailer.

On June 5 during the 2022 MTV Movie & TV Awards, Lionsgate debuted the official teaser trailer, which shows shattering icy branches and text that read, “The world will discover … who is a songbird … and who is a snake.” The video doesn’t include any cast footage and instead shows a bird and a snake both shedding an icy exterior to reveal a gleaming gold coat before contorting into the prequel’s official logo. “You’re invited to return to the games,” the video says.

Two weeks after Lionsgate announced Tom Blyth (Billy the Kid) will play an 18-year-old Coriolanus Snow before he ever became the gray-haired President Snow of Panem, the studio revealed at the end of May 2022 that Rachel Zegler will also star as Lucy Gray Baird, his District 12 tribute. The West Side Story star took to Twitter to celebrate the news by sharing a photo of herself finding out she landed the role.

“So much joy,” she wrote in another tweet. “i love movies. i cannot believe i get to make them. i am so thankful that this is my life. thanks for being on this ride with me. see ya later.”

Adorably, Zegler’s IRL boyfriend — fellow West Side Story star Josh Andrés Rivera — is joining the Hunger Games prequel cast. On June 15, Deadline announced that Rivera would be playing Sejanus Plinth, “a close friend of young Coriolanus Snow, and the mentor to a tribute from District 2.”

Zegler celebrated the news on Twitter, writing that she was “always and forever proud” of the actor.

On June 21, it was announced that Nick Benson (Disney+’s Big Shot), Laurel Marsden (Ms. Marvel), Lilly Cooper (The Witcher), Luna Steeples (Overdue), and Hiroki Berrecloth (BBC’s Red Rose) will be joining the cast. Deadline exclusively revealed that the actors roles’ include being tributes for Districts in The Ballad of Songbirds and Snakes.

Hunter Schafer was added to the Hunger Games prequel cast on June 22. The Euphoria star will portray Tigris Snow, Coriolanus’ “cousin and confidant,” according to The Hollywood Reporter.

Additionally, it was announced on June 27 that Jason Schwartzman will portray Lucretius “Lucky” Flickerman in The Ballad of Songbirds and Snakes. Lucky is the “host of the 10th Hunger Games and ancestor to Caesar Flickerman,” The Hollywood Reporter noted. Caesar Flickerman was played by Stanley Tucci in the original films, as fans will recall. Schartzman is known for his frequent collaborations with director Wes Anderson, including Moonrise Kingdom and Rushmore.

The behind-the-scenes talent should also give you plenty to be excited about: Francis Lawrence and Michael Arndt, who previously teamed up for Catching Fire (the series’ best-received film), will be back to direct and co-write, respectively.

If the first four Hunger Games films are any indication, there’s a good chance The Ballad of Songbirds and Snakes movie will follow its source material very closely.

The prequel is set during the 10th Hunger Games, more than six decades before Katniss and Peeta arrive on the scene. Lionsgate description of the prequel’s plot is:

Years before he would become the tyrannical President of Panem, 18-year-old Coriolanus Snow is the last hope for his fading lineage, a once-proud family that has fallen from grace in a post-war Capitol. With the 10th annual Hunger Games fast approaching, the young Snow is alarmed when he is assigned to mentor Lucy Gray Baird, the girl tribute from impoverished District 12. But, after Lucy Gray commands all of Panem’s attention by defiantly singing during the reaping ceremony, Snow thinks he might be able to turn the odds in their favor. Uniting their instincts for showmanship and newfound political savvy, Snow and Lucy’s race against time to survive will ultimately reveal who is a songbird, and who is a snake.

Per the 2020 novel’s official synopsis:

The once-mighty house of Snow has fallen on hard times, its fate hanging on the slender chance that Coriolanus will be able to outcharm, outwit, and outmaneuver his fellow students to mentor the winning tribute. The odds are against him. He's been given the humiliating assignment of mentoring the female tribute from District 12, the lowest of the low. Their fates are now completely intertwined — every choice Coriolanus makes could lead to favor or failure, triumph or ruin.

As you’ll remember from the original Hunger Games films, Coriolanus goes on to become the villainous, rose-obsessed President Snow (played by Donald Sutherland).

This post will be updated with the trailer and additional plot details as more information on The Ballad of Songbirds and Snakes becomes available.

This article was originally published on April 29, 2022