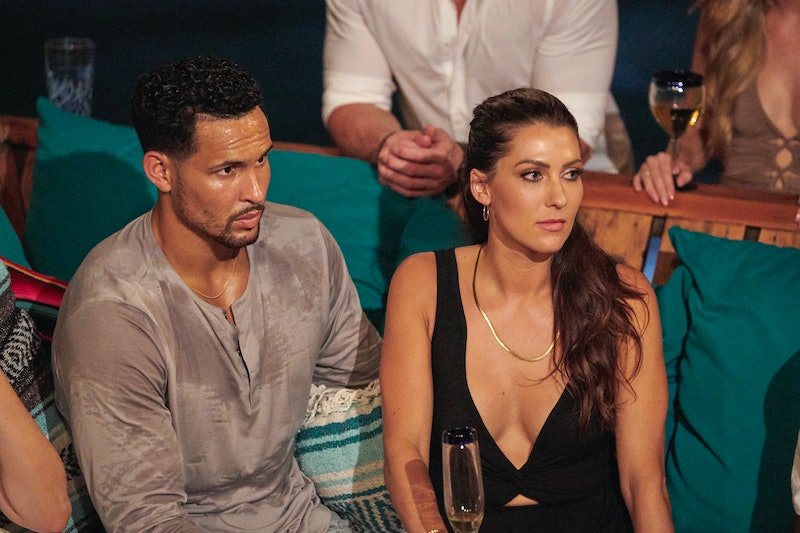 Becca Kufrin has been through the wringer on the Bachelor franchise. First, she got engaged to Bachelor Arie Luyendyk Jr only for him to break up with her on camera and get back together with his runner-up Lauren Burnham. Then, she became the Bachelorette and got engaged to Garrett Yrigoyen, whose history of liking problematic Instagram posts hung over her season and tainted his proposal. Though the two stayed together for two years, they ultimately split in late 2020 following more controversial Instagram activity from Garett (though Becca insisted that wasn’t the reason for their breakup).

"It wasn’t based solely off of one Instagram post or somebody else’s opinions or comments. There's much more to it. To any relationship, there’s a lot of layers," she said on the Bachelor Happy Hour podcast at the time, adding that they simply came to terms with the fact that they wanted different things. "We realized that we still have so much love and kindness and compassion in our hearts for the other person, but sometimes people’s paths just go different ways.”

She decided to try her hand at finding love on the franchise once again for Bachelor in Paradise, where she connected with Thomas Jacobs, an alum from Katie’ Thurston’s season of The Bachelorette. The two appeared strong up until the finale episode, but they ultimately decided to part ways in the most dramatic split ever. However, Bachelor blogger Reality Steve has hinted that they’ve rekindled their relationship since filming, the two’s Instagram activity seems to back this up, and ABC confirmed everything during the Oct. 5 finale.

While the season was airing, Becca shared a picture of Thomas playing with her feet captioned, “this little piggy went to the beach,” and Thomas flirtatiously commented under it that Becca was actually smiling at a bag of Doritos. A fan also commented, “This guy has ‘red flags’ written all over him,” to which Becca retorted, “Red is my favorite color.”

On his own page, Thomas posted a photo of him and Becca snuggling on a daybed captioned, “Hey.” Becca then commented, “Come here often?” and Thomas responded, “No, not really. It was a crazy thing I did one summer. Would love to tell you the story some day.”

It certainly seems like they still have a spark between them and their rekindled romance could stand a chance.