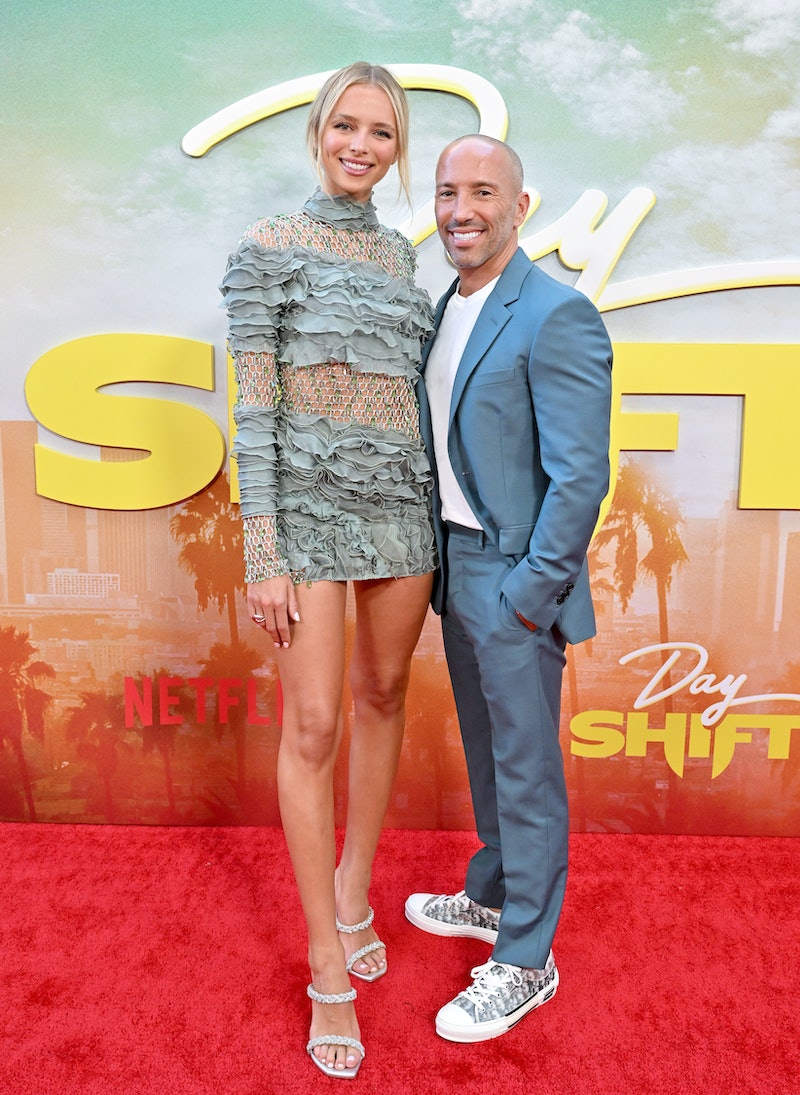 The Internet was in a tizzy after Selling Sunset co-stars Jason Oppenheim and Chrishell Stause made their relationship Instagram official in July 2021 before breaking up in December the same year. Aside from his year-long relationship with co-star Mary Fitzgerald, The Oppenheim Group boss is notorious for being a bachelor. Meanwhile, fan-favourite Chrishell had her divorce from This Is Us actor Justin Hartley play out in Season 3. Following the Selling Sunset pair’s split, Chrishell started dating musician G-Flip, with Jason remaining single. But now, the Oppenheim brother has stepped out with a new girlfriend.

Jason made his red carpet debut with model Marie-Lou Nurk on August 10, confirming their rumoured relationship and making things official. Stepping out together to attend the premiere for Netflix’s Day Shift, the pair looked smitten, and even hinted that Marie Lou could make an appearance in the upcoming sixth season of Selling Sunset. “I hope so,” Jason told Entertainment Tonight on the red carpet. “We're talking about it." Marie-Lou added: "Yes, like a little scene.”

The couple were first spotted together last month in Mykonos, Greece, where they were glimpsed sharing a kiss outside the Nammos Village shopping centre. The real estate broker also made a brief appearance on the model’s Instagram story during the trip, as they posed together on the roof of a luxury house. At the time, a source told Entertainment Tonight that the new couple were indeed an item, but “trying to keep things private. [Jason] is happy and doing well."

It’ll be interesting to see how a potential appearance for Marie-Lou on Selling Sunset will go down. While Jason and Chrishell remain “best friends,” it doesn’t mean there are no longer feelings involved. Chrishell is now going strong with G-Flip, and she confirmed their relationship during the televised Selling Sunset Season 5 reunion back in May. In the same show, Jason opened up about his lingering feelings for Chrishell as they shared an emotional talk.

It wasn’t the first time Jason discussed his struggles post-split. In an interview with Us Weekly on April 21, he said of his ex: “I love her still. I always will. She’s a great woman so there’s just a lot of loss there.” He also shared how hard the moving-on process has been. “It’s far more difficult than I thought and it’s gonna take a lot longer than I thought,” he told the outlet.

“Chrishell has influenced me, shown me happiness, love and what it’s like to be with someone that you have so much respect for.”

Throughout Season 5, other agents referred to Chrishell as Jason’s “game-changer,” having turned a proud bachelor into someone who was even considering having kids. Jason agreed with the label in his Us Weekly interview. Calling her a “game-changer” and “eye-opener,” he said: “She definitely showed me a lot of things about how a relationship should be.”

“Chrishell has influenced me, shown me happiness, love and what it’s like to be with someone that you have so much respect for. If there was really anything that was truly exceptional about our relationship, it was the calm, the communication and just the ease.”

Maybe this means Jason will be more open to commitment moving forward — and it certainly appears that he and Marie-Lou are in a good place at the moment.

This article was originally published on April 26, 2022