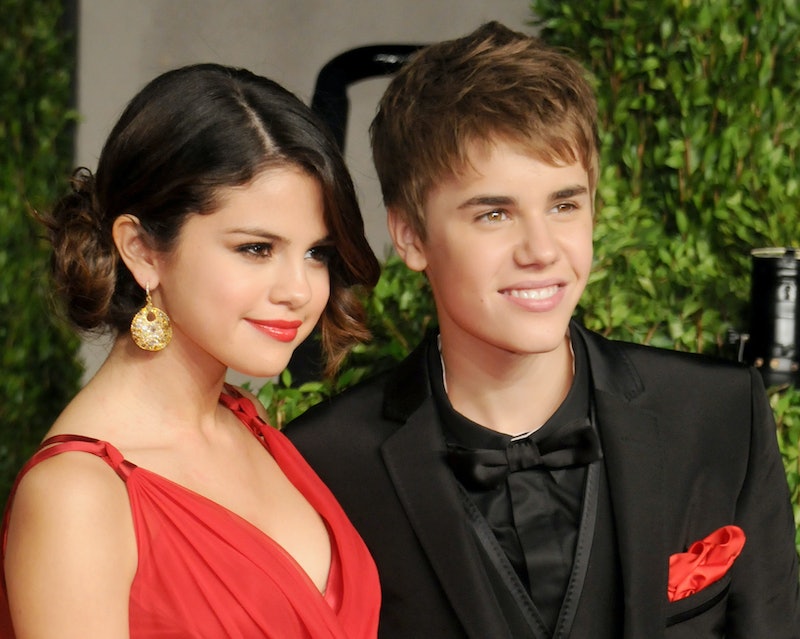 Justin Bieber’s Justice album has finally arrived, and fans are already dissecting the lyrics. In fact, some listeners are convinced that one particular song radiates major #Jelena energy. “I miss your touch some nights when I'm hollow / I know you cross the bridge that I can't follow," Bieber sings on “Ghost.” But is he hinting at missing Selena Gomez while currently being married to model Hailey Bieber? Honestly, it’s very unlikely. But hey, Jelena shippers can dream.

While that one line certainly raised some red flags among Beliebers on the internet, it’s not the only lyric about missing a loved one. “Since the love that you left is all that I get / I want you to know that / If I can't be close to you / I'll settle for the ghost of you,” the pop star croons on the chorus. “I miss you more than life / And if you can't be next to me / Your memory is ecstasy.”

Upon hearing the song for the first time, fans flooded Twitter to share their thoughts and speculate about whether or not Gomez was the inspiration behind the track. “Justin Bieber wrote ‘Ghost’ about Selena Gomez you cannot prove me wrong,” one person tweeted. “The chorus in ghost... there's no way this isn’t about Selena,” another fan wrote. Several other people on social media agreed.

Clearly, it didn’t take much to convince some people that Bieber still has feelings for Gomez. However, many fans refuted that theory entirely, explaining that the song was actually written for anyone who lost a loved one to COVID-19.

Those who have been following along since Bieber and Gomez’s most recent split in 2018 know very well that Bieber is not here for anyone comparing his past relationship to his current one. Last year, for example, Bieber took to Instagram to slam a fan for saying that Jelena shippers need to “bombard” his wife’s Instagram live with comments about how “Selena is better.”

“This sad excuse of a human just encouraged people on video to literally go after my wife telling people to say that my previous relationship was better so on and so fourth [sic],” Bieber wrote on his Instagram story at the time. “I just wanted to share this so people get an idea of what we face on a day to day. It is extremely hard to choose to take the high road when I see people like this try and rally to gather people to bully the person I love the most in this world. It is not right.”

Hailey, for her part, took to Instagram after that incident to remind her followers to lift other women up instead of bringing them down. "It has truly gotten to a level of anger and hate that is shockingly unhealthy and sad," she wrote. "I would never in a million years wish for someone to be treated this way and I will never condone this kind of hateful behavior. I want only to support, uplift, and encourage other women in this industry and wish them nothing but love and success and I wish for all of my followers and supporters to do the same!!”

More like this
Hailey Bieber Just Responded To *That* Viral Met Gala Moment
By Radhika Menon and Sam Ramsden
Justin & Hailey Bieber’s Relationship Is “Unbreakable” After Their Two Health Scares
By Bustle Editors
Kanye West Revealed The High Percentage Of Time Kim Kardashian Raises Their Kids
By Brad Witter
Everything To Know About Taylor Swift’s 10th Studio Album, 'Midnights'
By Grace Wehniainen and Jake Viswanath
Get Even More From Bustle — Sign Up For The Newsletter