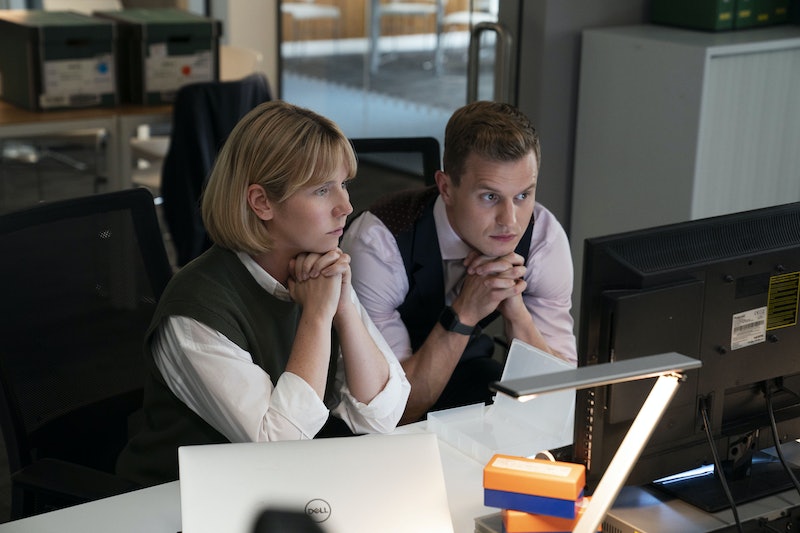 In ITV’s latest detective drama Glasgow-born actor Lauren Lyle take on the role of Karen Pirie, a fresh-faced cop with a healthy sense of scepticism towards the force and its rampant misogyny. When she is tasked with heading up a 25-year-old cold murder case, she soon realises it isn’t her skills or track record that have landed her the case, but the “optics”; the case is the subject of a true crime podcast trying to get to the bottom of a now-forgotten crime. But is Karen Pirie based on a true story or is it pure fiction?

Though the premise sounds like it’s based on a true story, the three-episode drama series has actually been adapted from Val McDermid’s novel, The Distant Echo. The bestselling Scottish crime writer has six books telling Karen Pirie’s story and detailing her detective exploits. The Distant Echo is the first book series, but there are some clear differences between the TV series and the source material from the get-go. In the book it is four (not three) university students who find Rosie Duff’s body and are central to the plot as suspects. The timelines are also different: in the book, the initial murder occurred in 1978, and the time skip lands the reopened investigation in 2003. The ITV series has chosen to bring the narrative forward to 1996 and 2021 instead, in a conscious effort to make the crime genre feel different by being “cool and fresh”, per I Talk Telly.

Another key difference lies in the fact that Pirie is actually a relatively minor character in the book, as opposed to the main protagonist in the TV series, which then lays the foundation for her larger involvement in the rest of the book series. In fact, it is a journalist-turned-true-crime podcaster who investigates the missing clues around the old murder case which the novel focuses on.

McDermid’s novel was adapted by EastEnders writer and actor Emer Kenny — who also stars in the TV series as Karen’s best friend and flatmate, River. But before book purists start getting annoyed, know that Kenny adapted McDermid’s original story with the blessing of the author herself, who was brought in to consult on the show’s direction. Kenny has promised that the series does end with a resolution to this particular murder case. With six books altogether and a seventh in the works, there is “absolutely scope for Karen to continue solving crimes”.