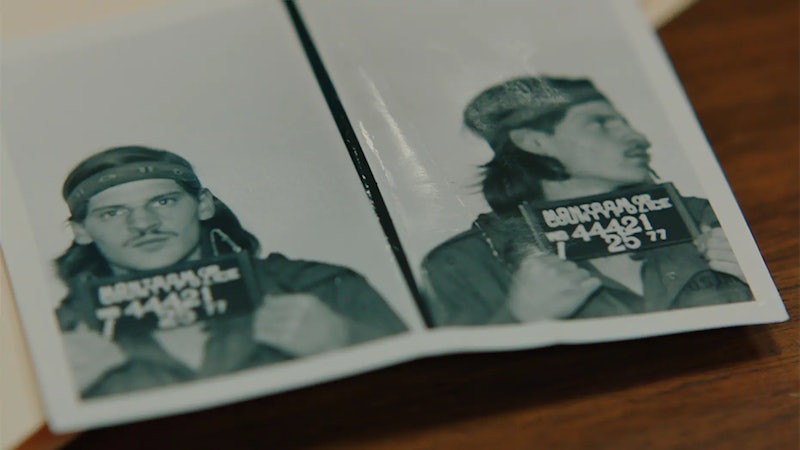 Investigation Discovery is diving back into the case of Katherine and Sheila Lyon in their new documentary Who Killed the Lyon Sisters?. The girls, then 10 and 12, disappeared during a trip to a Maryland mall on March 25, 1975. Despite an extensive search, no trace of the girls has ever been found. And for several decades, no suspects were charged with the crime either. That changed in 2015, when Lloyd Lee Welch Jr. was indicted for the girls' murders.

According to The Washington Post, Welch was already in prison at the time and serving a sentence in Delaware for sexually abusing a 10-year-old girl. Authorities decided to look into him as a possible suspect in 2013 after seeing an old report in the case file that he'd visited the scene of the crime a week after the Lyon sisters' disappearance and tried to pose as a witness implicating another suspect.

Police initially dismissed Welch as an unreliable witness, but detectives later decided to take a closer look. It was then when they noticed his long rap sheet, which included multiple child sex abuse convictions. They also came across a police sketch from a witness who, on that fateful day in 1975, described a young man staring at the Lyon girls in the mall for such a length of time that the witness confronted him about it. The sketch looks eerily similar to a 1977 mugshot of Welch, but it was not widely distributed at the time of its creation. Finally, police spoke to members of Welch's family. Some of them detailed a day in 1975 when Welch brought two 60-70 pound duffel bags with red stains that "smelled like death" to his cousin's rural Virginia home, where the bags were burned. Believing that these bags probably contained the Lyon sisters' bodies, detectives pursued Welch as a suspect.

The saga came to an end in 2017, over 40 years after the murders. Welch pled guilty to killing the Lyon sisters and was subsequently sentenced to 48 years in prison, with another 10 years to be served for his prior sexual assault conviction, according to Fox News. With no parole eligibility, it's all but certain that Lloyd Lee Welch Jr. — now in his 60s — will spend the rest of his life behind bars.

More like this
What Is 'Pretty Wild' Star Tess Taylor Up To Now?
By Morgan Leigh Davies
Where Is Armie Hammer’s Ex-Wife Elizabeth Chambers Now After 'House Of Hammer'?
By Grace Wehniainen and Radhika Menon
Where Is The Bling Ring’s Rachel Lee Now?
By Arya Roshanian
Lori Vallow’s Son Was Arrested For Sexual Assault Days Before 'Sins Of Our Mother' Premiered
By Brad Witter
Get Even More From Bustle — Sign Up For The Newsletter