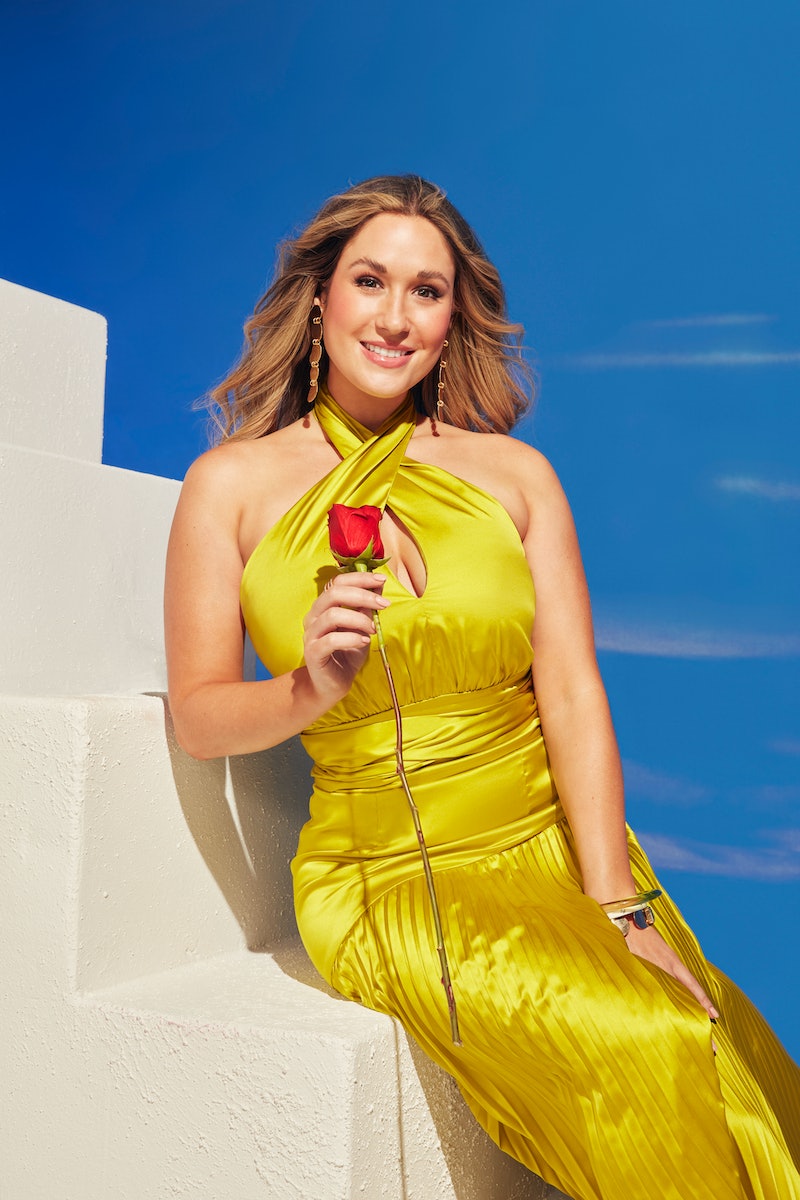 Nothing about Gabby Windey and Rachel Recchia’s Bachelorette journey was conventional — a fact that held true right until the very end (and beyond). After several rose ceremony twists and self-eliminations, both women ended up with their respective final guys ahead of schedule. While Gabby and Erich Schwer’s relationship seems to have stuck, though, Rachel and Tino Franco’s was a little more complicated.

During the Bachelorette season finale on Sept. 20, Rachel and Tino broke up and ended their engagement. The cause of their split? Tino had kissed another woman during a difficult period after their engagement, claiming that Rachel wanted to return her ring and break up anyway (which she denied, several times).

So you may be wondering, is Rachel single after The Bachelorette? Fortunately, all was not lost — because her runner-up, Aven Jones, made a triumphant return during After the Final Rose. Toward the end of a tense conversation between Rachel and Tino (where they gained no closure whatsoever), Aven showed up to save the day. “I wanted to just come by and say that, like, this is tough, and you don’t really deserve any of this,” he said.

Rachel seemed thrilled to see Aven, who also used the opportunity to shoot his shot (again). “I was just wondering if you maybe wanted to get out of here and catch up,” he said — to which Rachel replied, she’d “love nothing more.” And they literally left, right then and there.

After the heartbreaking circumstances of Aven’s elimination last week, fans were excited to see him re-enter the chat.

“We actually might never see her again,” Jesse Palmer joked during the finale, after Rachel and Aven literally never returned to the stage. The next morning, on Live with Kelly & Ryan, Rachel revealed where she went. “We went outside to talk without our microphones on, which is a treat for us ... it was a really good conversation,” she said.

They didn’t run off to a romantic date together just yet, Rachel said, “but maybe we will.” As for her relationship status? “I think, right now, we’re just gonna see where things go.”

A week before his grand gesture on After the Final Rose, Aven took to Instagram to share his feelings about Rachel — and yeah, he still seemed pretty smitten. “I am forever thankful for you,” he wrote. “Your ability to make me feel so special through everything. Your true grace and beauty from the beginning. Your willingness to open your heart up to me and give me a chance. Words cannot express how much you have meant to me.”

Aven ended his message with a wish for Rachel to experience “nothing but eternal happiness and love.” Thanks to that super sweet plot twist, maybe — just maybe! — he’ll play a part in said happiness.