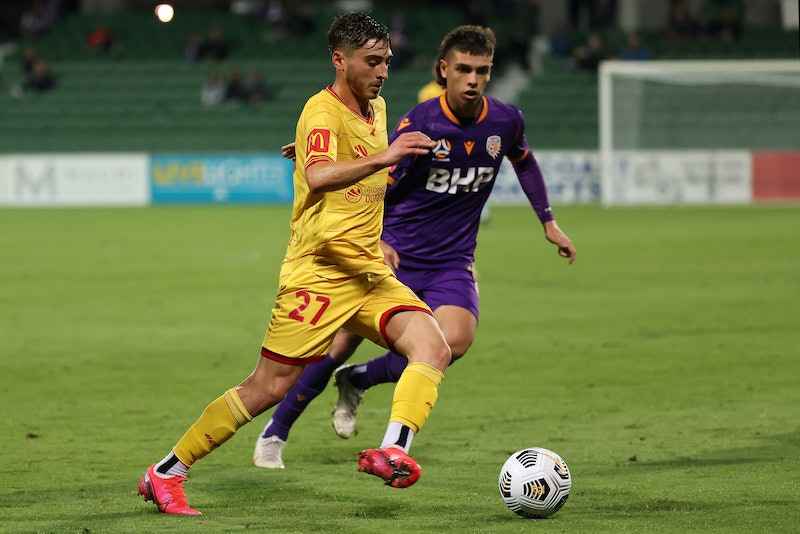 “Today, I’m ready to speak about something personal that I’m finally comfortable to talk about in my life,” said the Adelaide United midfielder. “I am proud to publicly come out as gay. It’s been a journey to get to this point in my life, but I couldn’t be happier with my decision to come out,” he wrote.

“For the people that know me personally, you’ll know I’m a private person. Growing up, I always felt the need to hide myself because I was ashamed. Ashamed I would never be able to do what I loved and be gay. Hiding who I truly am, to pursue a dream I always wished for as a kid, to play football and be treated equally never felt like a reality.

“Being a gay closeted footballer, I’ve had to learn to mask my feelings in order to fit the mould of a professional footballer. Growing up being gay and playing football were just two worlds that hadn’t crossed paths before. I’ve lived my life assuming that this was a topic never to be spoken about.”

A few hours after the initial post, Cavallo also posted a video echoing the words of his original post. Both received widespread support, including from his football team. “We stand alongside Josh for proudly being true to himself and will continue to love and support him as a member of our beautifully diverse family,” Adelaide United wrote.

Other organisations such as Stonewall and Pride Football Australia, as well as other footballers have also voiced their solidarity. Including Barcelona player Gerard Piqué, who thanked Cavallo “for this step that you take,” adding that “the world of football is far behind and you are helping us move forward.”

Professional referee Ryan Atkin, who came out in August 2017 said it was “amazing” to wake up to see “another #LGBTQ+ person in football publicly announce their sexuality, to help others, and demonstrating it is OK to be gay in football.”

Professional football across the world has a long and difficult history with homophobia. Cavallo follows in the footsteps of previous footballers who have come out either toward the end of their professional career, or after retiring. Cavallo hopes his announcement will encourage more inclusivity in the sport, writing, “I hope in sharing who I am I can show others who identify as LGBTQ+ that they are welcome in the football community.”

More like this
Pro Footballer Zander Murray Is "Blown Away" By Support After Coming Out
By Sam Ramsden
Jinkx Monsoon Is About To Get Real Sketchy
By Sam Ramsden
Bimini, Tia Kofi & More React To Cherry Valentine’s Death
By Catharina Cheung
'Heartstopper’s Kit Connor Quits Twitter Amid “Queerbaiting” Accusations
By Sam Ramsden
Get The Very Best Of Bustle/UK