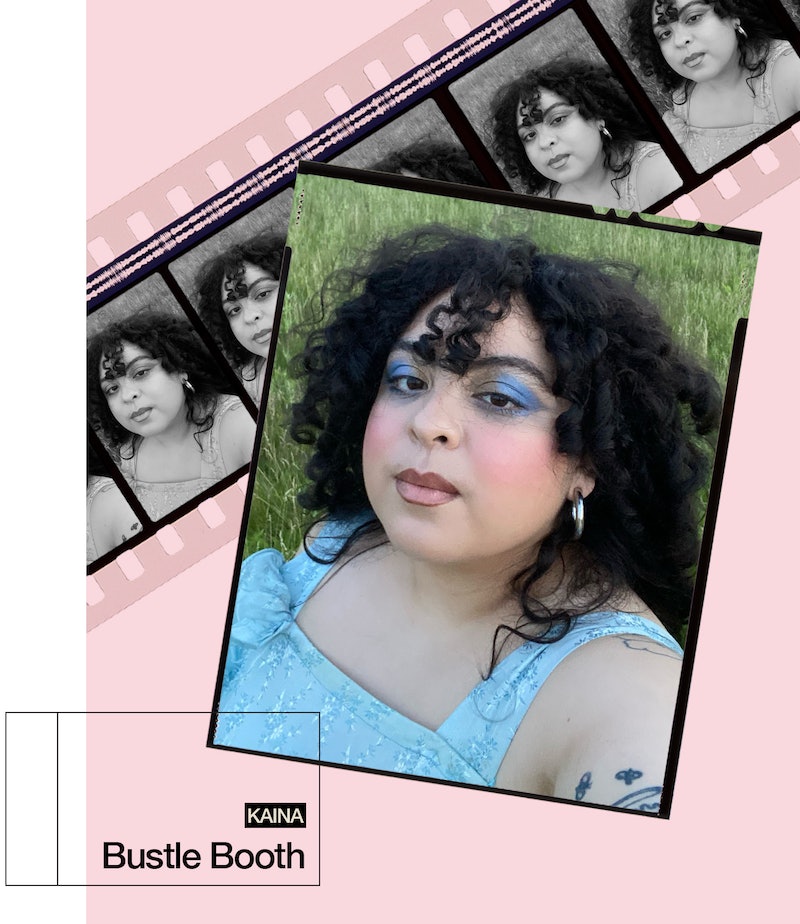 Kaina Castillo, the 26-year-old singer-songwriter known as KAINA, was forged in the crucible of Chicago’s underground music scene. At the sweaty basement shows she attended as a DePaul University student — performances staged in the glow of busted string lights and underage drinking — Castillo found her voice. “There is special energy,” Castillo tells Bustle. “I learned everything about what I do now from those spaces.”

During those years, Castillo wrote and performed poetry with Young Chicago Authors (the same program where Chance the Rapper and Jamila Woods learned their craft), and eventually began setting her words to music. At her 21st birthday party — an Aquarius season-themed DIY show — she realized she had a knack for bringing people together. “There was a line around the corner to get into it,” she says.

Since then, she’s concocted her own distinctive medley of R&B, soul, salsa and pop, pulling from her longtime favorites like Stevie Wonder, The Cheetah Girls, and Celia Cruz. Castillo’s lyrics, though, are all hers. On her 2019 debut album Next to the Sun, released through local Chicago label Sooper Records, she sang about her upbringing as a first-generation daughter of Venezuelan and Guatemalan parents, and “how that manifests in all areas of my life: in education, in being a young woman, in finding love.”

With her new album It Was a Home, out March 4, Castillo looks to broaden her scope — making the leap to the international label City Slang, producing her own tracks, collaborating with the likes of Sleater-Kinney and Helado Negro, and embarking on her first headlining tour. “I’m coming into my new album with more sense of self, or clarity about myself, more confidence about myself … I’m learning how to take up space,” Castillo says. In her music videos for “Apple” and “Anybody Can Be in Love,” she appears fully realized — dazzling and colorful, adorned with neon makeup and sparkling fabrics. Castillo fashioned herself as “a Latina Mr. Rogers,” she says, presiding over a “colorful, kooky” neighborhood. If Next to the Sun was about finding her place in the world, It Was a Home sees her building her own.

Learn more about KAINA in her Bustle Booth questionnaire below.

Brown sugar shaken espresso from Starbucks — except I learned how to make it at home, so I save money now.

“She doesn’t even go here,” from Mean Girls.

I’ve been watching the Marvel series because I’ve never seen them, and I feel like such a nerd and I love it.

I kind of want to be on a makeover show because it seems nice — they hook you up with clothes or get [your] house redone. Or maybe [Tidying Up with] Marie Kondo. I don’t know if that counts as reality TV, but I would love for that to happen to me.

“I Wanna Dance With Somebody” by Whitney Houston — except for at the end when it is too high for me. I point the mic at anyone else who is around so I don’t have to sing it.

My friends. I’ve had a really insane last two weeks, and it has been a nice reminder that I have people who support me and care about me even though I am often the one to take care of everyone.

Just that I saw them or was considerate. That I cared. Even just “she was so nice,” because I really try to be a nice person.