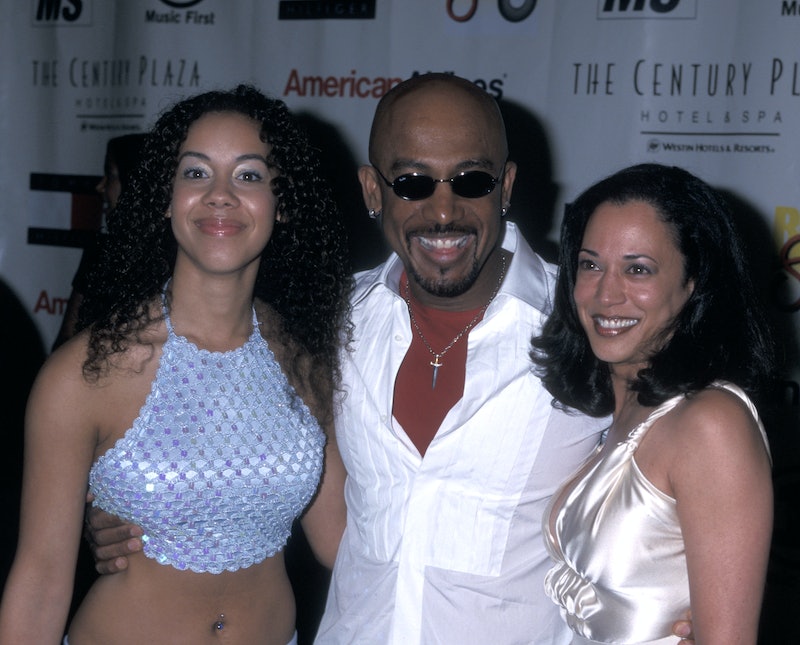 If things had gone a little differently, the first Second Gentleman of the United States could have been a well-known talk show host. Apparently, Vice President-elect Kamala Harris and Montel Williams used to date, and let's just say Twitter is shocked. According to Newsweek, Williams and Harris were briefly involved in the early 2000s, when the now-Senator was working for the San Francisco City Attorney's office; she accompanied Williams and his daughter Ashley to the Eighth Annual Race to Erase MS event in Los Angeles that year.

Williams himself confirmed the relationship in August 2019, when he supported Harris during her campaign for the presidency. "Kamala Harris and I briefly dated about 20 years ago when we were both single. So what?" he wrote in response to a since-deleted tweet from reporter Chris Spargo. "I have great respect for Sen. Harris. I have to wonder if the same stories about her dating history would have been written if she were a male candidate?"

Although Harris and Williams haven't been hiding their romantic past from the public, there appears to be a whole new wave of social media users only just learning about it for the first time. And once Buzzfeed pointed it out in an article published on Nov. 13, Twitter users quickly flooded the platform with messages of shock and surprise.

In response to the resurgence of reactions to his past relationship, Williams attempted to use his new "trending" status to draw attention to the case of Trevor Reed, a Marine veteran who has been detained in Russia for over a year. (Williams is also a veteran, having served in both the Marine Corps and the U.S. Navy from 1974 until 1995.) "Since I'm apparently trending..." he wrote, drawing his followers' attention to a GoFundMe page organized by Reed's loved ones. "Reed is a Marine veteran who has been wrongfully held 451 days by the Russian Government. For those who can, please help the family keep fighting."

For her part, Harris has never publicly commented on her relationship with Williams. She met her husband, lawyer Doug Emhoff, in 2013 after being set up by a mutual friend. The pair tied the knot a year later. "I love my husband," Harris told Now This in 2019. "He is funny. He is kind. He is patient. He loves my cooking. He's just a really great guy." Emhoff has also confirmed that he plans to support his wife by stepping away from his practice after Harris and President-elect Joe Biden's inauguration in January 2021.

"I love being surrounded by strong women," Emhoff said about Harris during a conversation with his kids (who are also Harris' stepchildren) for Glamour in October. "... But also women who are funny and compassionate and actually want to do good in the world. People talk about it like it's something unique or a big deal, but I think, well, everyone should want to know strong women and support them."