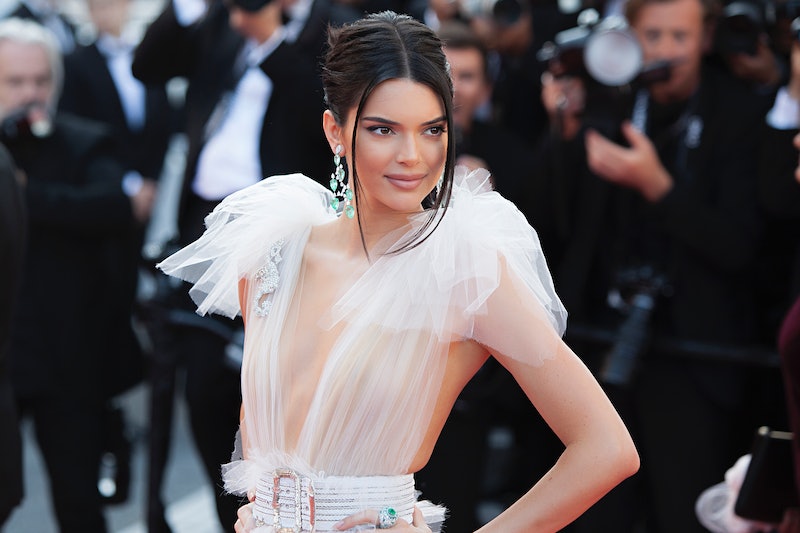 Another Kardashian-Jenner business venture has secretly taken off. Kendall Jenner announced the launch of her tequila brand, 818, on Tuesday, Feb. 16, and it turns out she’s already had a lot of success with it. She revealed in an Instagram post that she’s been working on the brand for nearly four years and the work has paid off with numerous awards.

“For almost 4 years i’ve been on a journey to create the best tasting tequila,” she wrote in part. “After dozens of blind taste tests, trips to our distillery, entering into world tasting competitions anonymously and WINNING … ..3.5 years later i think we’ve done it!”

Jenner went on to share that the tequila is “coming soon” and put her enthusiastic stamp on it. “This is all we’ve been drinking for the last year,” she added, “and i can’t wait for everyone else to get their hands on this to enjoy it as much as we do!”

The model also offered a look at the work that has gone into creating the alcohol, which is “hand-crafted tequila from Jalisco, Mexico,” according to the brand. Her Instagram announcement included video of her choosing between different options, tequila-centric celebrations, a photo of awards they’ve won, and more.

Of course, members of the Kardashian-Jenner family are cheering Jenner on. Her younger sister, Kylie, an entrepreneur herself, commented, “KENDALL!!!!! yes!!! i’ve seen all the hard work and LOVE you’ve put into 818!!! and u did it .. the best tequila !!! proud of u.” Older sister Kim Kardashian also shared her pride, writing, “So proud of you! I wasn’t a drinker until I tried 818. Tequila shots all day!!!”

It looks like there are plenty of reasons to be proud. The accolades 818 has earned, according to her announcement, include Best Reposado Tequila from the World Tequila Awards, the Platinum Award Award from the SIP Awards, and the Chairman’s Trophy from the Ultimate Spirits Challenge, among others.

Yet despite the positive feedback, some fans were skeptical of her choice in business venture, especially considering that tequila is strongly tied to Mexico, the country where it was born. (In fact, it’s named for a city in Jalisco.) Even as many fans on Twitter celebrated her “bad b*tch” move of anonymously entering her product in competitions, others considered her decision to make the booze culturally appropriative.

Coincidentally, Jenner’s 818 launch came just a day after comedian Kevin Hart announced that he was getting into the tequila game. He told fans to “stay tuned” in a Feb. 15 Instagram announcement, revealing that he’s “almost there” after “3 yrs of developing.” Apparently fans will not lack for choice when it comes to celebrity tequilas.