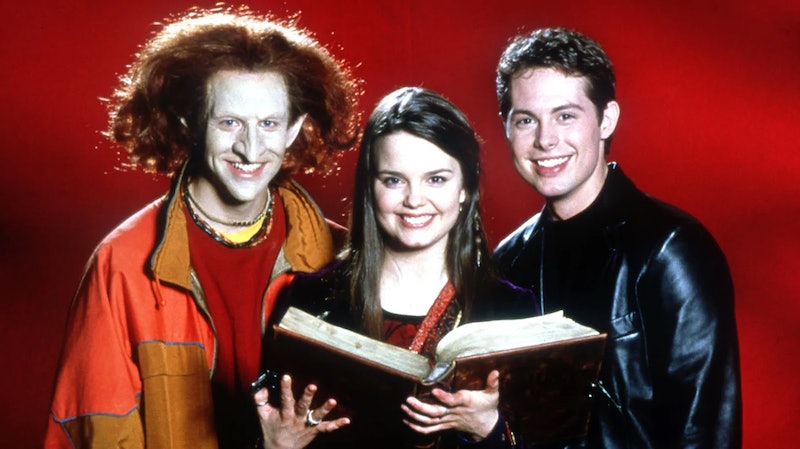 Twenty years ago this October, Halloweentown II: Kalabar’s Revenge debuted on Disney Channel. The movie would go on to change the lives of its two teen stars, Kimberly J. Brown and Daniel Kountz, who are in a relationship today. Of course, they didn’t know it at the time. Back then, they were just two friends acting in one of the channel’s most iconic original movies ever (it’s like the Empire Strikes Back of the Halloweentown franchise). Now, in the best TikTok of spooky season, they recreated a scene from the sequel.

In Halloweentown II, Brown reprised her role as half-witch Marnie Piper while Kountz played Kal, her Christian Slater-esque crush who’s secretly a warlock trying to wreak havoc on Halloweentown and the outside world. His plans don’t pan out, of course, thanks to Marnie’s spell skills. That might have been the last time Kal and Marnie met, but it wasn’t the end for the actors themselves. As Brown told Bustle in 2018, they stayed friends and even worked together on a short film about Kal before they ultimately got together.

The IRL enemies to lovers are clearly still fond of their Disney Channel days and celebrated 20 years of Kalabar’s Revenge with a popular TikTok trend. In a clip set to Simple Plan’s “I’m Just a Kid,” present-day Brown and Kountz posed in their Halloweentown fits before cutting to a throwback photo of the pair in 2001. (The post has already surpassed a million likes.)

Brown recently completed a run on General Hospital, and Kountz is a Los Angeles real estate agent. As busy as the couple might be, they both still make time to get into the spooky spirit and celebrate their Halloweentown roots and have also made appearances at various conventions.

For her part, Brown even appeared on Christy Carlson Romano’s YouTube channel in 2019 (i.e., before the current walk-and-talk era) and talked about the relationship's serendipitous beginnings. “The irony of it all was just crazy,” she said, referencing Marnie and Kal’s on-screen animosity. “The few fans who were always like, ‘Yeah, I thought Marnie and Kal should’ve ended up together,’ and I was like, there was no way that Marnie would have ever, ever dated Kal. No. She wanted him to be locked up, too.” Off-screen, things seem to be going well.