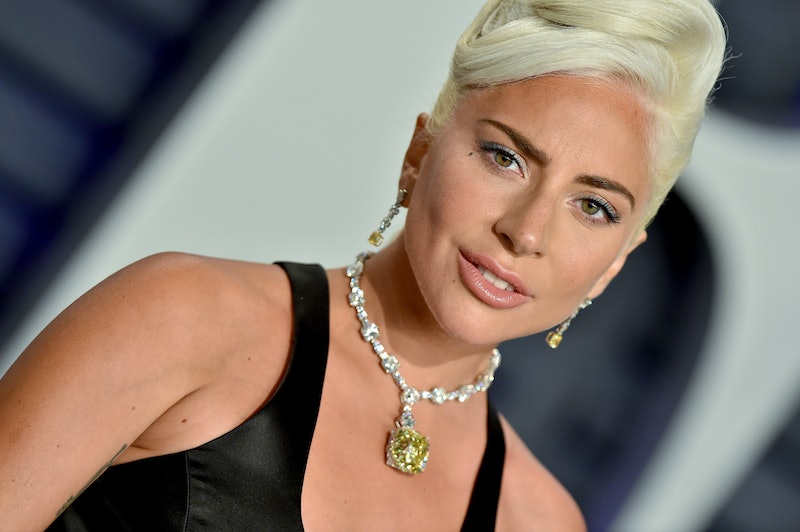 Lady Gaga may be in Rome filming the upcoming crime drama House of Gucci, but that didn’t stop her boyfriend from sending her a massive birthday gift. On Sunday, March 28, the 35-year-old pop star took to Instagram to gush over the gigantic flower arrangement she received from Michael Polansky, who she’s reportedly been dating since late 2019.

“When your bf sends you all the flowers in Rome for your birthday,” the “Rain On Me” singer captioned the photo, which featured her hugging what could’ve easily been every last flower in Italy’s capital. “I love you honey. I can’t wait to be home with you and our dogs, that’s all I need.”

It’s understandable why Gaga is anxious to get home. Last month, the singer’s dog walker, Ryan Fischer, was shot while walking her three French Bulldogs in Los Angeles. The gunman then got away with two of her dogs, Gustav and Koji, which prompted her to offer $500,000 for the safe return of her pets “no questions asked.”

“My beloved dogs Koji and Gustav were taken in Hollywood two nights ago,” Gaga wrote on Instagram at the time. “My heart is sick and I am praying my family will be whole again with an act of kindness. I will pay $500,000 for their safe return. Email KojiandGustav@gmail.com to contact us. Or, if you bought or found them unknowingly, the reward is the same. I continue to love you Ryan Fischer, you risked your life to fight for our family. You’re forever a hero.”

Fortunately, Fischer survived the incident and Gaga’s dogs were later returned unharmed. But after being so far away while the shooting and dognapping took place, it makes sense that Gaga is ready to go home and love on her dogs. Not to mention, it’s pretty clear from her latest Instagram post that she’s looking forward to reuniting with Michael, too.

Gaga officially confirmed that she and Michael were dating in January 2019 with an Instagram photo of her sitting on his lap while looking out at the ocean. “We had so much fun in Miami,” she captioned the post. “Love to all my little monsters and fans, you’re the best!” A few weeks earlier, a source told E! that “they’ve been seeing each other since before the holidays and she’s crazy about him. They had already been seeing each other for weeks.”

If the flower arrangement isn’t enough proof that the pair is going strong, Gaga attended Joe Biden’s inauguration with Michael by her side. And last March, an insider told Entertainment Tonight that she is “completely in love with him.” “Anyone that has spent any time with them can see the connection,” the source revealed. “They are completely smitten. Her friends haven’t seen her this happy in years. It didn’t take long for her friends to adore him too.”

More like this
Who Is Nick Cannon Dating & How Many Kids Does He Have?
By Jordyn Tilchen and Radhika Menon
Khloé Kardashian Is Reportedly Dating A Private Equity Investor She Met Through Kim
By Jordyn Tilchen and Jake Viswanath
A New Portrait Shows King Charles With William & Kate Before The Queen’s Funeral
By Stephanie Topacio Long
Stanley Tucci & Felicity Blunt’s Relationship Timeline Might Make You A Little Hungry
By Jake Viswanath
Get Even More From Bustle — Sign Up For The Newsletter