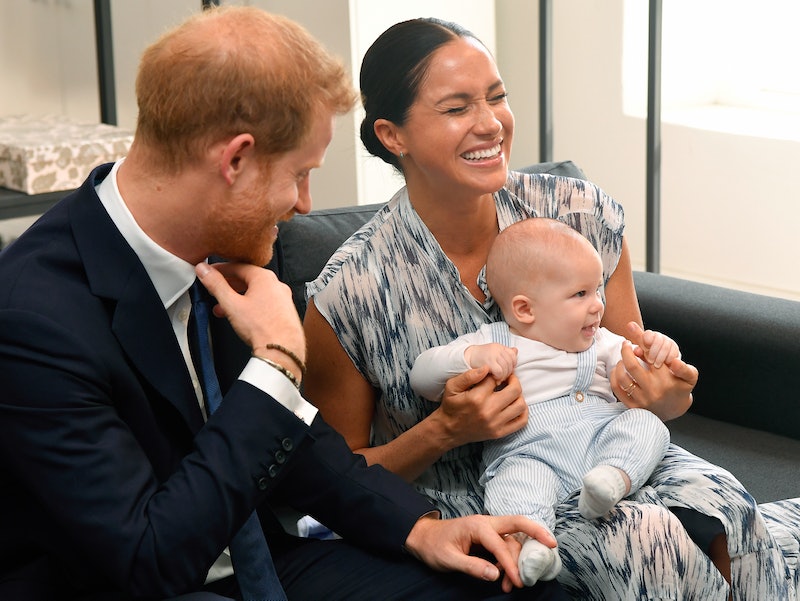 Since they stepped away from their roles as senior royals, Meghan Markle and Prince Harry have largely kept their family life fairly private. You know, except for the odd tidbits here and there. (Think Lilibet’s adorable bedtime routine or Archie’s fave song.) However, a new interview with a celeb pal of the the royal couple provides a rare insight into the lives of the young Sussexes – and their playdates in particular. The revelation comes from none other than Gavin & Stacey star and The Late Late Show host, James Corden.

Speaking to the Sun, Corden opened up about his relationship with the Duke and Duchess of Sussex, who famously featured in The Late Late Show – carpool karaoke bit and all – in 2021. “I’m a huge fan of both of them and have nothing but admiration and respect for them,” he said.

“I have a huge amount of respect and admiration for Harry, and anyone who has been around him and spent time with him would feel exactly the same way,” the actor and TV host added. “I think he is a devoted and loving husband and father and I think what they have done [in turning away from royal life] is incredibly brave and I’ll always be in their corner.” More importantly, he revealed that he, his wife Julia, and their three children – Carey, Max, and Charlotte – have shared a playdate with the Sussexes.

Confirming that his family has indeed “been round” to Meghan and Harry’s £11million Montecito mansion, Corden said: “It was more a sort of play date scenario [with the kids]. Then we went out for dinner after, it was lovely.” There are few details beyond that, though. “Obviously I’m not telling you any more,” he added.

In April Corden confirmed he would be leaving his late night TV show come 2023. Per Variety, The Late Late Show will return to London one final time, broadcast four episodes from Freemasons’ Hall in Central London at the end of June.

Prince Harry and Meghan Markle will also be making a return to the UK – with Lilibet and Archie in tow – this summer. The Sussexes confirmed they will attend The Queen’s Platinum Jubilee celebrations in June. Who knows, there might even be time for a playdate for the Corden clan and the Sussexes in Buckingham Palace next.