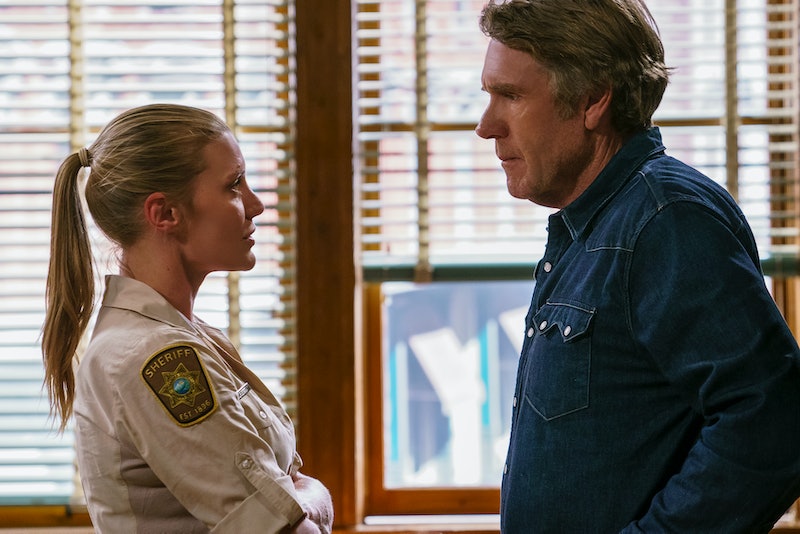 Netflix's intense crime drama Longmire is finally coming to a close after a tumultuous multi-network run. The show originally debuted on A&E but was canceled by the network. Netflix ultimately rebooted the series, but then decided that it was time for the show to come to a close. While Longmire won't return for Season 7, it offers fans the closure and proper ending that it originally deserved.

"We are grateful to Netflix for the opportunity to compose a closing chapter for these beloved characters that inspires lasting memories," the show's executive producers Greer Shephard, Hunt Baldwin and John Coveny said in a joint statement, according to the same Deadline report. "Most importantly, we’re committed to delivering a dynamic and satisfying conclusion to our fans that rewards their longtime loyalty."

Lou Diamond Phillips, who plays Henry Standing Bear in the show, told Cowboys & Indians magazine that the final season would bring "closure and satisfaction," and said he feels glad the show is finishing its run on Netflix rather than traditional network TV.

"We have a passionate and loyal audience of almost six million viewers [per episode]," the actor told the magazine. "Airing on Netflix [after the original run on A&E] has given us the opportunity for longer stories and deeper story lines, as we’re not constricted by the traditional 48-minute episode length." He also said that when he was first approached with the project he thought it would be something special. "It was one of the best pilot scripts I’d ever read — classic storytelling evident from the outset," Phillips said in the same interview. "Our head writers have maintained that level of cinematic storytelling and there is nothing like it on television."

Katee Sackhoff, who plays Victoria in the show, told CinemaBlend that the experience of filming the final season of a television show provides a unique opportunity for the Longmire cast. "Because we knew this was our last season, it sort of provided actors with this beautiful ability to do what you always want to do and you don't always get the opportunity to, which is sort of leave it all on the floor," she said. Based on what Sackhoff has said about her last hurrah with her character, it seems that fans will be pleased with what she'll pull off and the emotion that she's put into this one last Longmire performance. "This is Vic's sort of swan song, if you will," Sackhoff continued. "And that's not a spoiler. Everything that she had in her this entire six years is gonna come out in the last five episodes, so it was a fun thing for me to do, because it sort of felt like six years of this pent up energy."

It's truly a testament to fans that this show got to pull off the ending it was meant to have. Robert Taylor, who plays the titular character in the show, told Parade magazine after the show was picked up by Netflix that he was astonished by the support devoted viewers gave them after the A&E cancellation. "It’s just been so inspiring and resilient and inventive, and the whole thing is humbling actually that there’s that many people that just really connect with the show and want to see it keep going," he said. And while there won’t be a Longmire Season 7, the show has had one incredible run.

This article was originally published on November 19, 2017