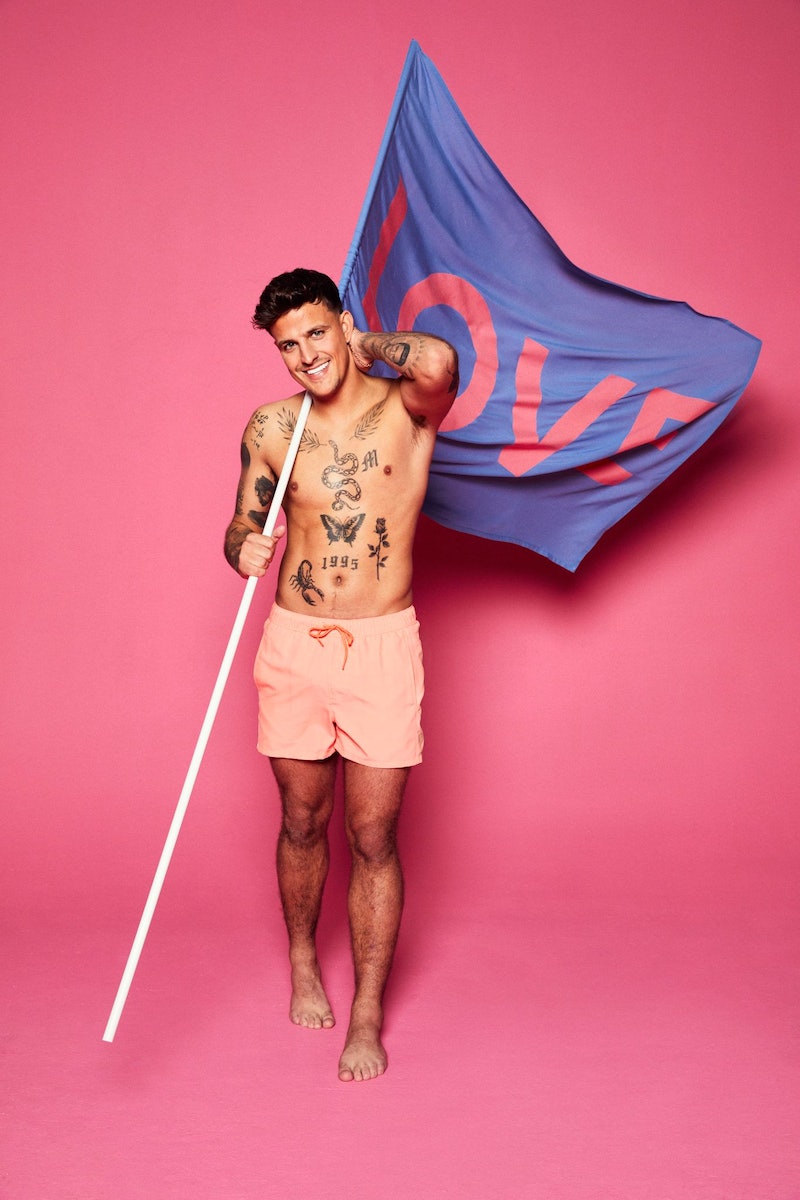 The drama has officially begun on Love Island, and 23-year-old Luca Bish is right in the middle of it. After Danica Taylor made her shock bombshell appearance on June 19, she decided to take the loved up Luca from Gemma in a surprise twist. Whether he’s still hoping to emulate the success of previous Love Island couples remains to be seen, but he’s totally still got eyes for Gemma. Read on to find out more about Luca and what he looks for in a date.

What Is Luca’s Job?

Luca is a fishmonger from Brighton and came out of a four-year relationship a year ago. On his relationship he explained, “I was enjoying being in a relationship, there were just things I didn’t like and we drifted apart.”

Luca’s pre-Love Island Instagram is mostly made up of friends, family, and lounging at home and his sister seems to now be running his account now that he’s about to enter the villa. She posted a fish heavy pun-inspired caption announcing Luca’s Love Island journey, with part of the caption saying, “The SEAcret is out, and the news is oFISH.” Prior to entering the villa, Luca had a follower count of just over 3,000. At the time of writing, he’s now sitting at a whopping 262,000. You can follow him at @lucabish.

What Else Is There To Know About Luca?

Described as a “class clown” by his family and friends, Luca is also all about having a laugh and a good time and making sure everyone else is as well, and hopes his personality will shine through in the villa.

We also know how Luca likes to approach love and dating, and he’s not afraid to ask someone out on a date if he likes them. He said, “If I think you’re the one or I like you, I’ll take you out on a date but other than that, if we talk and I don’t like where it’s going – then I won’t be throwing out dates.” He also prefers to meet girls “out and about” as “when you go looking for it, it’s not as easy though, it’s like you’re too desperate for it.” And as viewers gathered during his first date with Danica, Luca doesn’t drink alcohol either – something that’s evidenced on his social media, according to Grazia.

And as someone who once took a girl out on a private plane for a first date, Luca is someone who goes all in and will go after who he wants. “I’m not a home wrecker but if it’s early doors and I like that girl then I’ll go for her.”

Love Island starts at 9pm on Monday 6th June on ITV2 and ITV Hub. Episodes are available the following morning on BritBox.

This article was originally published on May 30, 2022