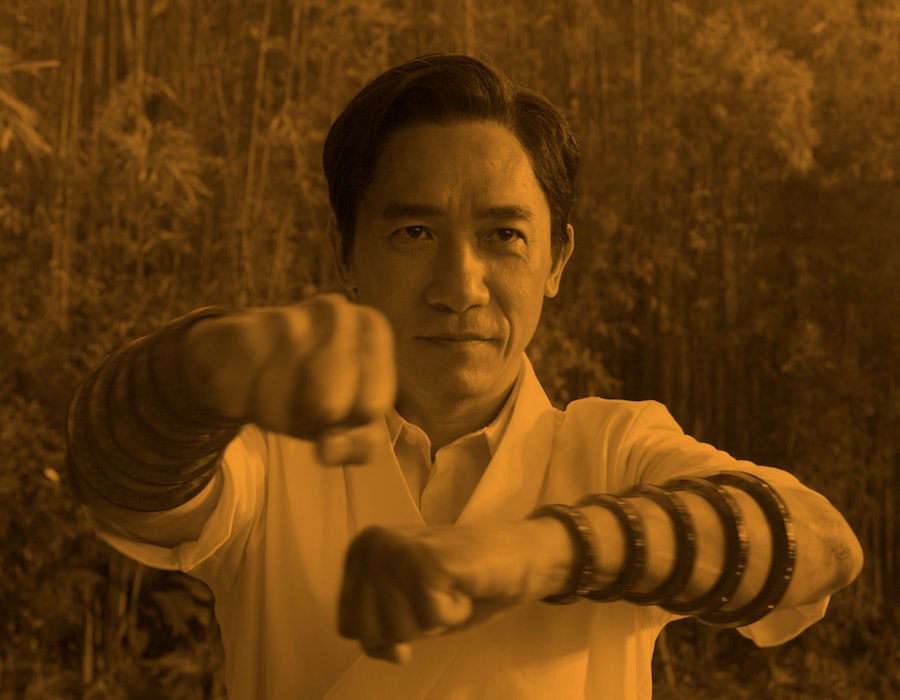 For a long time, I steered clear of the Marvel Cinematic Universe. Partly because I’ve always found superheroes to be self-absorbed and mopey. (Cry me a river, you can fly. Also, if you’re so powerful why don’t you, I don’t know, fix climate change?) Partly because, much like our own universe, Marvel’s is continuously expanding. I was certain that the sheer number of characters would overwhelm my Swiss cheese block of a memory, not to mention my (dubious, self-diagnosed) partial face blindness. I’d be squinting at the screen, slack-jawed, desperately attempting to recall why the one guy was mad at the other guy, or maybe wasn’t, I don’t know, someone make me a flow chart.

And well, I was kind of right. Stupidly, I didn’t even really try to watch the movies in order, so I never had any idea what was happening at any given time. Sometimes the Avengers were fighting people, sometimes aliens, sometimes Tom Hiddleston with horns. Other times they fought each other, or debated geopolitics, or hinted that they wanted to kiss but couldn’t possibly go through with it. I was lost in a Marvel soup, sampling whatever beefy Steve Rogers meatball or wiggling Groot noodle came my way.

Until I found the through line. The cipher that unlocked the Marvel mythos, collapsing its spiraling network of heroes and villains and villains-turned-heroes into a simple, digestible narrative: jewelry. Specifically, the pursuit thereof.

No one lusts after jewelry like a Marvel character. An Upper East Side grande dame, pitted against an Avenger at a high-stakes auction, will lose every time. The Hulk would curb stomp her, fur coat and all, before she could even raise her number.

Once you see it, the jewels are everywhere, studded across the MCU. Take Thanos. The guy devoted years to collecting a particularly prized set of precious stones (naturally, as matching pieces are always more valuable together), laying waste to thousands of worlds along the way. He even sacrificed his own daughter for a gem! His peers in the jewelry collection community then spent the next five years stewing over this, staring into the middle distance and occasionally slamming fragile objects. Eventually, they’re so desperate that they invent time travel to steal the stones back... just embarrassing. Get a better hobby!

But isn’t just the big boy with the glove. Black Panther is way too into his Vibranium baubles. Doctor Strange risked everything to steal an emerald necklace from Kamar-Taj. Iron Man loves palladium and rhodium so much that he decided to ditch his heart in favor of the shiny metals. Wenwu was more into his magical bangles than his own family for a while there — so much so that he thought his bracelets were talking to him. (Before you correct me, I know that the Ten Rings are based on weight training tools. I just also know that those weight training tools are, essentially, heavy bangles.)

Fighting over jewelry is trashy. And it is also, mercifully, something I can understand. I have seen how Bling Empire’s matriarchs feud over necklaces. I also know the time-honored tradition of pulling a girl’s hoops when you’re throwing punches. So too, I now know Marvel. When I put on a superhero movie, I have a guidepost to follow. Rather than staring vacantly at the horde of caped crusaders, I smile at my messy b*tches.

More like this
Memes & Tweets About Logan Switching From Rachel To Gabby On 'The Bachelorette'
By Grace Wehniainen
Why Did Meatball Leave 'The Bachelorette'? His Second Chance Didn’t Last Too Long
By Grace Wehniainen
The 'PLL: Original Sin' Creators Say A’s Identity Will Be “Very Clear” By The Season Finale
By Alyssa Lapid
'The Sandman’s Ending Is A Departure From Neil Gaiman’s Comic Book Series
By Kadin Burnett
Get Even More From Bustle — Sign Up For The Newsletter