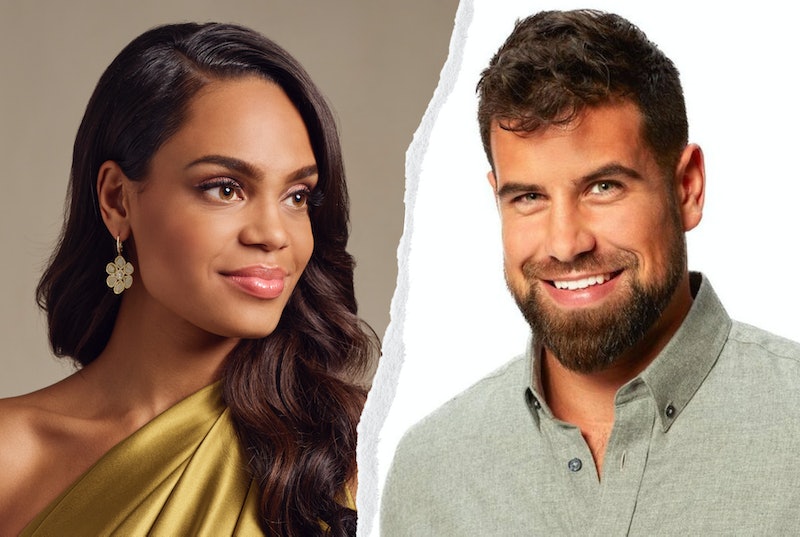 After Blake Moynes and Katie Thurston announced their breakup on Oct. 25, Bachelor Nation is wondering if Blake might slide into Michelle’s season for his fourth chance at love. Per the franchise’s No. 1 fan-slash-soothsayer, Reality Steve, Michelle’s season actually finished filming in the first half of September, so it would be virtually impossible for the wildlife pro to actually show up in the next few weeks unless the producers work some major magic. Of course, there’s also a hypothetical, galaxy-brained version of events in which Katie and Blake actually broke up earlier and are only sharing it now. As Twitter user AWa3785 posited, “if you throw enough money at someone to not disclose a breakup too soon you can make anything happen.” Now that is some quality conspiracy content to chew on.

Either way, viewers can dream, right? It’s an outcome so obvious, so perfect, that Blake himself joked about it earlier this year. As Us Weekly reported in July, the multi-time Bachelorette contestant who competed on Clare, Tayshia, and Katie’s seasons responded to a viewer’s Instagram comment asking when he’d show up on Michelle’s season: “Waiting on Michelle to respond to my DM first,” he wrote. At the time, it was an obvious joke — he was newly, happily engaged, after all — but now, it all feels way too real for Bachelor Nation. Plausible or not, here are the best memes and tweets about Blake joining Michelle’s season.

More like this
Bachelorette Gabby Kissed Her New Fiancé On 'Dancing With The Stars'
By Jake Viswanath
Why Did Lace's Fake Her Birthday On 'Bachelor In Paradise'?
By Kadin Burnett
Here's The Full List Of Zach's Confirmed & Potential 'Bachelor' Contestants
By Kadin Burnett and Grace Wehniainen
Kesha Is Down To Be The Next Bachelorette
By Jake Viswanath
Get Even More From Bustle — Sign Up For The Newsletter