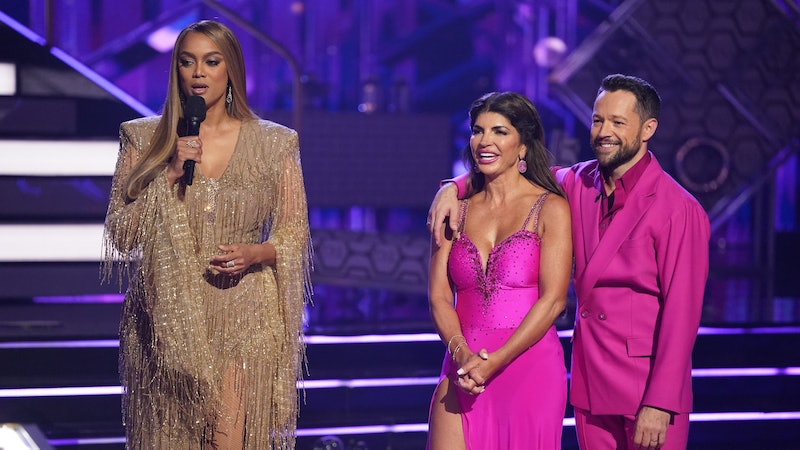 As the great J.Lo sings, it’s time to dance again. Dancing with the Stars is back, with 16 new celebrity contestants, a new co-host, and a new home. Season 31 premiered on Sept. 19 on Disney+ for the first time, making it the first show to air live on the streaming platform. It also marked the hosting debut of DWTS mirrorball champion Alfonso Ribeiro, who joined Tyra Banks as co-host.

While many of the contestants were still finding their footing on the dance floor, some performers immediately made their mark for their dancing or their antics. Fans on Twitter were very entertained by the season premiere.

The Real Housewives of New Jersey star made her mark by flipping a table on the first season of the Bravo series in 2009, and the rest was history. Thirteen years later, Giudice made her DWTS debut by dancing around a dinner table before proceeding to flip it over. The rest of her tango routine with Pasha Pashkov didn’t impress the judges, earning a score of 20 points out of 40, but the table flip alone was enough to win fans’ hearts.

The current Bachelorette (well, co-Bachelorette) impressed fans, judges, and her co-Bachelorette Rachel Recchia with her first DWTS number. Windey danced a jive to the tune of Harry Styles’ “As It Was” with partner Val Chmerkovskiy, which judge Derek Hough declared “the best dance of the night so far,” earning a score of 28 out of 40. But fans were most amused by her post-routine interview, when Ribeiro asked how her cheerleading background has helped her. “I’m more of a performer instead of a technical dancer, does that answer your question?” she asked, to which the host replied quickly, “No.”

Blair has been open about her experience with multiple sclerosis for years, and says she hopes to use DWTS as a tool to help her physical and mental ailments. She made her mission clear at the beginning of her first dance with partner Sasha Farber, leaving her cane behind to perform an elegant Viennese waltz that sent judge Carrie Ann Inaba to tears. “You dance like a true artist,” she commented. “You are fully able to do and achieve anything, that was so impossible.” Evidently, Twitter was also in tears after Blair’s routine, making her the star to root for.

While Giudice’s table flip made fans go wild, it wasn’t enough to save her and partner Pashkov from the bottom two, along with Lewis and his partner Peta Murgatroyd, who scored 18 points out of 40.

However, since Giudice ranked 12th out of all of the dancers and Lewis earned the second-lowest score of the night, the judges unanimously voted to save the RHONJ star, meaning the SATC alum was the first contestant to be sent home this season.