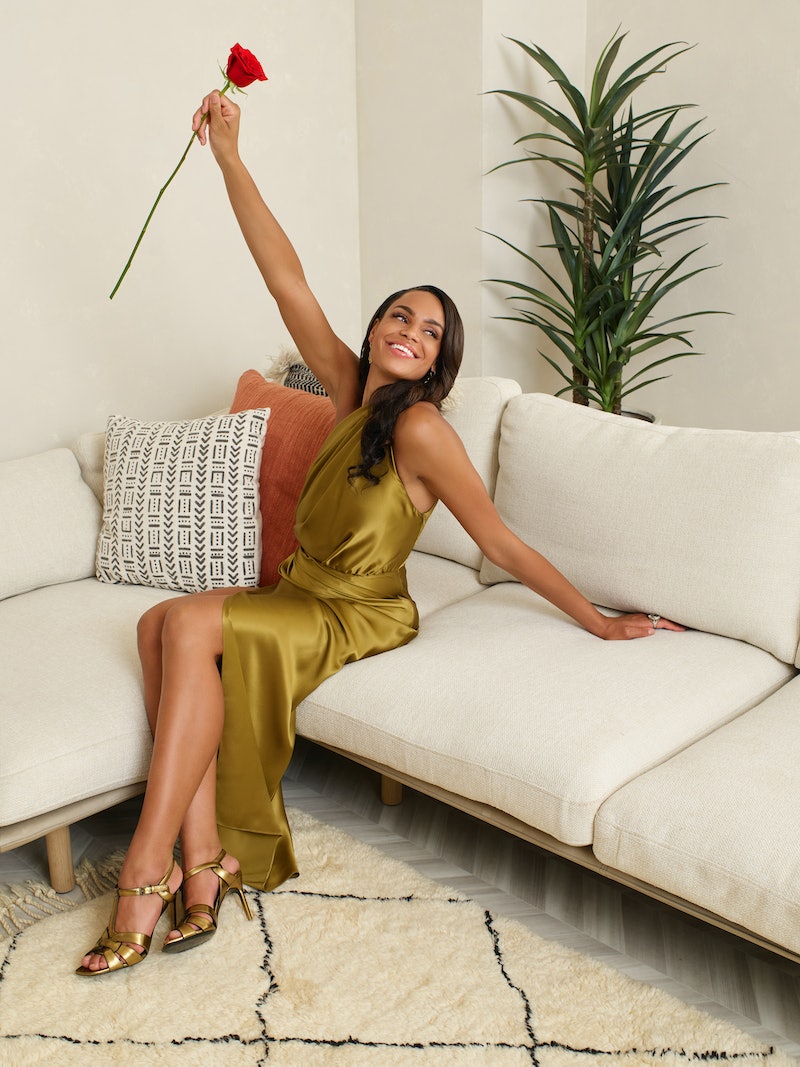 The Bachelorette is officially back on Oct. 19, and Michelle Young’s season stands to shake things up, especially if you’ve been missing the travel and hometown dates that COVID restrictions have precluded from recent seasons. According to Bachelor Nation soothsayer Reality Steve, The Bachelorette will be “bringing back regular hometown dates this season” (Delta variant permitting), so you can probably count on seeing the contestants and their families connect on familiar terrain once again. But as for the bulk of the show, here’s where Michelle’s Bachelorette season was filmed.

There’s more than one answer — as the official trailer for this season confirmed, the contestants begin their journey in Palm Springs. Or, more specifically, Indian Wells’ Renaissance Esmeralda Resort & Spa, Reality Steve reported. But they won’t be staying for too long. At some point, the show will be moving to Michelle’s home state of Minnesota (she is a self-described “Minnesota girl at heart,” after all). The Bachelor Nation expert pointed to the Marquette Hotel in Minneapolis as the show’s specific filming spot for most of August.

Photos shared by Reality Steve also suggest Minnesota spots like the Stone Arch Bridge, the Target Field, Semple Mansion, and Lake Minnetonka are just a few of the filming locations over the course of the season.

However, don’t get too comfortable in Minnesota because there’s reportedly a third destination later in the season: Punta de Mita, Mexico. Reality Steve wrote that this is where overnight dates and the final rose ceremony will take place and even posted photos that seem to show Michelle with one of the final contestants.

But back to those hometown dates. If the reports pan out, Michelle’s season will see the return of this time-honored Bachelor Nation tradition. In seasons past, these dates added variety to the show with new environments and gave contestants a chance to connect on their “home field,” so to speak. More importantly, they opened the floor to significant emotional development, too. As former Bachelorette runner-up Jason Tartick wrote for Bustle in 2019, the “reversal in roles” can be “thrilling” or “a burden,” depending on the contestant in question.

“For me, hometowns were a time of self-reflection and understanding what was important in my life and in my relationships ... I actually broke down because of the realization that for so many years, I had built up walls to avoid facing insecurities,” Tartick wrote. “Rather than addressing those concerns, I ran from them. After three weeks of being so in tune with my emotions, it all hit me, and while it hurt, it was the best thing that ever happened to me.”

Tartick, who is engaged to fellow franchise alum and Bachelorette co-host Kaitlyn Bristowe, is proof of the benefits of hometown dates on a contestant’s journey. It’s exciting to see that they, along with more Bachelorette travel, will be back for Michelle’s season.