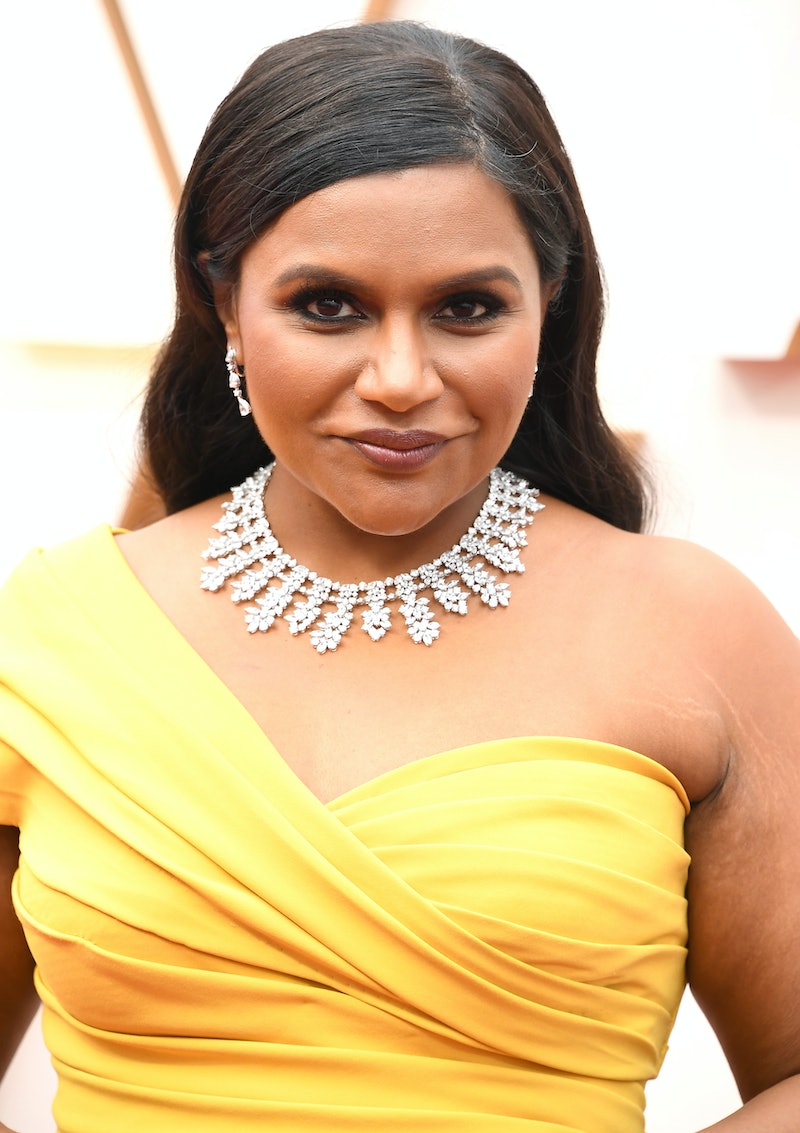 Mindy Kaling's recent news that she'll be the new voice of an iconic Scooby-Doo character excited most fans. However, she has quick retorts for those who aren't as welcoming. Kaling clapped back at a Twitter hater who used an Office GIF against her, and it's a true masterclass in how to deliver comebacks.

On Wednesday, HBO Max announced three new original series for the streaming service, including Velma, an adult animated Scooby-Doo spin-off telling the "origin story of the beloved animated sleuth," according to a news release. Kaling will voice the iconic character and serve as an executive producer on the series. However, the news wasn't taken well by one Twitter user, who responded with a famous Office GIF of Michael Scott (Steve Carell) shouting "NO" into the ether, as reported by BuzzFeed.

Kaling quote-tweeted the response and quickly noted the irony of the situation. "I wrote the episode of The Office this gif is from," she tweeted, in what just might be the most scathing burn of 2021 so far. Indeed, Kaling got her start as a writer and star of the iconic comedy series, playing the all-too-relatable Kelly Kapoor. The user has since deleted the original tweet, which can and should be taken as a win for Kaling.

Luckily, aside from that hater, most fans are excited about the news, as she acknowledged in a separate tweet that cleverly nodded to her new character's catchphrase. "Jinkies what a nice response," she wrote.

Kaling has spoken about her time on The Office frequently, noting how she was the only woman of color on the writing staff for its first season. "I remember that so vividly," she told Good Morning America in a 2019 interview. "The nervousness I felt ... going into that mostly Harvard room of writers, who had all worked on TV before, and feeling so overwhelmed and being so nervous I was going to get fired every day for like a year."

Of course, she went on to become a valued writer and character on the series, but her position as the only female writer of color came with its challenges. "If one of the other writers who is white and male has a bad day or off day or isn’t as funny as they should be, you don’t think that’s a reflection of all white men,” she told USA Today in 2019. "I had this huge fear of, ‘God, I’m representing so many millions of people here by my sheer presence, and if I do not do well, it’s a reflection on my race and my gender.'"

More like this
Nicola Coughlan’s Description Of Meeting Olivia Colman Is Just So Nicola Coughlan
By Sam Ramsden
The Try Guys Cheating Scandal, Explained
By Grace Wehniainen
Confusion Reigns After Kanye Changes His Instagram Profile Pic To Kris Jenner
By Jake Viswanath
Kourtney Kardashian Claps Back At Pregnancy Speculation On Instagram
By Jake Viswanath
Get Even More From Bustle — Sign Up For The Newsletter