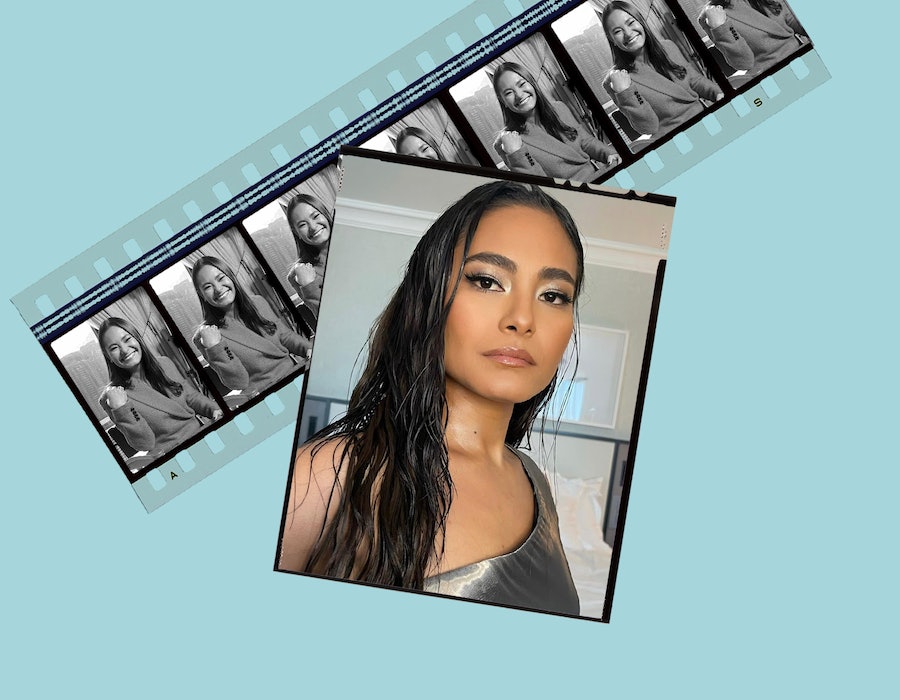 After a decade of acting in Mexican film and television, Mabel Cadena is proud to call Mexico City home. She’s built a life there that includes two Ariel Award nominations (Mexico’s Oscars equivalent), a new puppy named Cometa, and the support of family, including her mother and grandmother, who, yes, serve as sitters for said dog when she’s away filming. “I really love this city, and I have a really amazing career here,” Cadena tells Bustle.

Then, a call from Marvel about starring as Namora in Black Panther: Wakanda Forever took that career international.

Of course, the superhero franchise has a famously secretive auditioning process, so Cadena didn’t even know what role she booked. “[I] was like, OK, who’s Namora?” The answer didn’t come from the comics, necessarily. As Cadena explains, she doesn’t look like the original Namora: a princess of Icelandic heritage, who CBR describes as “a precursor to Supergirl.” But no matter — that gave Cadena the chance to start fresh and incorporate her own background into the role.

“I had the opportunity to talk with [director] Ryan [Coogler] about my Mexican culture, about me as a woman, as a Latin American woman, as a Mexican woman,” she says. Cadena also worked closely with Tenoch Huerta, who plays her cousin, Namor, to ensure their characters reflected that shared culture. Together, the pair developed body language for the Talokanil that expresses a close, familial bond, “because Mexicans are very warm, are very welcoming, are very protective,” Cadena says.

Still, playing Namora wasn’t all intuitive. “My first day [of working] underwater, I was completely alone [for] all my scenes that day … I was like, I have the technique, but I don’t know how to connect with my emotions,” she explains. Cadena asked her assistant to record footage so she could study herself — and by the end of her first day, she could stay underwater for nearly seven minutes at a time.

If the process forced Cadena to see herself from a new perspective, that shift applies to her evolving career, too. “I never thought I’d have the opportunity to play in this place, so I feel hope, I feel faith — I’m excited about [doing] different things in Hollywood right now.”

While she’s not in a rush to leave Mexico City, she’s proud of the opportunities playing Namora has provided so far. “[At] the premiere in Mexico, my grandmother told me, ‘I know you do amazing things — but this is too high,’” she recalls. “‘You did a really big, big, big thing.’”

Get to know more about Cadena in her Bustle Booth questionnaire below.

“What if I don’t want to live the way you live?” — The Devil Wears Prada.

Hedwig and the Angry Inch.

Oh my God, for sure, Anne Hathaway.

“I Want It That Way” [by the Backstreet Boys].

It inspires me to think about the things I forgot when I grew up and that I want to do better today. I think of Mabel as a little girl.

“She always did the best she could.”

More like this
You Definitely Know The Voice Of Shuri's AI In 'Black Panther: Wakanda Forever'
By Brad Witter
'Black Panther 2' Star Dominique Thorne Prioritizes Her Career Over Dating
By Jake Viswanath
This New 'Wakanda Forever' Character Was Planned Before Chadwick Boseman's Death
By Grace Wehniainen
Kumail Nanjiani & Emily V. Gordon’s Relationship Timeline Is Literally A Movie
By Jake Viswanath
Get Even More From Bustle — Sign Up For The Newsletter