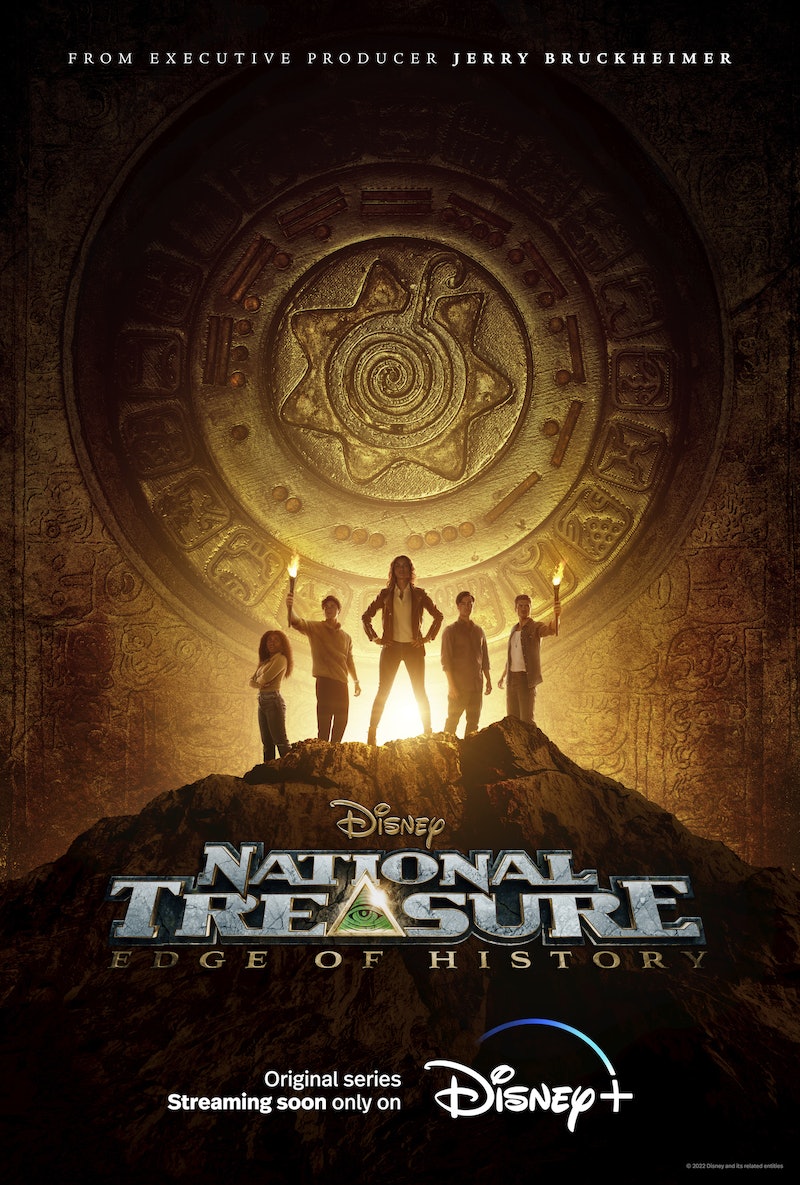 According to Deadline, National Treasure: Edge of History is a “reimagining of the National Treasure franchise” and will focus on protagonist Jess Morales. Jess is described as a “20-year-old DREAMer who, with her diverse group of friends, sets off on the adventure of a lifetime to uncover her mysterious family history and recover lost treasure.”

As Deadline announced last year, Lisette Olivera will star as series protagonist Jess Morales. And if you’re wondering if Cage will be back for the National Treasure series, you’re not alone — but unfortunately for nostalgic fans, it looks like he will not be involved. In a March interview with GQ, Cage seemed to distance himself from Disney and even that potential third National Treasure fans have been hoping for.

“When I talk about fair-weather friends in Hollywood, I'm not talking about Jerry [Bruckheimer, producer of the franchise and upcoming series]. I'm talking about Disney,” Cage told the magazine. “They're like an ocean liner. Once they go in a certain direction, you've got to get a million tugboats to try to swivel it back around.”

San Diego Comic-Con, the first National Treasure series teaser trailer was released — introducing viewers to Jess herself. A behind-the-scenes featurette also featured brief interviews with the new and returning cast, including Bartha. “What sets the television show apart — it’s a different world now,” he says. “Exploring American history was a lot different 20 years ago, and I was the young guy on set. Now I’m not.”

Then, during September’s D23 Expo, the official National Treasure series trailer debuted — teasing Jess and her friends’ treasure hunt and a glimpse at Riley Poole, too.

This post will be updated with additional details as more information on National Treasure becomes available.

More like this
The First Trailer For 'That '90s Show' Includes So Many Nods To The Original Series
By Jack Irvin, Alyssa Lapid and Grace Wehniainen
'Bridgerton' S3 Teases Exciting Social Season For Penelope Featherington
By Bustle
The 'Kenan & Kel' Reunion On 'SNL' Took A Dramatic Turn, Thanks To Keke Palmer
By Brad Witter
The ‘Emily In Paris’ Season 3 Trailer Teases Major Career & Love Crossroads For Emily
By Bustle Staff
Get Even More From Bustle — Sign Up For The Newsletter

This article was originally published on March 25, 2021