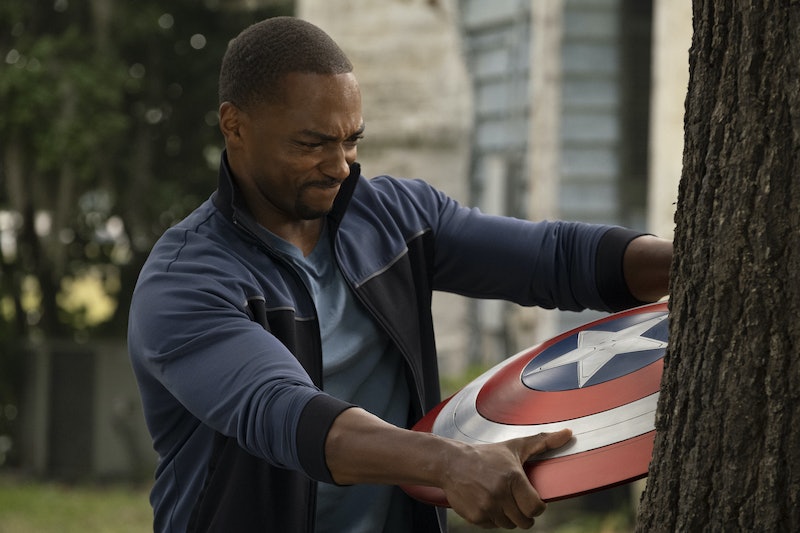 Spoilers ahead for The Falcon and the Winter Soldier Episode 1. Since the events of Avengers: Endgame, Sam Wilson has made the difficult decision to refuse the Captain America mantle, instead giving Cap’s shield to the Smithsonian as a way of preserving his friend’s legacy. As he recounts to Rhodey in the premiere episode of Falcon and the Winter Soldier, it just didn’t feel like his. However, any legacy Sam was trying to preserve isn’t left alone for very long. By the end of the episode, a new Captain America — John Walker — is introduced to the country, much to an unsuspecting Sam’s horror.

So exactly who is this guy? Though we’ve only met him briefly, the character has a long history in the Marvel comics — including some serious conflict with Sam. Here’s everything you need to know.

As showrunner Malcolm Spellman told Polygon, John Walker is part of several “incarnations of a veteran story,” in the show, “in that you do everything for a country, and then who’s there to pick up the pieces for you?” Comics readers may know that John’s brother was killed in the Vietnam War, which shaped John into someone who wanted to be a hero himself. So it makes sense that he’s eager to take up the Captain America mantle, even though it’s not really his for the taking.

In the comics, John received his strength and special abilities from Power Broker, per IGN. He then became a persona known as Super-Patriot and ultimately took up the Captain America shield. A key distinction, though: when he did this in the comics, Steve Rogers was still alive and simply stepped away from the role. To become Captain America in a world where the original Cap is dead, as has happened in Falcon and the Winter Soldier, is a different conversation — one that’s sure to rub Sam the wrong way. Speaking of which...

During another period in which Sam was serving as Captain America, John (by then a new persona, U.S. Agent) did not think the Falcon deserved the title. As comic writer Nick Spencer told CBR, “John and Sam very much disagree and see things differently, but that doesn't necessarily make John the bad guy.” Though the show and comics are of course separate stories, it seems entirely possible that The Falcon and the Winter Soldier could follow suit in a similar way, pitting John and Sam against each other and perhaps culminating in Sam finally picking up the shield, as was Steve’s wish.

Also underlying the tension between the men is a fact from the comics: as Digital Spy explained, John was chosen over Sam in the past because the government doubted that the public would accept a Black Captain America. And according to showrunner Spellman, the series won’t gloss over race as a crucial component in Sam’s journey. “I knew it was such a timely story. Sam not taking the shield is as timely and relevant to what’s going on in the world today as almost anything you’re gonna see on the news,” he told Polygon.

There might also be something sinister in the way Sam was thanked by a defense official “for coming forward with the shield” and told that “it was the right decision,” as if John Walker’s been in the government’s plan all along.