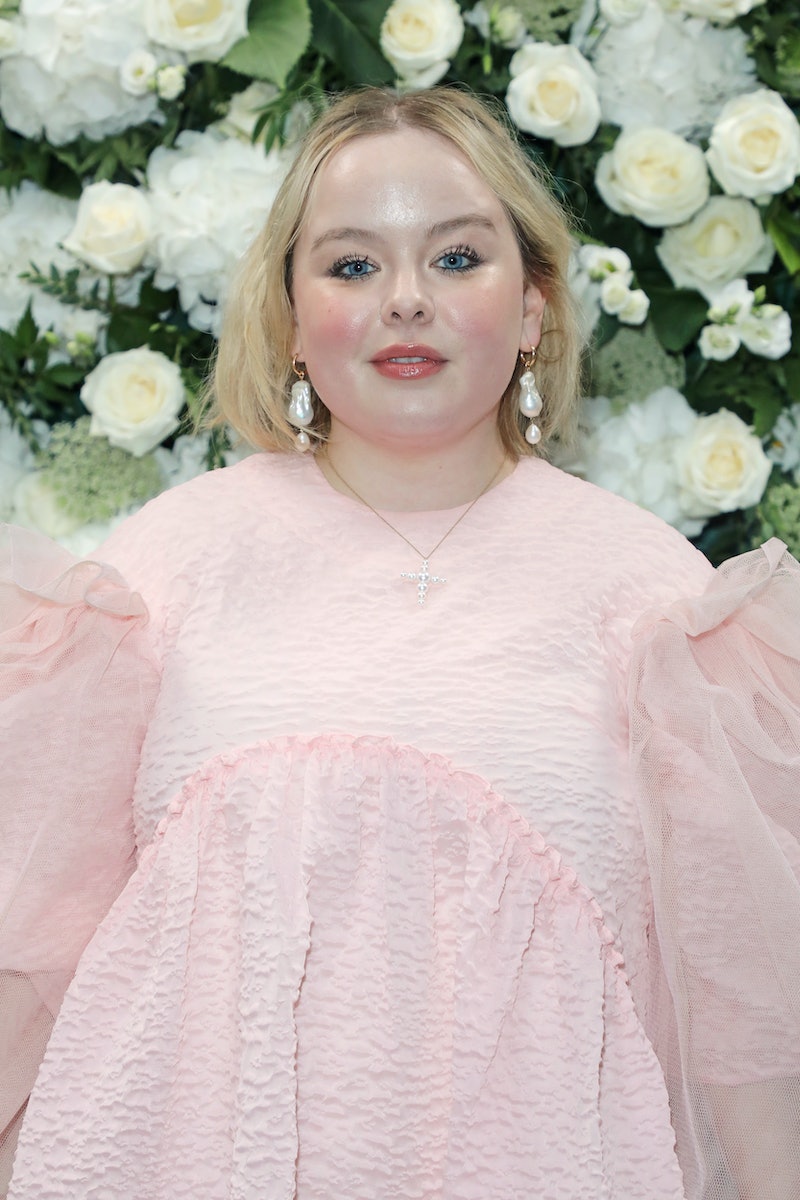 Nicola Coughlan’s will be all over our TV screens in 2022, with Netflix’s wildly popular period drama Bridgerton returning for season two and the cast of Derry Girls reuniting for their final farewell. But if you need a dose of the Irish actor sooner, then you’re in luck. Back in June 2021, Coughlan announced she had co-written a six-part audio drama series Whistles Through The Shamrocks with her close friend Camilla Whitehill and it’s set to launch before the year is out. Here’s everything we know about Coughlan’s new podcast, including how to tune in.

When & Where Is Nicola Coughlan’s Podcast Launching?

On an Instagram Page dedicated to the podcast, it has been confirmed that the six-part series will be released on November 1, 2021. Produced by Hat Trick, the podcast’s trailer has been released and can be listened to here. Whistles Through The Shamrocks will be streaming wherever you listen to your podcasts, including Apple Podcasts and Spotify.

What Is The Podcast About?

In conversation at London’s Podcast Festival, Coughlan said “Camilla and I had this running joke for 12 years with each other about the most Irish monologues we could imagine and during lockdown we finally decided to write it as a show.” The pair originally pitched Whistles Through The Shamrocks as a stage play to the National Theatre but eventually decided to go down the audio route.

The story follows the O'Flanneryn family and their many children as they struggle agwithainst the arrival of Lord Cromwell Dumblington who wants to replace their family-run business with an enormous chipping factory. When Dumblington’s daughter falls in love with one of the O’Flanneryn clan, Paddy Jonny Tommy Paddy, chaos ensues. Expect prodigal sons returning, religious mishaps, and a suspicious child-smuggling operation.

In Coughlan’s words, “The script – it’s so ridiculous, and it gets more and more ridiculous as it goes on.”

Who Has Been Cast?

Alongside the wild plot, there is a star-studded cast to get excited about. As Coughlan joked, “I’ve basically roped in people I’ve worked with on other shows by threatening them with releasing scandalous stories about them online – so we have an amazing cast.”

Derry Girls fans will be pleased to hear that, alongside Coughlan herself, Louisa Harland, who played Orla, has been cast as the Irish Matriarch, Mammy.

There will also be an appearance from Brooklyn 99 actor Stephanie Beatriz as Agent Marilyn Bigfoot. The full cast list so far can be found here.