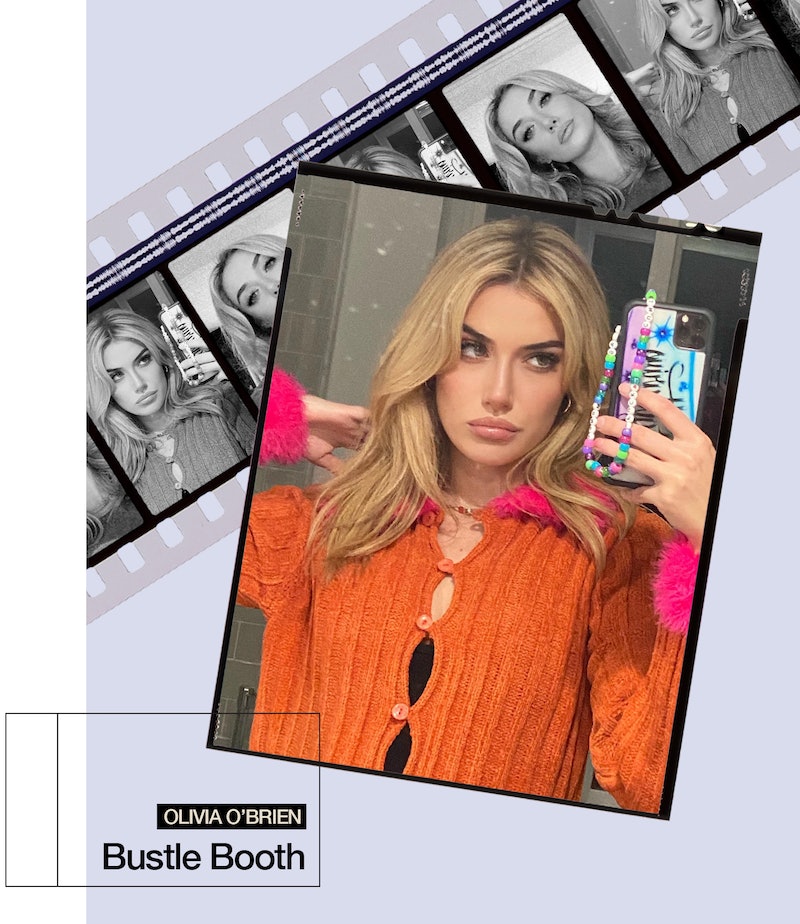 Adolescent crushes are a rite of passage, but musician Olivia O'Brien's experience of having a crush was far from the norm. Her feelings didn't stay confined to the pages of her journal; instead they became the lyrics to the chart-topping hit "hate u love u," which she wrote at 15. “My first songs were all about crushes and boys,” says O’Brien, who started writing music at 7. “It has kind of been a consistent theme throughout my life.”

Now 21, O’Brien is continuing to mine her love life for lyrics. Last year she released “Josslyn,” a searing indictment of a boy who ruined his chances with her by sleeping with someone else. While the song embodies the honest, lovelorn style that first made O'Brien a star in her teen years, it also happened to go viral on TikTok, where it became the soundtrack to a popular dance challenge, with everyone from Addison Rae to Noah Beck performing the choreography. It's now racked up over 70 million streams worldwide.

Now, O'Brien is embracing her TikTok fame, sharing her ruminations on dating and hangouts friends like influencer/Kardashian pal Stassie Baby with her over one million followers. When it came time to drop her latest single, "Better Than Feeling Lonely," she teased it on the platform, dancing around her bathroom in the hair and makeup from the music video. While O'Brien's previous videos have been poppy, vibrant affairs — like in "Now," for which she wore a hot pink velour tracksuit and performed against a variety of technicolor backdrops — her latest takes a much more stripped down approach. Filmed in black and white, "Better Than Feeling Lonely" features a '60s inspired O'Brien, dressed in a mod miniskirt with teased, Barbarella hair.

Updated aesthetics aside, it's the sentiment of "Better Than Feeling Lonely" that makes it a true O'Brien banger. Because like "Josslyn" and "hate u love u," it's rooted in love. “I want to be who I was when I was 7 years old,” O’Brien says of returning to romance in her music. “Writing songs that remind me of my childhood brings that energy back to me. It makes me feel like I am a version of myself that 7-year-old me would be really proud of.”

Get to know more about O'Brien — including her love of PEN15 — in her Bustle Booth questionnaire below.

LA, NYC, SF, Napa, Cleveland, London, Malibu, Ibiza, Miami, and Palm Springs (not sure why I have so many).

Sagittarius sun and rising with a Cancer moon.

I don't have one!

Idk if this counts but I was obsessed with the Barbie movies. I also really loved Brandy & Mr. Whiskers but there was only 2 seasons of it.

I look up to a lot of female celebrities but I’d say Rihanna and Beyoncé since day 1.

I wanna be the Bachelorette... but only in theory.

"Say My Name" by Destiny’s Child or "No Scrubs" by TLC.

That I am true to myself.

More like this
Lauren Lyle Is Keeping The Contents Of Karen Pirie’s Bum Bag A Mystery
By El Hunt
'Grey's Anatomy's New Intern Got Advice From Dr. Bailey Herself
By Grace Wehniainen
On 'The Handmaid’s Tale,' Christine Ko Fights Back
By Gretchen Smail
Everything You Need To Know About ‘Black Panther: Wakanda Forever’
By Bustle Editors
Get Even More From Bustle — Sign Up For The Newsletter