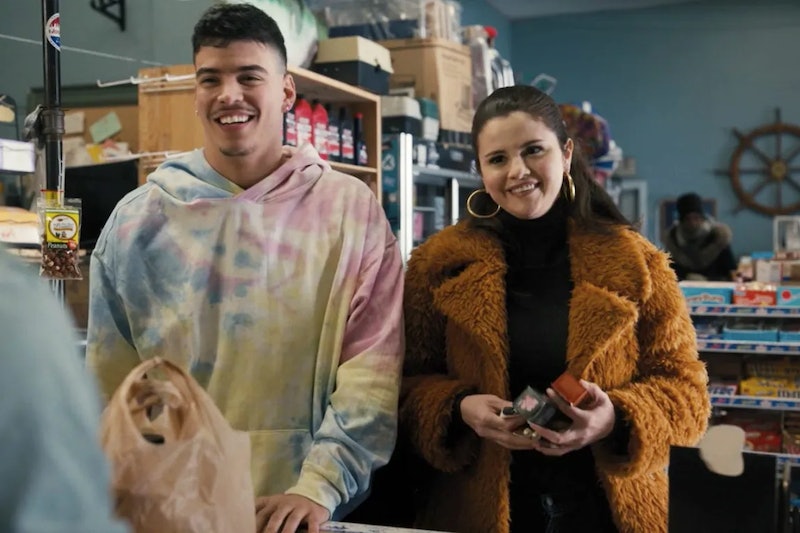 Following three strangers-turned-firm friends who share an obsession for true crime podcasts and hosting their own real-life investigations, Only Murders In The Building’s blend of crime and comedy has kept mystery buffs hooked. In Season 1, we witnessed lead character Mabel Mora (Selena Gomez) start a relationship with her childhood pal Oscar Torres (Aaron Dominguez) after he was released from prison for a crime he didn’t commit. The season ends with them happy in love, yet in the premiere episode of Season 2, Oscar is nowhere to be found. So, what’s happened to the Arconia’s long-lost boy?

At first, Oscar’s absence appears as somewhat understandable. After all, hanging about with Mabel — who is now a prime suspect in the murder of the apartment block’s board president Bunny — may not be the smartest idea. However, in episode 2, Mabel reveals that the problems lie far deeper with her and Oscar. Talking to her neighbour and pal, Oliver Putman (Martin Short), Mabel says: “I think Oscar and I are both waiting for the 'let's just be friends' text.” And with new character Alice — an artist portrayed by Cara Delevingne — now on the scene, it’s highly likely that Mabel may be too distracted to think about former flame Oscar.

Earlier this year, TVLine reported that Dominguez is no longer a series regular, though that doesn’t rule out guest appearances. In October 2021, executive producer John Hoffman hinted at an eventual return for Oscar in a conversation with Deadline. “I love Aaron Dominguez and we talked a lot about this character. I think it’s a really complicated relationship that he and Mabel have, and it’s going to be interesting to see where it goes.

“It’s born out of tragedy or around a time of great tragedy for both of them. There are certain dreams they both have that they recognise who they are together, but I think they have work to do to understand exactly who they are and if they’re meant to be together.”