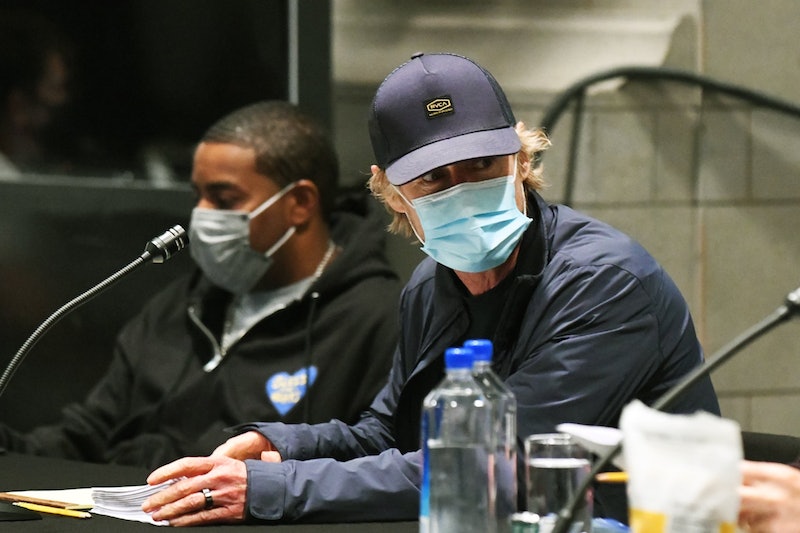 As this fall’s first host of Saturday Night Live, Owen Wilson delivered plenty of feel-good vibes throughout the Oct. 2 premiere — which just so happened to mark his first time ever leading the show. It all started with his monologue, in which the Loki star recalled a past review in which he was compared to “an old golden retriever laying next to a fire.” Wilson quickly proved, though, that this was not necessarily an insult.

“Is it the worst thing in the world,” he wondered, “being a golden retriever laying next to a fire? ... Put on your coziest flannel, and maybe we just chill out for the next 90 minutes.”

Earlier in his monologue, Wilson introduced his two brothers, Andrew and Luke, in the audience, and shared his strategy for dealing with nerves. “I’m going to use something I learned growing up being a middle child, where sometimes you’re the forgotten one, so you got to tap into this feeling with your parents — this kind of, ‘Hey, get a load of me.’” But be careful, Wilson warned: “Of course, if you tap into that feeling too much, you may find yourself at military school in New Mexico at 16 like I did.”

Despite the French Dispatch star’s prolific career and flair for comedy, he’s had his reasons for not hosting SNL until now. “I get really nervous with public speaking,” Wilson said on Kevin Nealon’s Hiking with Kevin YouTube series in 2020. “I’ve never done any of those commencement addresses or Saturday Night Live just because I get too nervous.”

Apparently, having family in the room helped ease the stress. (Wilson and his younger brother, Luke, even got to play the Bezos brothers in one pre-tape.) Viewers took to Twitter to celebrate the show’s sweetest moments, many of which centered around the Wilsons’ support of each other.