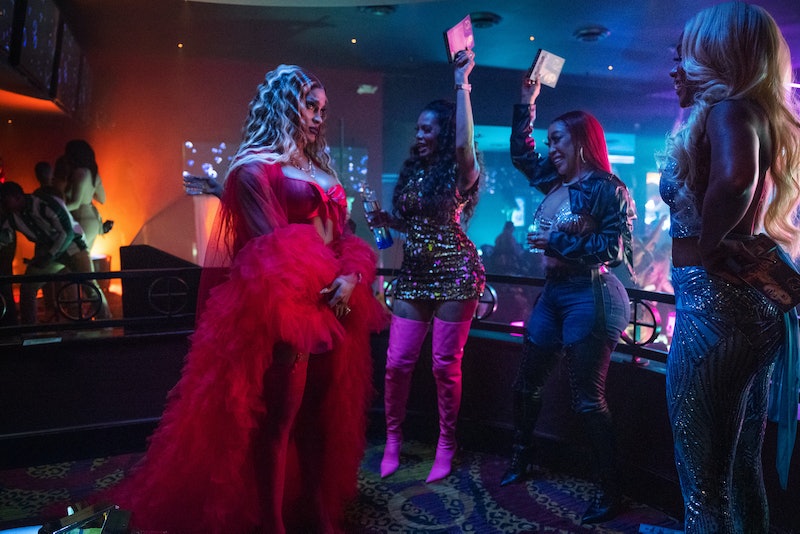 P-Valley quickly gained a devoted following after two successful seasons — but by the end of Season 2’s airing in August, Starz had yet to confirm the show’s renewal. P-Valley has earned acclaim for taking viewers to The Pynk, a popular Mississippi strip club, and introducing them to Mercedes Woodbine (Brandee Evans), a veteran dancer, and Uncle Clifford Sayles (Nicco Annan), the owner of the club. From there, audiences fell in love with Miss Mississippi (Shannon Thornton), Autumn Night (Elarica Johnson), and of course, Gidget (Skyler Joy).

Fortunately, there’s no reason to be concerned about the fate of P-Valley Season 3 anymore — because, on Oct. 20, Starz announced it would, in fact, be returning. “This layered drama gets beyond the glitz through authentic and complex characters that have captured the hearts of critics and audiences alike,” Kathryn Busby, the network’s president of original programming, told The Hollywood Reporter. “We cannot wait to see what [showrunner] Katori [Hall] has in store for us in season three.”

If you’re here, you probably can’t wait, either. Here’s what we know so far about the just-announced third season.

The show had a two-year hiatus between Seasons 1 and 2 because of production delays; the first season began airing on July 12, 2020, and the second season premiered on June 3, 2022. If P-Valley Season 3 starts filming soon and avoids production complications, fans might not have to wait as long this time around. As Hall said per THR, “it’s gonna take us a Mississippi minute before we’re back on your screens again, but best believe it’ll be well worth the wait.” Season 3 will be 10 episodes long.

It’s safe to assume that cast members Brandee Evans, Harriett D. Foy, and Skyler Joy will return for Season 3. Alongside them, Nicco Annan and Shannon Thornton are likely to come back, and there’s a good chance new faces may join the club in the future.

After Megan Thee Stallion made a cameo in Season 2, P-Valley could surprise fans again with another celebrity appearance. It could be Cardi B, who tweeted interest in appearing on the show in 2021. Hall told Entertainment Tonight that it was awesome to see the rapper validate the show. “I would love for her to come down to The Pynk,” she said.

Elarica Johnson, of course, will not be returning as Autumn Night after leaving The Pynk at the end of Season 2. “Autumn's journey felt like it was coming to an end,” she told Entertainment Weekly. “She has done what she needed to do and it was time for her to move on.”

While plot specifics for Season 3 have not been announced, Hall did open up about her creative process with Collider back in August. Though she said the Season 2 finale was “a really great way to end,” she also acknowledged that the characters are “constantly talking” to her. “I always have ideas.” Hall also revealed a few such ideas for one specific character, Mercedes, to Elle.

This article will be updated as more information about P-Valley Season 3 becomes available.

This article was originally published on Aug. 14, 2022