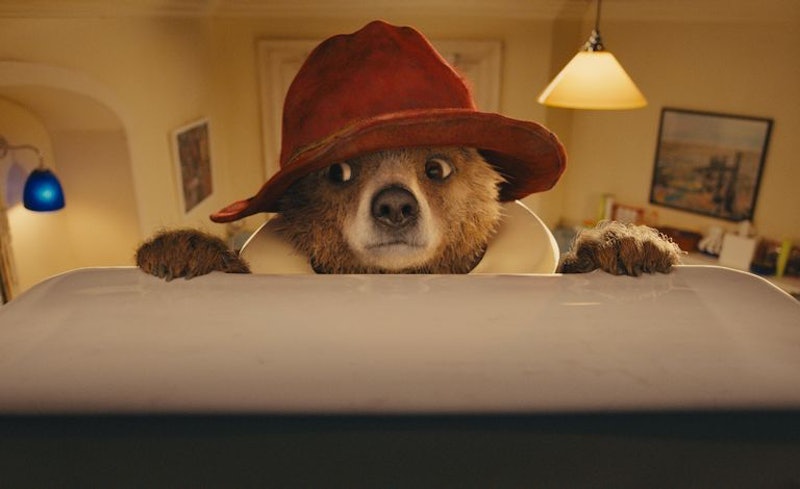 In February 2021, it was announced that the nation's favourite marmalade-eating bear would back on our screens, as the third Paddington movie was officially confirmed. After the colossal success of the first two films (I mean, did you know that Paddington 2 has now officially scored better than Citizen Kane on Rotten Tomatoes?), fans have been awaiting an update. So when is Paddington 3 out? And who will star in it? Here's everything we know so far.

StudioCanal confirmed the news earlier this week in a statement, claiming they are “working very hard on film three with the utmost craft and care — as with film one and two.” Featuring the likes of Nicole Kidman as an evil taxidermist in the first film, and Hugh Grant as actor and thief Phoenix Buchanan in the sequel, the previous Paddington movies took in a whopping £200 million (2014) and £180 million (2017) at the box office. The third film clearly has very large Wellington boots to fill – though he doesn't technically wear them in the films.

So, when will Paddington Bear get to galavant across London again? Sadly details are still scarce, but Hugh Bonneville, who plays Paddington's father-figure Mr. Brown, teased the pending movie in a recent BBC Radio 2 interview. Speaking to Zoe Ball, Bonneville revealed the film was “somewhere on the horizon.”

Ben Whishaw – who voices the famous bear in the first two films and the animated TV series The Adventures of Paddington – is expected to return alongside Bonneville.

Per Radio Times, original director Paul King confirmed that he won't be back for Paddington 3. Last year he said: “At some point, you just have to stop. It might be time for somebody else to do a twist on it. I'm trying not to do a third bear movie, which is a huge, huge mistake.”

Though we are thrilled for Paddington's return, it should hardly come as a surprise. Back in Dec. 2020, the animated bear tweeted: “I'm going to start planning some adventures, both big and small.”

Now Paddington 3 has been confirmed, there's expected to be lots of speculation about who will return and, most importantly, who will take on the role as the villain. Here's hoping for an Elizabeth Hurley cameo.