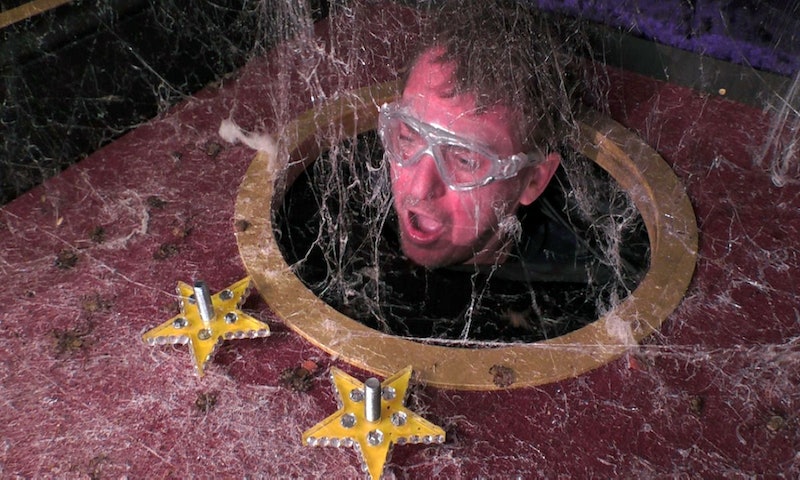 Some people feared that after moving from Australia to Wales, this year's I’m A Celebrity...Get Me Out Of Here would lose its creepy crawly factor. How wrong they were. This season has seen bugs rain down on Shane Ritchie and almost reduce Mo Farrah to tears. However, the use of insects has prompted concern in wildlife campaigners and now, reportedly the local police force. It’s been reported that the police are investigating I’m A Celebrity over fears that non-native bugs used on the show are escaping into the surrounding countryside.

This year the campmates are staying at Gwrych Castle and all of the trials are taking place there. According to the Guardian, rural crime officers from north Wales police are investigating I’m A Celebrity after complaints were made that the insects used on the show, like cockroaches, spiders, worms, and maggots, could threaten the wildlife in the local area. It’s been reported that among those who have complained were a Springwatch presenter and the RSPCA.

A spokesperson for I’m A Celebrity told Sky, “All of the insects used on I'm A Celebrity are non-invasive species. They are only ever released in a contained area and collected immediately after filming. The bugs are UK-bred and are commercially purchased in the UK for birds and exotic animal feed for pets and zoo keepers in normal circumstances. Our insects have been donated to local wildlife sanctuaries, trusts and zoos for their exotic animal and bird feed after filming."

However, Springwatch presenter Iolo Williams explained that he was appalled after seeing how the animals are used on the show and also showed concern for the animals and area that surrounds the Welsh castle. He told the Guardian, “cockroaches are the ultimate survivors, and if they survive in north Wales and escape into the wild there, what effect are they going to have? I don’t know, nobody knows … I just find it incredible that they’re allowed to do this, and I’m not being a killjoy here. Why not use fish guts, or offal?”

North Wales police said [per the Guardian], “the matter is being investigated by officers from our rural crime team.” The woods surrounding the castle are home to some very rare habitats and species. While I’m A Celebrity have faced complaints about the way animals are treated and the effect they may have on the surrounding areas they have maintained that filming is safe.