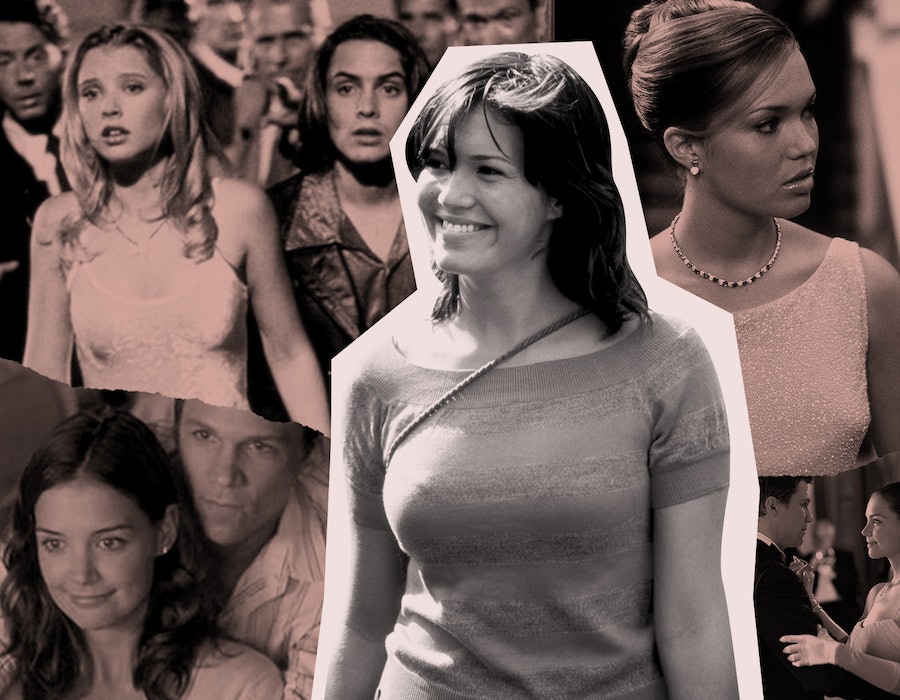 Watching the presidential election earlier this month (was it earlier this month? Was it a million years ago?) got me thinking about the mythology of the American presidency. Unlike a number of European countries, the United States doesn’t have a monarchy — the Knowles-Carters notwithstanding, obviously — which means our head of state is burdened not just with the bureaucracy of their actual job but with serving as a mascot, too. In lieu of princes and princesses, people forced into genial diplomacy because of their bloodline, we turn to the president, plus his wife and children and dogs. The first family.

Or at least, we did. Lame-duck President Donald Trump has broken more “norms” than I have the energy to document, but one was the generic “dorky dad” aspects of the presidency that have existed for decades. Whatever his politics, the fantasy goes that when the workday is over, the president throws on a baseball cap and a pair of khakis and plays fetch with his dog on the South Lawn while asking his daughter about her day at school. It’s an apolitical fantasy, as applicable to Bill Clinton and Barack Obama as it is to George W. Bush, and it was an appealing one — until Trump, whose campaign energy was very “I’m a cartoon billionaire businessman with three wives and a bunch of children whose names I may or may not be able to remember.” Whatever attracted 70 million Americans to Donald Trump as a president, it certainly wasn’t the belief that he just loves being a dad.

The apolitical “dad president” may now be a charming relic of a bygone era (say, 1993 to 2016), a period during which Americans privileged enough to be bored by politics didn’t have to think too much about the actual details of what the man in the White House was doing. During that period, it’s worth noting that all three presidents — Clinton, Bush, and Obama — only had daughters. Is that a coincidence? Probably. But if you allow me to release my inner English lit student, I think there’s a certain cultural narrative about being the father of girls that seemed attractive in a leader: It’s humanizing, softening. He’s the Man of the House, but he loves his Little Girl, and if any boy tries to date her, well, they’ll be hearing from the Secret Service (har, har, har).

In that spirit, the late ’90s and early ’00s were the golden era of president’s daughter movies. Three separate movies, all with the same basic premise, came out within a few years, two of them within a few months. For science, I decided to marathon them all — My Date With the President’s Daughter (1998), Chasing Liberty (2004), and First Daughter (2004)— to see what I could uncover about our collective fixation on power and celebrity and to determine, once and for all, which movie reigns supreme.

All three movies have the same basic archetype for the first daughter. She’s an older teenager, an already jaded first daughter who has lived in the White House for at least four years. She’s an only child who spends most of her time with adults and dresses like the Queen Mum but secretly wants to taste freedom and will run away from her service detail in order to do so.

This is the really wild part of all of these movies: They treat the first daughter like she is an alien come to Earth for the first time or the mermaid from Splash, even though she is an 18-year-old who was not in fact home-schooled in the bunker from The Unbreakable Kimmy Schmidt. Why! How! I understand the idea of a “fish out of water” is amusing, but all three movies take that premise way too far if they also want us to believe that the first daughter did not suffer a traumatic head injury at some point in her young life.

During First Daughter, Katie Holmes eats a slice of pizza after escaping the paparazzi with her new beau and nearly comes to climax at the first bite. The daughter of the president has eaten pizza before. Even if they don’t serve it in the White House (I bet they do), the character is a freshman in college and her father is running for re-election, which means that she was 14 when he first became president. She’s had pizza.

Mandy Moore’s character in Chasing Liberty can almost be excused for her naivete because the movie takes place largely in Europe, and even though she acts like she just Tom-Hanks-Big-ged into her body, we can chalk some of that up to culture clash.

The daughter in the Disney Channel classic My Date With the President’s Daughter is just awful. Played by Elisabeth Harnois, she is a nightmare mix of lite beer and Limited Too glitter and I absolutely hate her. Over the course of a single date with a nice boy (Will Friedle), she abandons him to run away to a biker bar and dance with another boy at a club, forces him to buy a jacket worth several hundred dollars that he cannot afford, refuses to let him go to the police when his car is stolen, and abandons him on the back of a stranger’s motorcycle. She is a demon of chaos and id. Will Friedle deserves better!

The winner here is a gimme because My Date With the President’s Daughter is the only movie in which the boy is an actual character and not a cardboard cutout of what some 50-year-old screenwriter imagines teenage girls think is dreamy. The film is actually from his point of view — we are joining Friedle’s Duncan Fletcher on his date with the president’s daughter, his struggle as he tries to win the bet with his friends that he’s able to find a girl to bring to their school dance. He’s a dorky, magic-loving teen with a family who justifiably gets fed up with first daughter Hallie’s increasingly insane antics. The plot of this movie is basically him trying to corral her to various locations and her acting like a godd*mn lunatic, and they have absolutely no chemistry. But Duncan remains winning through it all, with that classic late '90s boy band center-part hair flop.

In a wild twist, the love interests in Chasing Liberty and First Daughter are both undercover Secret Service agents. Matthew Goode is in the former, and at least he is pretty sexy and charming and convincing in his internal conflict of being attracted to the girl he’s supposed to be shepherding to safety. Plus: British accent.

The boy in First Daughter (Marc Blucas) is so blandly forgettable that at one point in the movie, he’s replaced as the first daughter’s Secret Service detail and it took me a second to notice.

Winner: My Date With the President’s Daughter

All three movies studiously avoid any actual details about politics at all. In none of the films do we even know if the president is a Republican or a Democrat, and though we do see protesters, the issues on their signs are always hilariously vague declarations like “lower taxes!” The daughter is always protective of her father and thinks that the public is too hard on him, but we get no actual specifics about what he is working on or cares about (“domestic policy”). The three actors playing the fathers (Dabney Coleman, Mark Harmon, and Michael Keaton) are all fully interchangeable.

Michael Keaton in First Daughter gets the edge here only because that movie is so deeply and exquisitely boring that the most interesting thing about it is the palpable sexual tension that exists between Keaton and Katie Holmes, who is playing his daughter. It’s real, I am not reading too much into this, I assure you. I mentioned above that the love interest in First Daughter has all of the sex appeal of a naked Ken doll and so Keaton comes in to fill that vacuum. I don’t like that I wanted him and Katie Holmes to make out every time they are dancing with their faces very close to one another, but I just know I did. It’s unsettling, but at least it’s interesting.

My Date With the President’s Daughter has the most involved “plot” in the sense that the most elements are at play: There’s a bet to bring a girl to a dance that he’s hiding from his date, she hides the fact that she’s the president’s daughter up front, they run away from the Secret Service, they fall in love. The B-plot is that when the president finds out that his daughter is missing, he summons Duncan’s parents to the White House and — uh-oh — they’re supporters of his opponent. The two dads have to work together to find their kids and accidentally get arrested, but them both being two comfortably wealthy white guys, they discover that they’re not so different after all and put politics aside to become friends.

In Chasing Liberty, the two Secret Service agents trying to find Mandy Moore have a cute-ish little romance and fall in love. It’s fine, except one of them is played by Jeremy Piven.

The B-plot of First Daughter is me being bored and checking Instagram on my phone.

Winner: My Date With the President’s Daughter

Little. Pink. Dress. It’s iconic, and possibly way too sexy to have been in a movie that aired on the Disney Channel.

The winner: My Date With the President’s Daughter

THE OVERALL WINNER: Chasing Liberty... Or Is It?

This isn’t an Electoral College, so individual categories don’t really mean anything here. Even though My Date With the President’s Daughter has an iconic theme song and more elements that in isolation I find compelling, the chemistry between the main characters is so lacking and the first daughter herself is so grating that even the frenzied chaotic “one night” energy of the film doesn’t give it the edge after the formulaic but competent Chasing Liberty.

First Daughter is a frazzled disgrace of a movie that never should exist. Look at this poster. No, seriously. Look at it. Has there ever been a more boring poster in the history of cinema? It is Katie “Charisma Vacuum” Holmes in jeans and a white, long-sleeved shirt, neither of which she wears in the film, standing against a plain white background. I truly cannot get over the thought of some poster design guy watching this movie and then being like, OK, gotta design a poster that captures it perfectly. And you know what? He did!

Chasing Liberty gives me the most elements that I want in a “first daughter” movie: wish fulfillment of fancy parties and fancy clothes, an attractive dad president, fun European set-pieces, and a cute love interest, ideally with a British accent.

Think about it! We get every single element that a good “first daughter” movie promises — the scenes of fancy “society parties” that our heroine secretly dreams of escaping, a motorcycle chase away from paparazzi, a handsome and British love interest. The father’s campaign for president is usually an important element in a “president’s daughter” film. In What a Girl Wants, the dad is a British lord running for prime minister. The details are different but the same basic narrative rules apply. Plus, the dad is COLIN FIRTH! Charming, winning, perfectly dad-ish, and there's zero sexual tension with his daughter, Amanda Bynes.

Wish fulfillment? Check. Europe? Check. The fashion is exquisite — both the fancy gowns and Daphne’s street style, the music is early-aughts perfection, and the boyfriend was my 10-year-old dream boy.

The results are in. All the precincts are calling it. Congratulations to What a Girl Wants for giving us what this girl wanted.