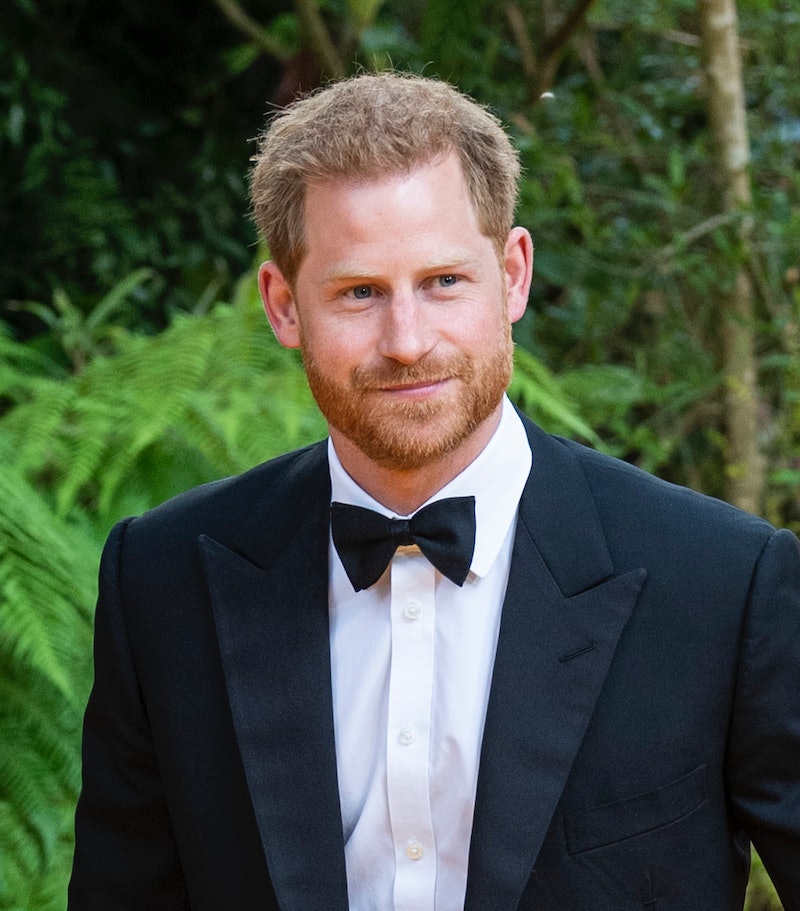 The Duke of Sussex continues to support the arts — and his friends. On Saturday, Prince Harry made a surprise cameo on BBC's Strictly Come Dancing, cheering on his close friend and fellow military veteran JJ Chalmers ahead of a performance. Chalmers, who received a video call from Harry during a training session with dance partner Ann Dowden, is a current contestant on the UK equivalent of Dancing With the Stars. Prince Harry appeared on the show to tease Chalmers, as well as offer some words of encouragement. "Nice tan, JJ!” Prince Harry joked when he first signed onto the call.

Chalmers, who sustained life-threatening injuries while on tour in Afghanistan, met the Duke of Sussex while volunteering for the Invictus Games, as per People. The military veteran was recovering from a broken neck and burst eardrums from an improvised explosive device (IED) when he first got involved with Prince Harry's annual sporting event for wounded, injured, or sick armed forces personnel. In 2014, Chalmers became captain of the trike cycling team and won a gold medal at the event.

"When I first met JJ, he was a shell of himself," Prince Harry said on Strictly Come Dancing. "But then to see you shine through Invictus and to become like yourself again, that was the start of an amazing journey."

On Strictly Come Dancing, Chalmers acknowledged the role Prince Harry played in his recovery. "The simple fact is if Prince Harry had not created the Invictus Games, I would not have had that catalyst moment that changed my life forever," he said. "I wouldn't be here without him." The contestant noted that the Duke of Sussex hoped Invictus would help a cohort of veterans "have an impact on society."

Prince Harry beamed at his friend's words and joked that Chalmers was "definitely having an impact on society now. Especially when you're wearing those tight blue shorts!” The Duke of Sussex added an encouraging message, stating: "I'm so genuinely proud that you're in this position now. You're not a dancer, proving that you can do anything you put your mind to."

The Duke of Sussex and Chalmers have been confidants and collaborators since the first Invictus Games, with the latter hosting Prince Harry's Endeavour Fund annual awards this year, as per E! News. While Dowden was starstruck by the royal's guest appearance on Strictly Come Dancing, Chalmers emphasized that Prince Harry is "a friend just like anybody else."