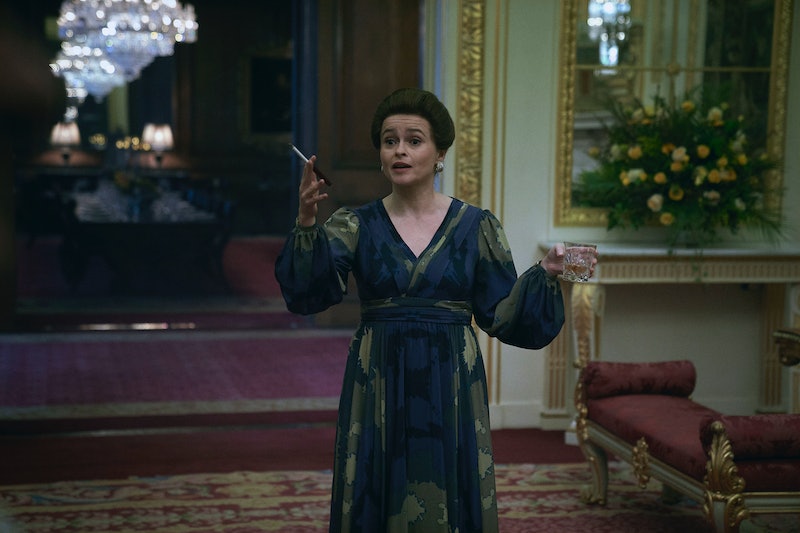 Among the many tangled relationships featured in The Crown Season 4 is the one between Princess Margaret and Derek Jennings, aka Dazzle, who begins Episode 7 by informing her he's joining the priesthood. In real life, Jennings did become a priest, but it's unclear if he ever had a fling with Princess Margaret before doing so. There's plenty of evidence that the two were close friends, but it seems Jennings' interest in the Princess may have been more spiritual than physical, as he had hoped to convert her to Roman Catholicism.

For context, the British Royal Family are adherents to the Church of England, which has a lot in common with Catholicism but does not recognize the Pope as having any authority. The family broke away from the Roman church in the 16th Century because King Henry VIII wanted to annul his marriage and marry someone else, but the Pope at the time refused to grant one. So Henry decided to become the head of his own religion — the Church of England — of which Queen Elizabeth II is now the de facto leader.

Jennings was raised in the Church of England and worked as a civil servant in the British Government’s Department of the Environment. However, he later converted to Catholicism and became so enamored with his new faith that he decided to enroll in the priesthood. By that time, he'd already befriended Princess Margaret: Irish art historian Homan Potterton wrote in his memoir Who Do You Think I Am? that Jennings "dazzled" the Princess.

According to author Noel Botham's book, Margaret: The Last Real Princess, Margaret actually wanted to convert to Catholicism but did not due so out of loyalty to Elizabeth. Dazzle was the one who encouraged her to make the switch, going so far as to arrange a meeting between Margaret and the Catholic Cardinal George Basil Hume at a 1988 dinner party. Jennings said Margaret described the night she met Hume as "one of the most rewarding, fascinating and satisfying nights of her life," according to The Catholic Leader.

Author Noel Botham also claims in his 2012 book, Margaret: The Last Real Princess, that Margaret was quite infatuated with Dazzle. “He was a great comfort to Princess Margaret but she was clearly attracted to him in other ways, too," he wrote. "She used any excuse to place herself near him, and used a variety of unsubtle ploys to let him know how impressed with him she was." But "for various reasons, which of course she well understood, he felt unable to respond to her in that way."

Margaret ultimately didn't convert, but the two remained friends, unlike they do in The Crown. Reverend Richard Coles, a friend of Dazzle's, wrote in his 2014 memoir that Margaret was among the visitors who saw Dazzle just before his death.