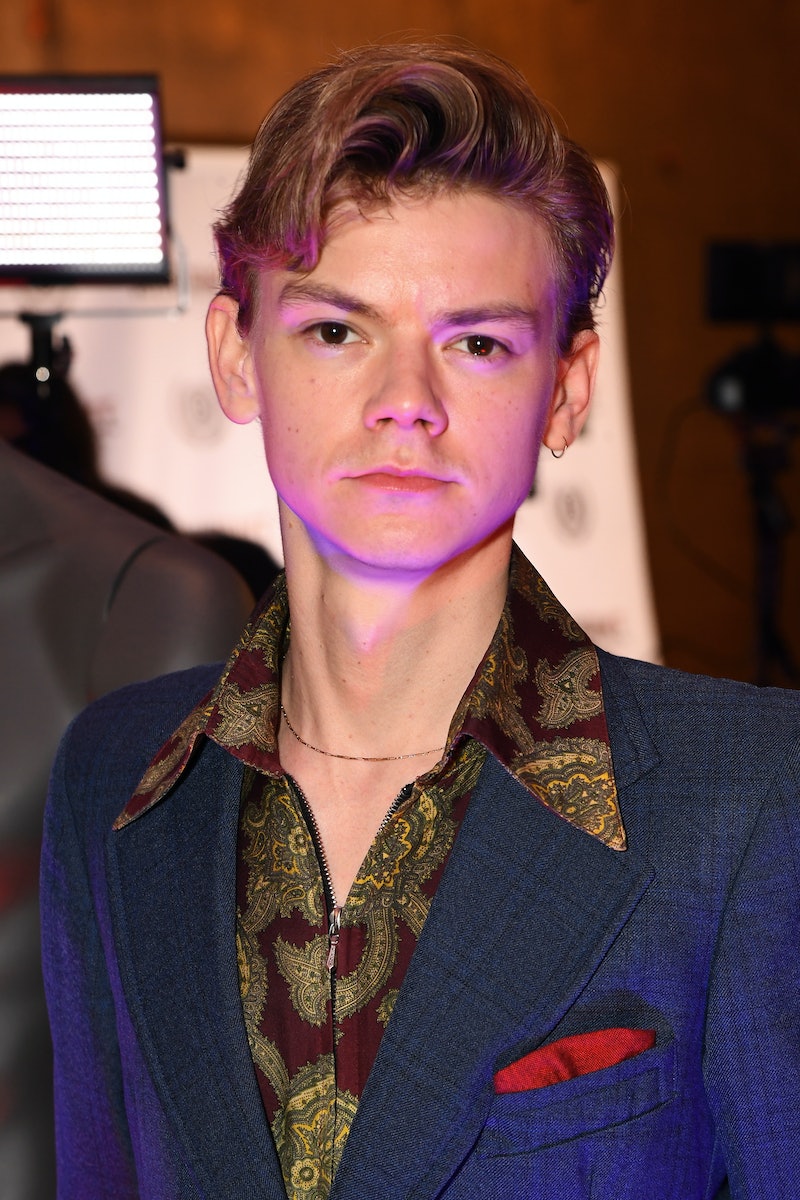 2021 has been a time, and it feels like years since The Queen's Gambit first dropped on Netflix. In reality, it's only been about four months since the dramatic chess show dominated the Netflix Top 10. (That was before Bridgerton, of course.) But the Golden Globe-nominated series remains a fan favorite for a reason. The show provided no shortage of kind, crush-worthy chess guys to love — especially the enigmatic cowboy-esque Benny, played by Thomas Brodie-Sangster. Now, the actor reflects on growing up in the industry and starring in beloved films like Love, Actually as a child.

In an interview with Mr Porter, Brodie-Sangster described the complex dynamic of being a child actor. "I hated, hated, hated being spoken down to in any way or mollycoddled as a child," he told the journal. Without referencing a particular project, he continued, "So, when I’d go on set, everyone would just treat me as just another person hired to do a job, and I loved that sense of responsibility. But, I mean, that must affect how you develop and grow as a person."

Going on to describe striking a healthy balance between work and fun growing up, Brodie-Sangster added, "I could be the professional… then come home and still surround myself with toys and sit for hours in my room and just play." He went on to say, "That’s how I looked at acting: It is just playing around, it’s not that serious; it’s just putting on voices and pretending to be someone else for the day, which is all I did at home with my sister anyway."

And even though the Queen's Gambit star is 30 years old now with an impressive filmography to his name, Brodie-Sangster said he's okay with people remembering him as the "cute little kid from Love, Actually." "I don’t think Love, Actually is going to go anywhere. I don’t mind that, that’s fine," he said.

More like this
Here’s Everything Coming To & Leaving Netflix In October
By Jake Viswanath
What’s New On Netflix: Meet 'The Real Bling Ring'
By Arya Roshanian
What’s New On Netflix: Camila Mendes & Maya Hawke 'Do Revenge'
By Arya Roshanian
Maxim Baldry Plays This Pivotal Role In 'The Lord Of The Rings' Universe
By Maxine Harrison
Get Even More From Bustle — Sign Up For The Newsletter