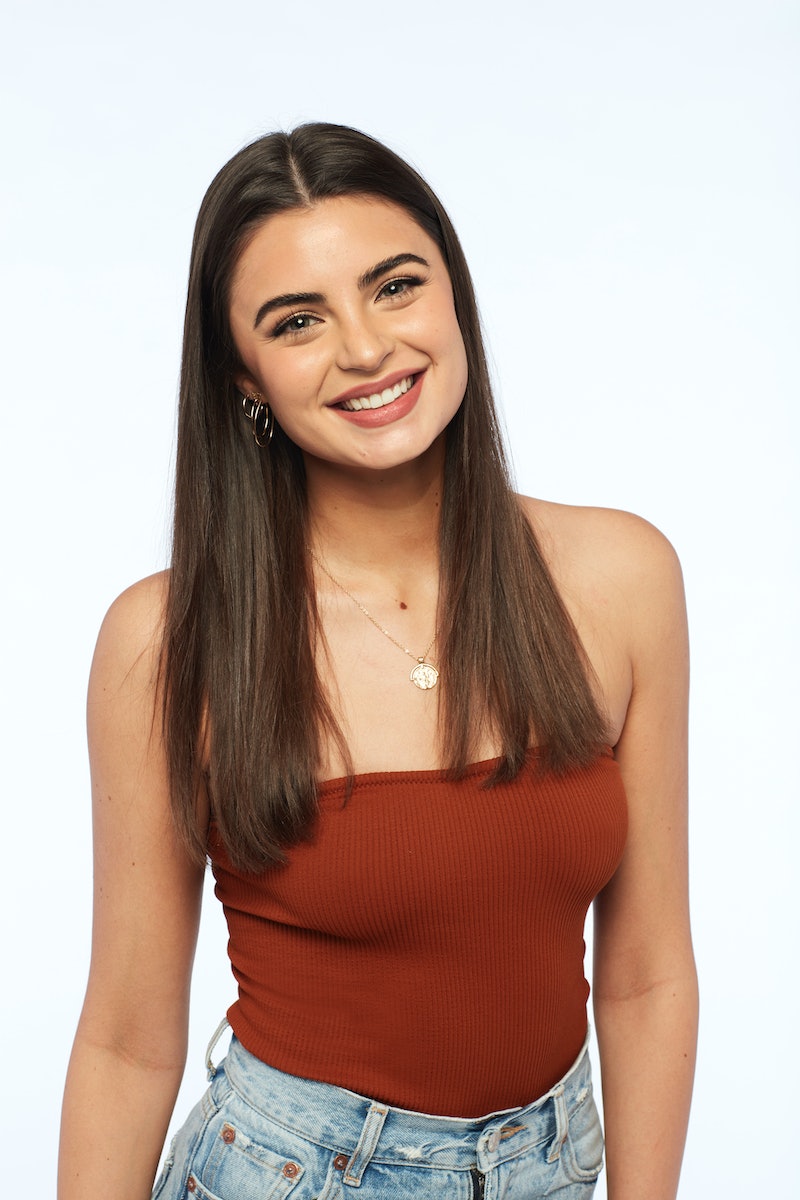 Following the ongoing controversy about the reality star's past racist behavior, Rachel Kirkconnell defended Rachel Lindsay against harassment from Bachelor fans. The Season 25 finalist urged her followers to take "the opportunity to make a positive difference" and "be better." Kirkconnell, who is currently a front-runner on Matt James' season of The Bachelor, has been facing criticism from fans and members of Bachelor Nation since problematic photos of her and accusations of racist actions surfaced on social media in early February.

On Feb. 10, Bachelor host Chris Harrison defended Kirkconnell during an interview with Lindsay on Extra, bringing both his and her behavior under further scrutiny. Harrison's comments were quickly denounced online, and the host ultimately "stepped aside" from the show indefinitely. Lindsay, who has been encouraging the franchise to prioritize diversity both on- and off-camera since becoming the first Black Bachelorette in 2017, received a slew of racist hate online in the aftermath. On Feb. 26, after the flood of "rude, hateful" comments, Lindsay deactivated her Instagram account.

Kirkconnell, who apologized for her actions on Feb. 11, condemned the hate directed at Lindsay on Instagram. She wrote, "If you are choosing rather to spread hate, to send cruel, vicious messages, to be mad about people being hurt by racism...de better. Be better." The reality star also said that the accountability others have called for is "needed" and reminded followers "every person you send hateful messages to, is human." She added that Lindsay "should not have to disable her account to escape this toxicity."

This statement followed Kirkconnell's initial apology on Instagram, in which she acknowledged her harmful behavior. "I am sorry to communities and individuals that my actions harmed or offended," she wrote in the statement. "I am ashamed about my lack of education, but it is no one's responsibility to educate me." The reality star also added in the caption that her "statement and apology is for the people of color that I have offended, if you do not identify as BIPOC then it is not your apology to accept."

Many current Bachelor stars and alumni also took to social media to defend Lindsay over the weekend. On Feb. 27, her Bachelor Happy Hour co-host Becca Kufrin posted a picture recording with Lindsay on Instagram, writing, "I love you, I stand by you and I support you in whatever way, shape, or form that's needed." Lindsay's Higher Learning podcast co-host Van Lathan defended her on Instagram as well, saying, "Rachel is not responsible for Chris Harrison, a 49-year-old man who can't read the room in these present 2021 times. She's not responsible for that."